- This was Mike's first show in Jakarta since Linkin Park's show there on September 21, 2011.

- This is the first time 'World's On Fire' opened the encore on its own.

- This was the first time on this leg of the Post Traumatic Tour that 'In Stereo', 'Hold It Together', 'Wisdom, Justice, And Love', 'Iridescent', 'Lift Off', 'Heavy' and 'It's Goin' Down' were performed. 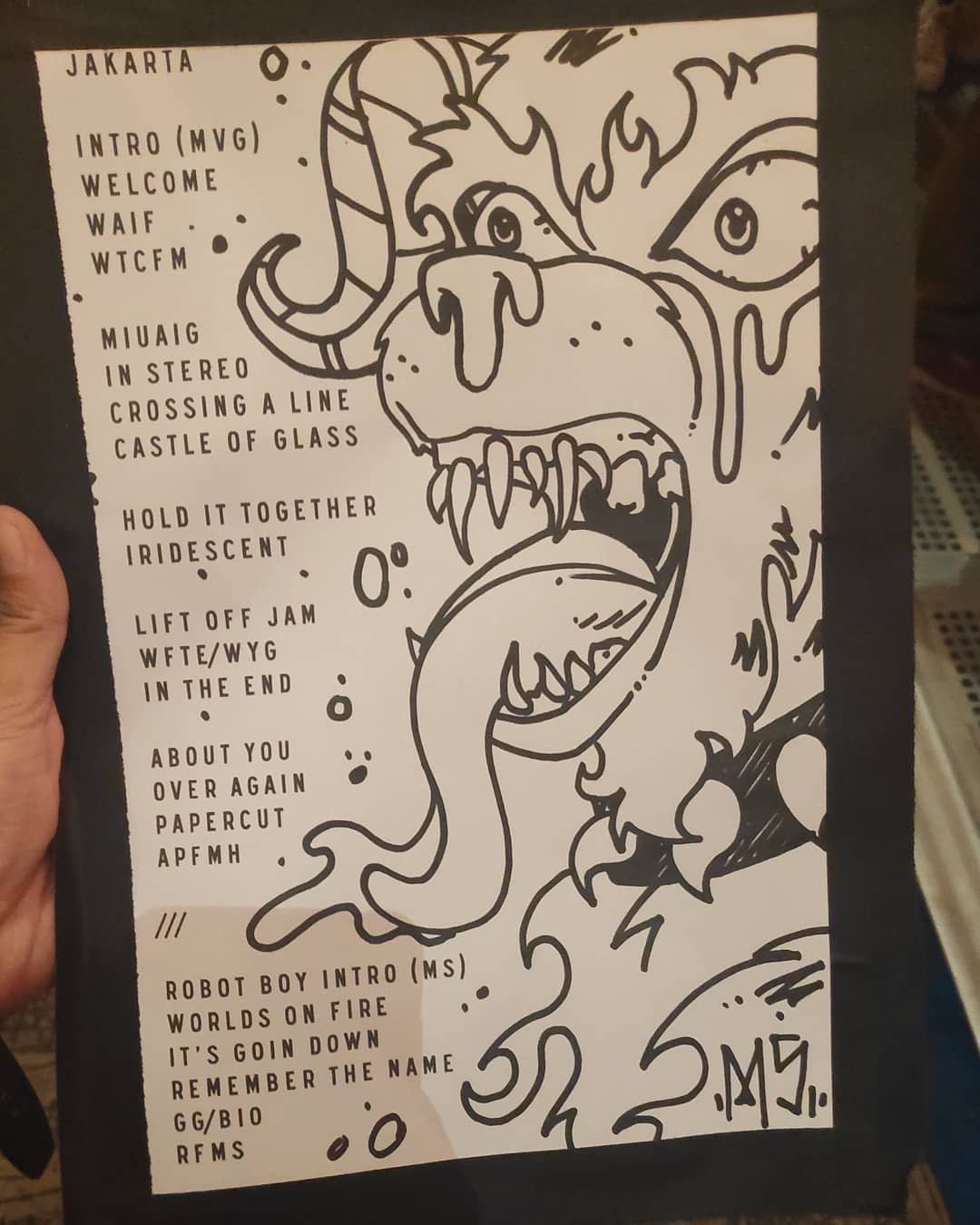