- Dan performed a drum solo during the bridge of 'Sorry For Now' before Mike rapped the first verse and chorus of 'High Voltage'.

- 'High Road' was played for the first time this tour. It was last played 2018.11.09 Denver, CO, the only time it was played on the Monster Outbreak Tour. The song came as a request from a fan who made a sign for it.

- Don Broco was announced to open all of the German dates of the tour on February 28, 2019.
- Before the show, 'High Road' was soundchecked.

Comments: Incomplete, ends on 'Castle Of Glass'. Taper ran out of memory and switched phones before 'In The End' but switched back during 'World's On Fire' after freeing space. 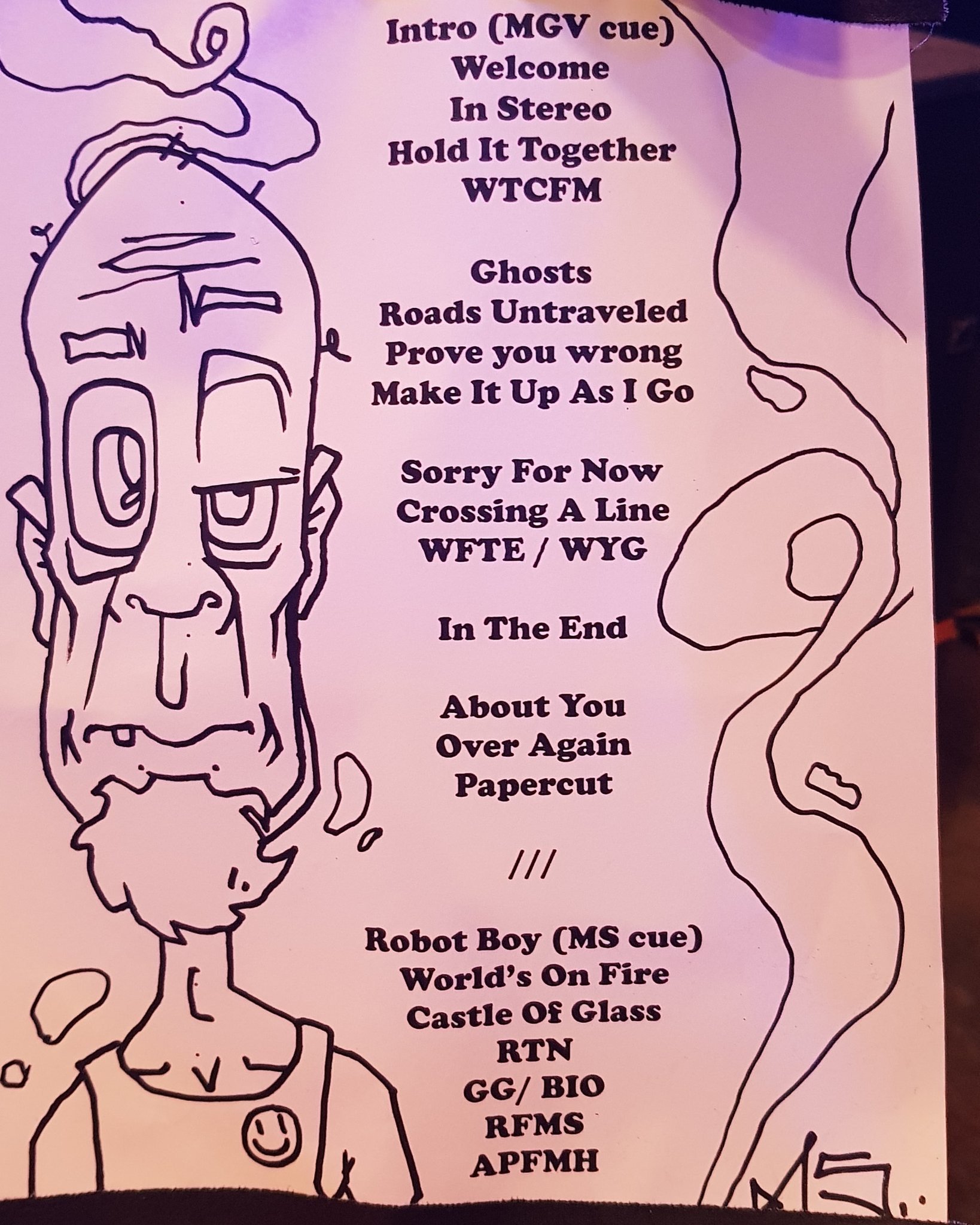