Previous Show
Back to Mike Shinoda 2018

- Mike played 'Lift Off' in full for the first time, albeit a different structure than the studio version. AmirSaysNothing joined him for the song. The song started with the demo verse of 'Lift Off', then Amir rapped the first verse of his song 'Employee Of The Month', then Mike rapped the demo verse of 'Sorry For Now' before finally Amir rapped part of the second verse of 'Employee Of The Month'. The band did a short jam session to end the song, too.

- During the bridge of 'Sorry For Now', Mike talked to the crowd and threw merch bags out. Dan didn't perform his usual drum solo.

- 'Lift Off' was played in full for the first time. The demo verse of the song had previously been done over the bridge of 'Sorry For Now' throughout the tour.

- This was the only show of the tour that was completely sold out. 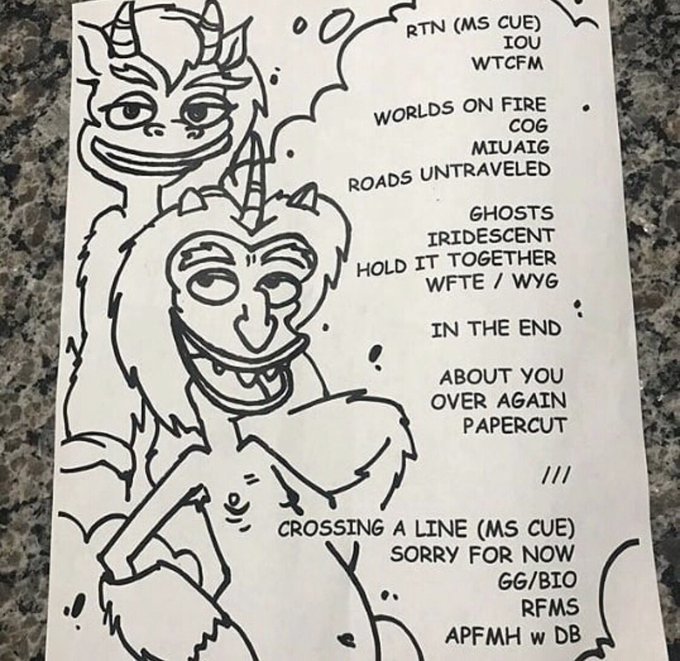