- Mike took the stage at 7:54 PM, making it one of the earliest starts he's had all tour.

- Dan performed a drum solo over the extended bridge of 'Invisible.'

- Mike put on a mask and a unicorn hat that he got from the crowd after 'Roads Untraveled.'

- Before 'In The End,' Mike talked about memes.

- Mike added 'Until It Breaks' to the set after 'World's On Fire.'

- The band rehearsed 'Hold It Together,' 'Robot Boy,' 'World's On Fire,' 'Invisible,' and 'Lift Off' (which was mashed up with lyrics from other songs) at soundcheck. 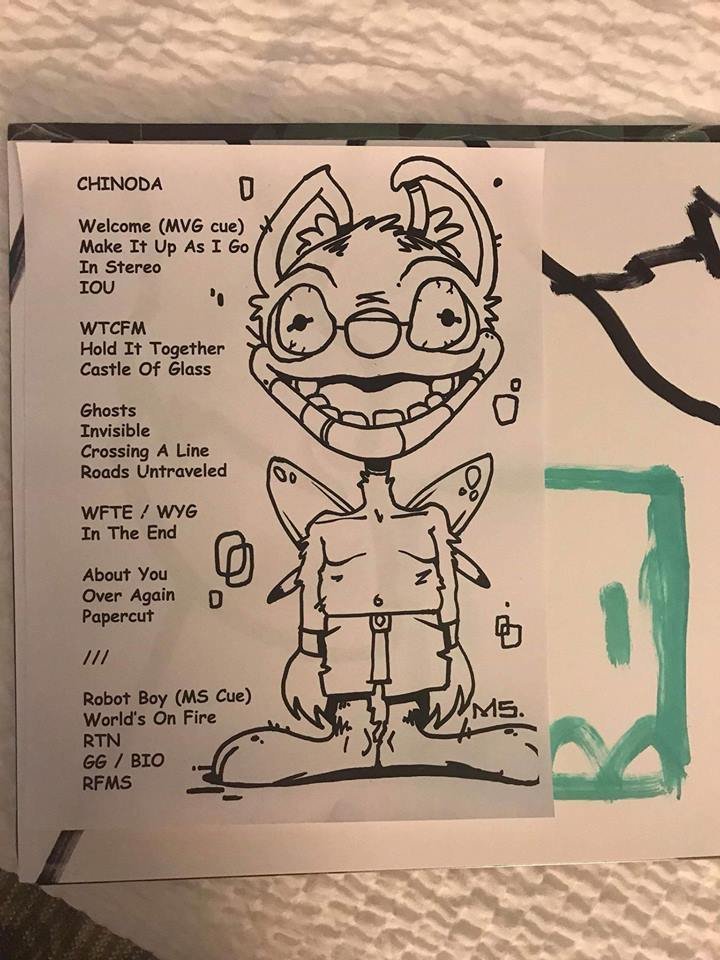