- Mike revealed that 'Castle Of Glass' was a song worked on during the A Thousand Suns sessions before performing it. He even remarked, "If you're from the LPLive or LPAssociation communities, you're probably going: "Wow, that's so cool! I didn't know that!'"

- Mike confirmed that this leg of the tour would be the final one for the Post Traumatic Tour during the start of 'In The End.' He spoke about how much the fans have helped him through the journey of the album cycle.

- This was the first time that 'World's On Fire' was played without 'Robot Boy' preceding it since 2018.11.17 Silver Springs, Maryland.

- On August 20, 2019, this show was moved from New Taipei Metropolitan Park to ATT Show Box. 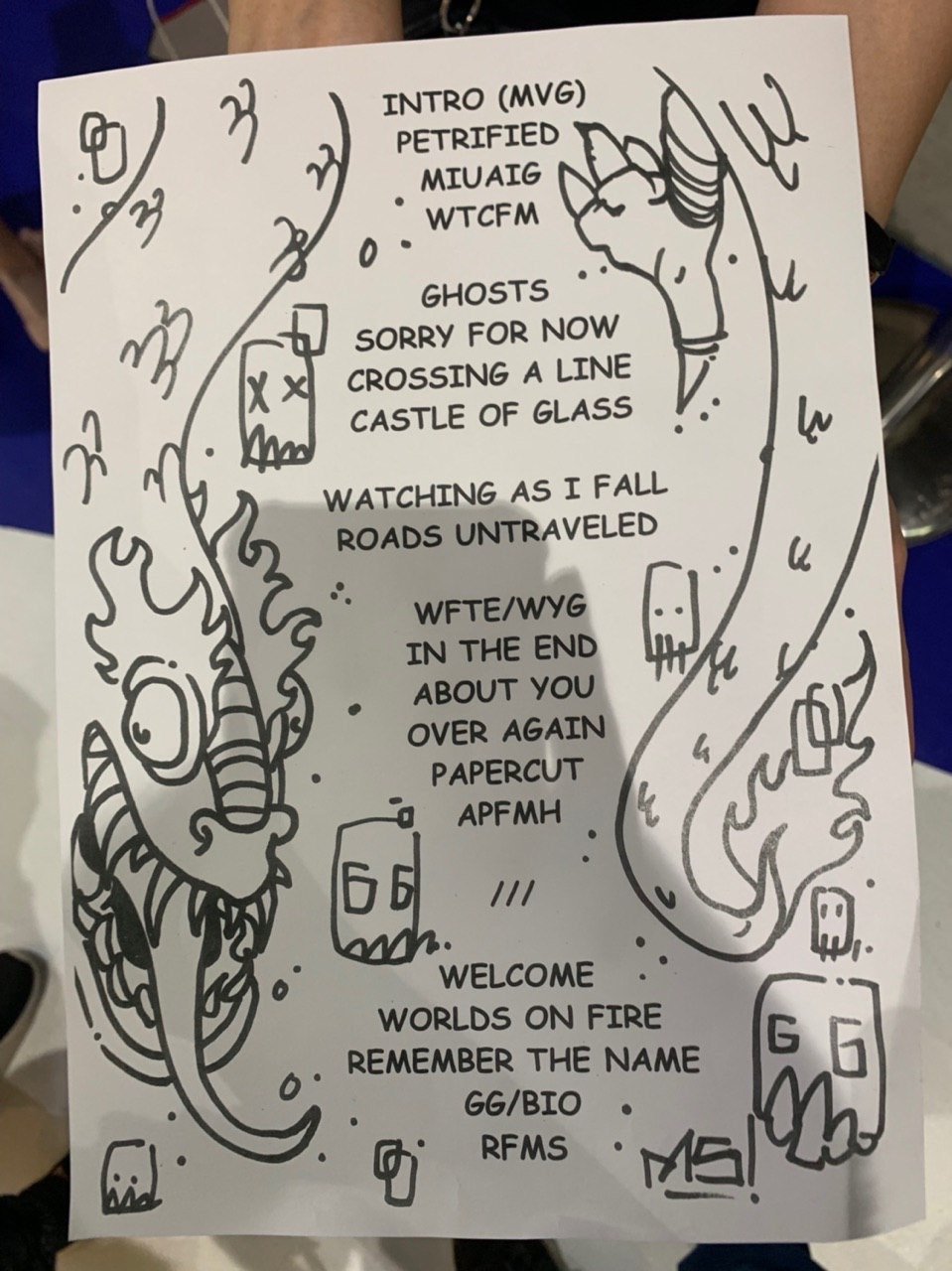