- Before the show, Mike posted on his Instagram story that he planned on playing at least one song in some form from every Linkin Park, Fort Minor, and Mike Shinoda album.

- Mike rapped his verse from 'Second To None' and the second verse of  'Keys To The Kingdom' over the bridge of 'Sorry For Now'. This is the first time the 'Keys To The Kingdom' verse has ever been played and the first time since 2007.08.13 Raleigh, North Carolina the 'Second To None' verse was played, where he rapped it over the intro to 'Points Of Authority'.

- Dan performed a drum solo during the bridge of 'Invisible.

- During the live version of 'Lift Off', Mike rapped the first verse and chorus of 'High Voltage' for the first time since 2019.03.26 Tel Aviv, Israel and his verse from the Nick Catchdubs remix of 'Skin To Bone' for the first time ever over 'Lift Off'. The verse was last performed during Mike's Solo Medley in 2015.01.15 Orlando, Florida. During the 'High Voltage' part of the jam, Mike's loop function stopped working, so he had to make a new loop on the fly.

- Mike rapped part of 'Numb/Encore' over the intro of the piano version of 'Numb'. This is the first time 'Numb/Encore' has been played since 2017.07.06 Birmingham, London.

- Mike rapped the first verse from 'Enth E Nd' during the piano version of 'In The End' in place of the second verse, which is the first time 'Enth E Nd' has been played in any form since 2006.08.13 Chiba, Japan when Mike was touring with Fort Minor.

- After being performed as a brief instrumental the previous show, the studio version of 'Wisdom, Justice, And Love' was played at this show for the first time since 2019.03.25 Tel Aviv, Israel.

- Mike performed a mashup of 'It's Goin' Down' and 'Step Up' during the encore.

- This is the first time 'I.O.U.' and 'Invisible' were played on this leg of the Post Traumatic Tour.

- This is the first time 'Keys To The Kingdom' has been played live in any form as well as the first time a song from The Hunting Party was played during Mike's solo tour.

- The mashup of 'It's Goin' Down' and 'Step Up' was played for the first time. 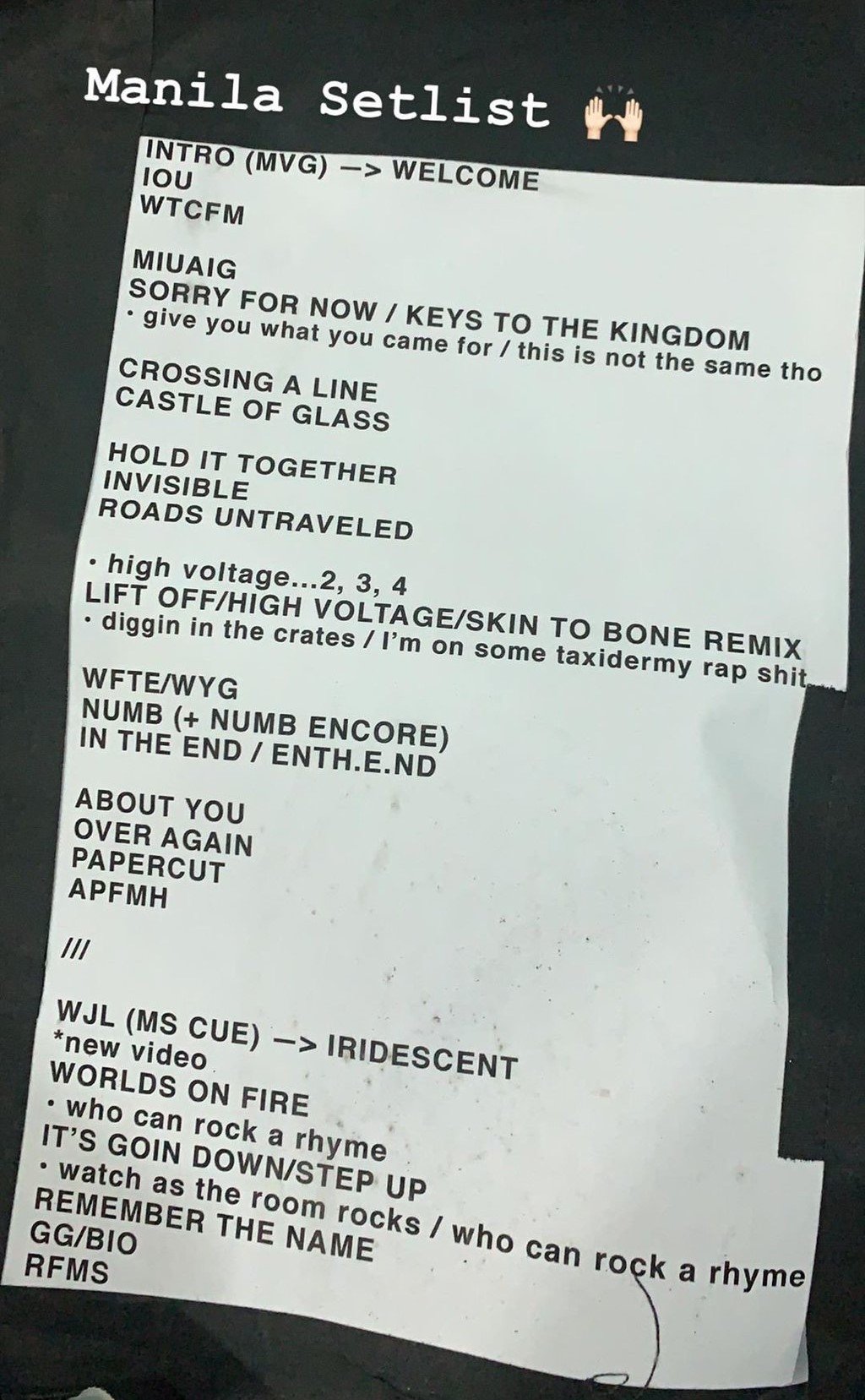 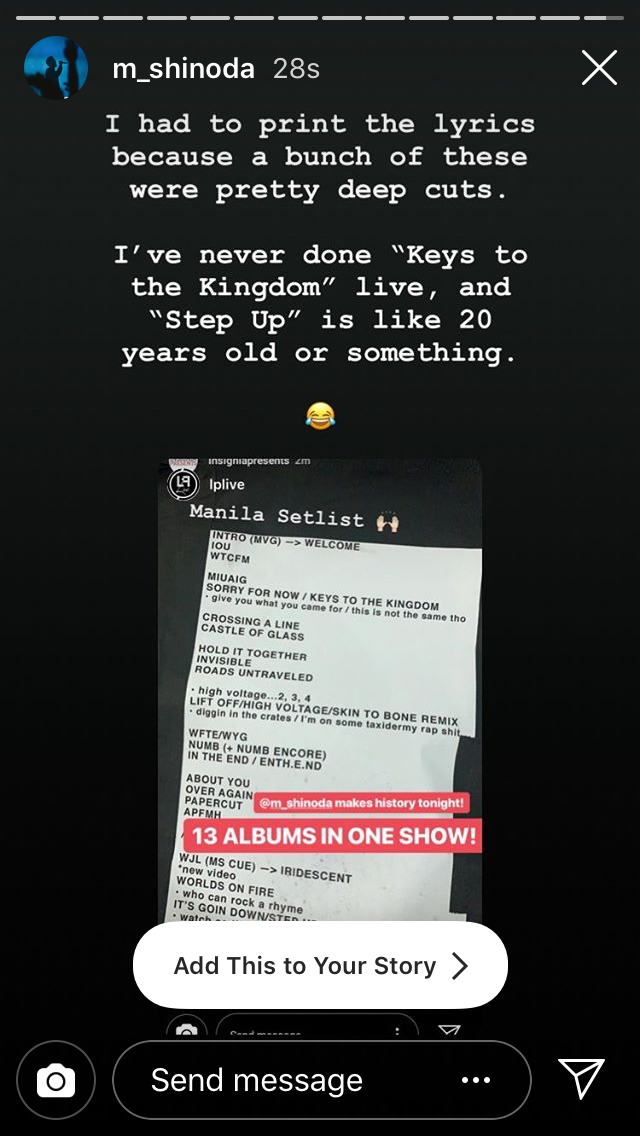