- For the intro of 'By Myself', Chester said "What I really want to know is...." before screaming "You ready?" three times instead of his usual scream during the intro.

- Before 'Crawling', Chester mentioned how the show sold out in just eight minutes.

- After 'A Place For My Head', Chester apologizes for his pants coming down and for fans seeing his ass.

- 'Sweet Child O' Mine' was played during the 'Forgotten' bridge. After the song, Mike asked for some fans to throw their frisbees on stage so he could play with Chester.

Comments: 'Crawling' only. Uploaded later after the webcast by KROQ.

Comments: Censored. 'By Myself' is missing and 'Sweet Child O' Mine' during the 'Forgotten' bridge was cut out as well as speeches mentioning the KROQ radio station. The song order is slightly mixed up.

Comments: Censored. 'A Place For My Head', 'Forgotten' and 'One Step Closer' are missing. Has an interview with Mike and Chester. 'By Myself' is taken from KROQ AAC 2001. The song order is slightly mixed up.

Comments: Very shaky filmed. Left shot. Warpings at the top of the screen. 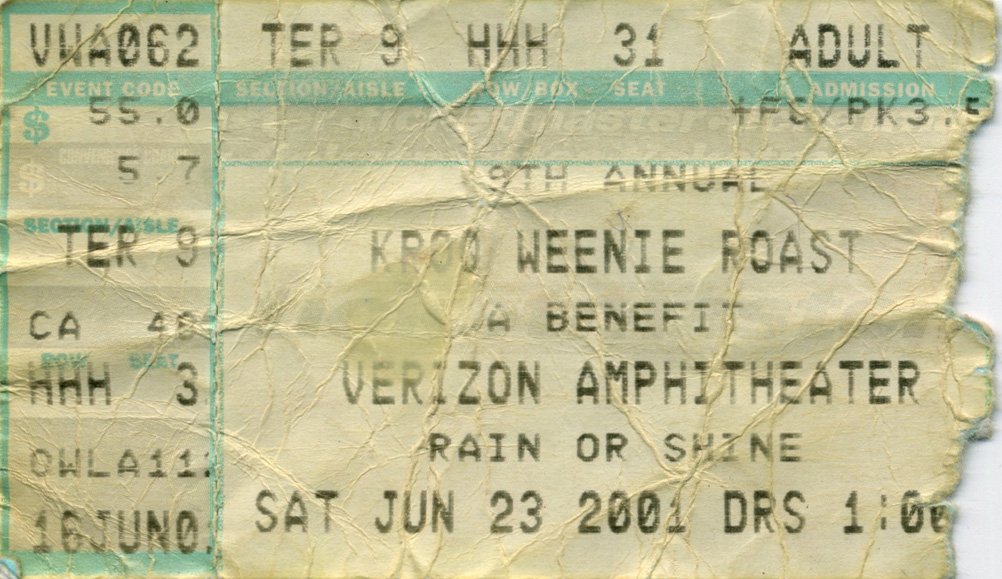