Previous Show
Back to Mike Shinoda 2019

- Right after 'Petrified', the microphones on stage died for around ten minutes. Mike decided to perform the piano version of 'The Catalyst' for the crowd while they were being repaired.

- Ed Majcina, Mike's tour security, played guitar on the bridge and ending of 'Watching As I Fall'.

- Jim Digby, production manager, joined Mike on 'High Road' as it is his favorite song and Mike added it to the live show at Jim's request back in summer 2018.

- Israeli singer Shelly Peled joined Mike on 'Make It Up As I Go'. Mike went into the crowd during the song.

- This second show was added to the tour on January 22, 2019.
- Mike mentioned in a promo video for this show that his drummer Dan Mayo, who is from Israel, is the reason that the Post Traumatic Tour visited Israel. 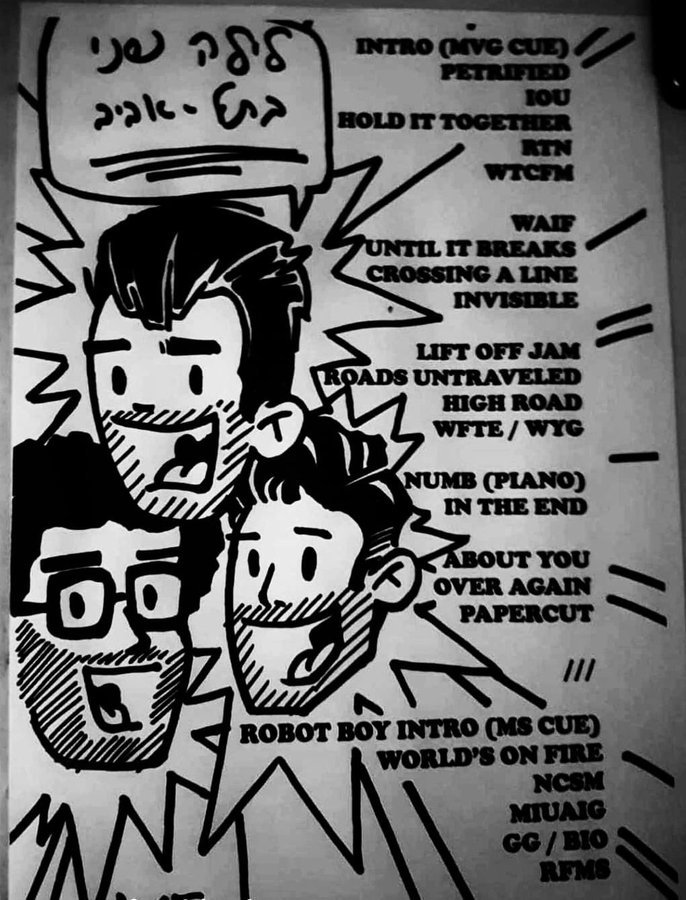