- Dan performed a drum solo during the bridge of 'Sorry For Now' before Mike rapped verse one and the chorus of 'High Voltage'.

- Mike mentioned in a promo video for this show that his drummer Dan Mayo, who is from Israel, is the reason that the Post Traumatic Tour visited Israel. 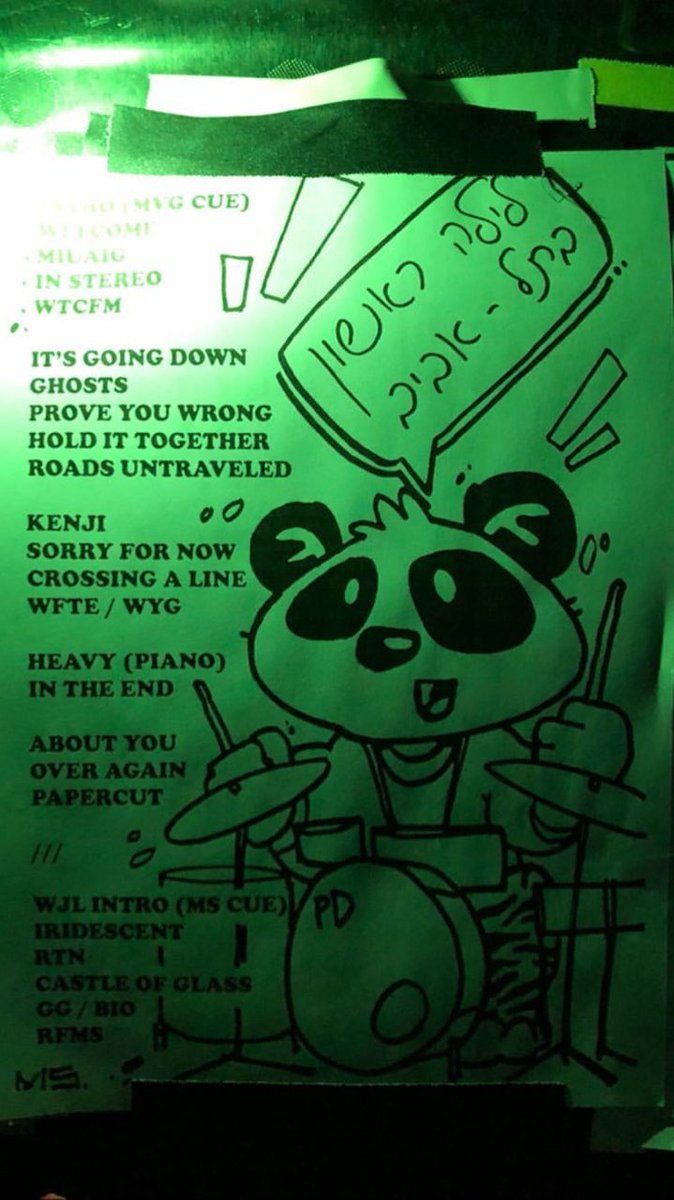