- 'It's Goin' Down' was moved down into the main set after primarily being performed in the encore.
- Dan performed a drum solo during the bridge of 'Sorry For Now' before Mike rapped the first verse and chorus of 'Step Up.' This is the first time since 2009.08.11 Okinawa, Japan that the song has appeared in a set in any form. Mike didn't know the lyrics, so a fan gave him their phone so he could read the lyrics off of them.

- Eg White joined Mike to perform 'One More Light.' This was the first time since 2017.10.17 Los Angeles, California that the song was played.

- Jon Green played guitar and did vocals with Mike for both 'Battle Symphony' and 'Nobody Can Save Me.' This was the first time since 2017.10.17 Los Angeles, California that both songs were played (Jon Green was also part of those performances).

- This was the first time that 'One More Light,' 'Battle Symphony,' and 'Nobody Can Save Me' were performed by Mike on tour. Earlier in the cycle, Mike cited these tracks as songs he couldn't play due to their emotional weight. 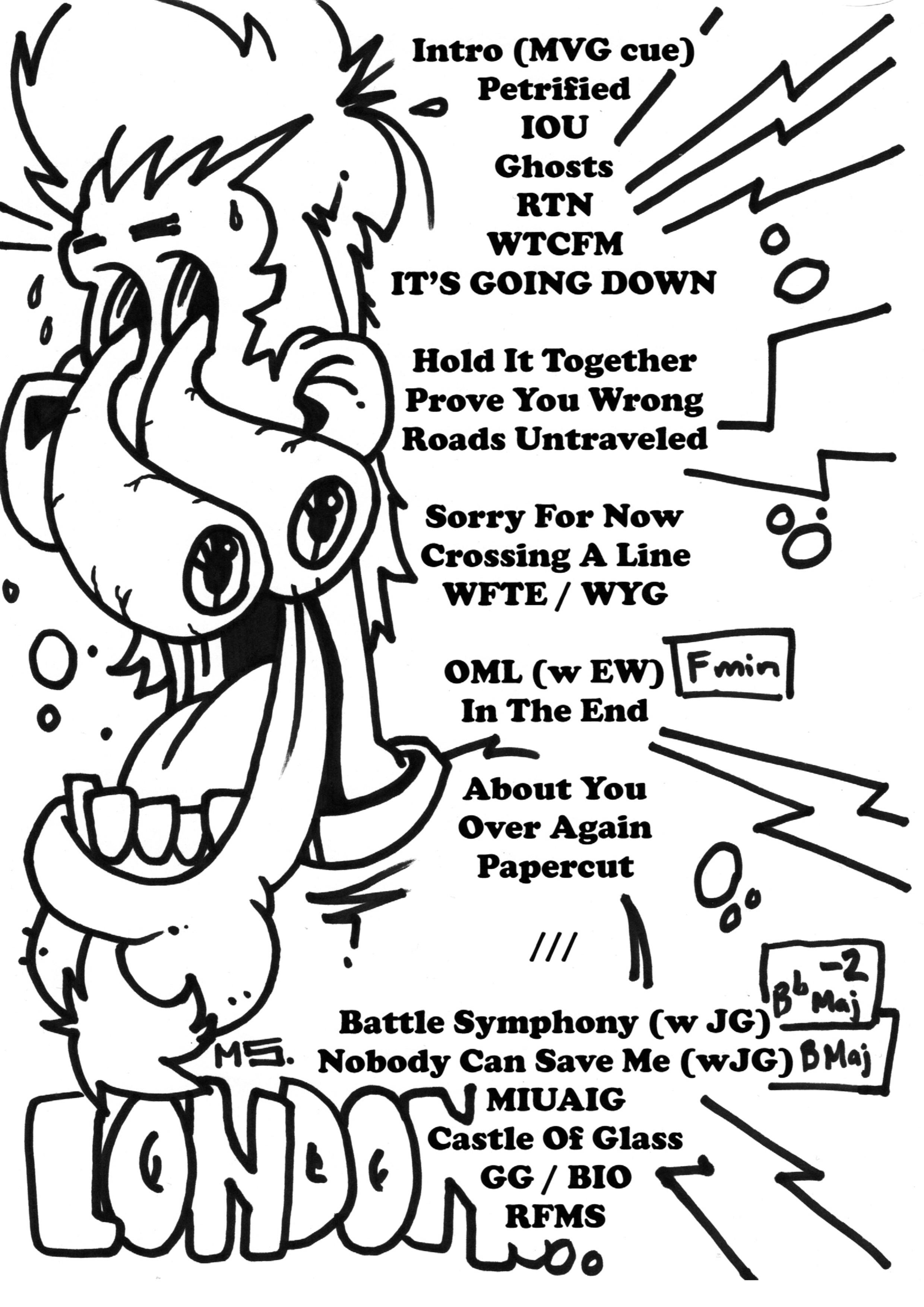 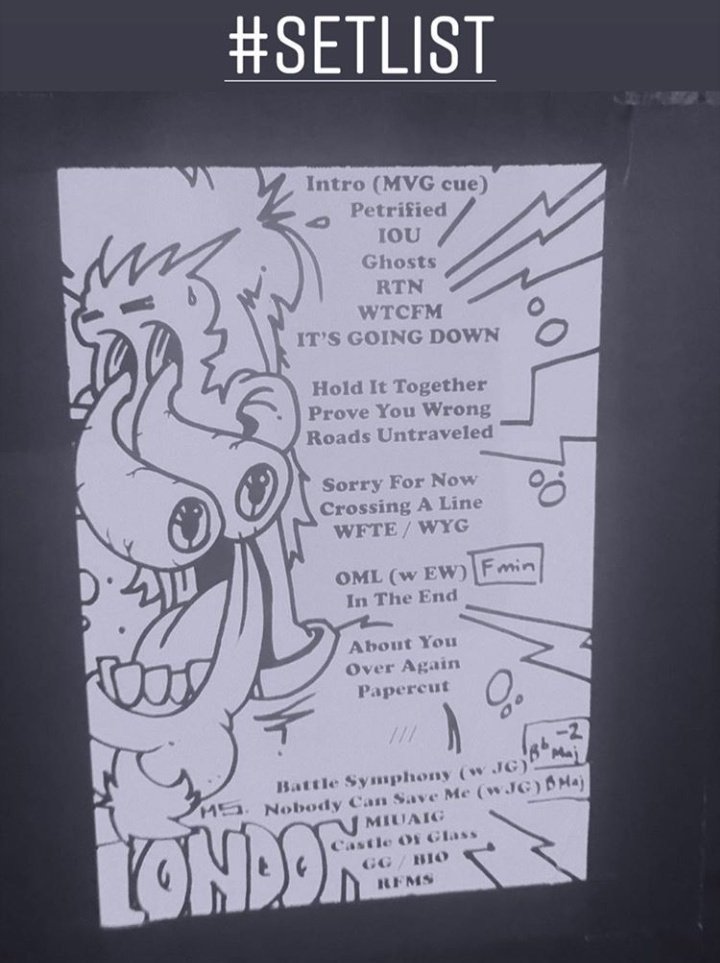