- Mike played an improv sample intro to 'Hold It Together'. Mike and Dan continued extending their outro to the song that began at the show prior, in Bremen.

- After 'Ghosts', a fan requested 'No Roads Left'. Mike thought about it but said that it would lead to the crowd requesting "a ton of shit."

- Dan performed a drum solo during the extended bridge of 'Sorry For Now' before Mike rapped the first verse of 'Hands Held High'.

- Before 'In The End', Mike told a story about listening to The Prodigy in high school, driving around headbanging, referencing the death of The Prodigy's lead singer Keith Flint the day prior.

- Members of Don Broco joined Mike for 'A Place For My Head' to close the show. The song was listed as second to last on the setlist, before 'Running From My Shadow', but was played after it.

- Don Broco was announced to open all of the German dates of the tour on February 28, 2019.
- Before the show, 'Hold It Together' and 'Until It Breaks' were soundchecked.

Comments: Shared by the taper on DIME the day after the show. 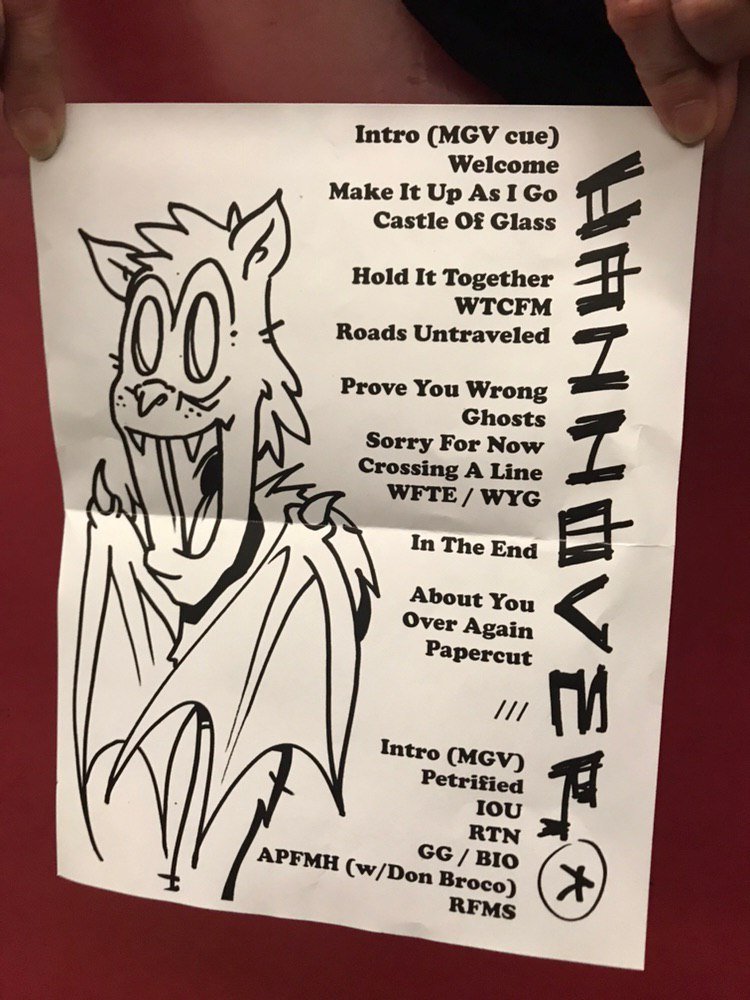