- Mike and Dan performed an extended outro to 'Hold It Together' for the first time.

- Before 'Roads Untraveled', Mike said it had been five years since he had visited the city with Linkin Park and that he'd be performing songs that were a bit different than at that show.

- 'It's Goin' Down' and 'Prove You Wrong' were not on the printed setlist. Mike saw a fan's sign in the front row for 'Prove You Wrong' and said that they were just learning the song, but he decided to play it.

- This was the first time that 'Prove You Wrong' was performed live.

- This was the first time on this leg of the Post Traumatic Tour that 'Until It Breaks,' 'Hold It Together,' and 'It's Goin' Down' were performed.

- Don Broco was announced to open all of the German dates of the tour on February 28, 2019.
- The soundcheck before the show included 'In Stereo', 'Roads Untraveled', 'Hold It Together', 'Prove You Wrong', and 'Watching As I Fall'.

Location: from the pit (~11 row in front of the drums) 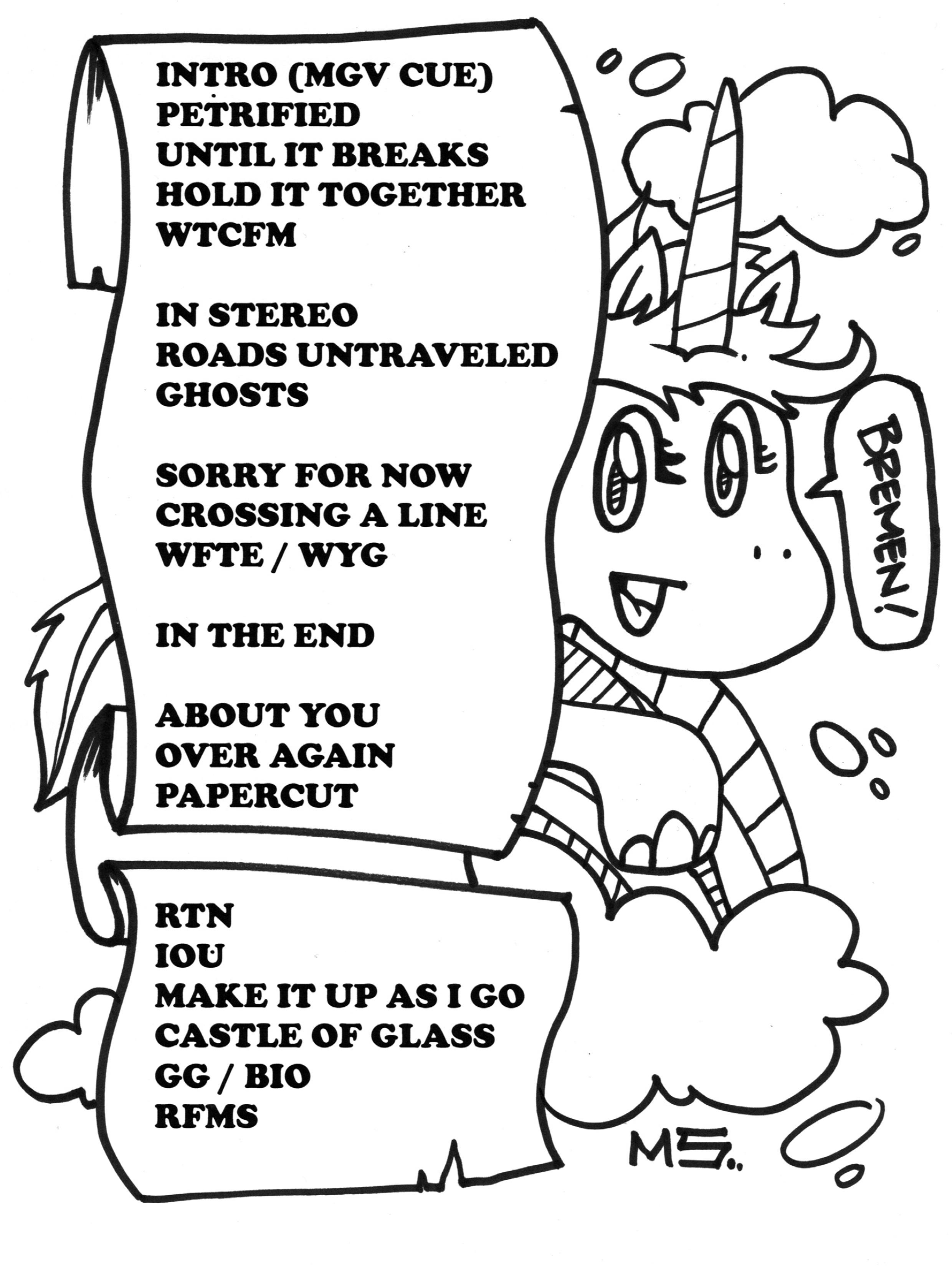 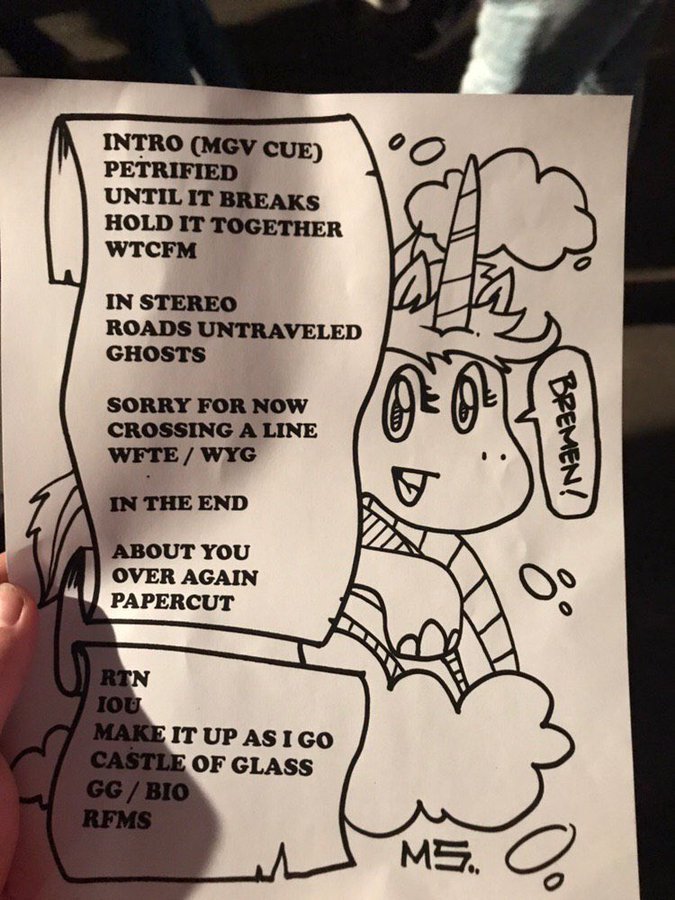