- Matt and Dan left the stage before 'Heavy' and returned halfway through 'Over Again.'

- After many requests for it at the meet & greet, Mike acknowledged the want for 'High Voltage' before 'Heavy.'

- Fans held up signs that said "We are #LPFamily" during 'In The End.'

- 'High Road' was written on the physical setlist, but was replaced by 'Kenji.'

Comments: Full show uploaded to YouTube the day after the show. 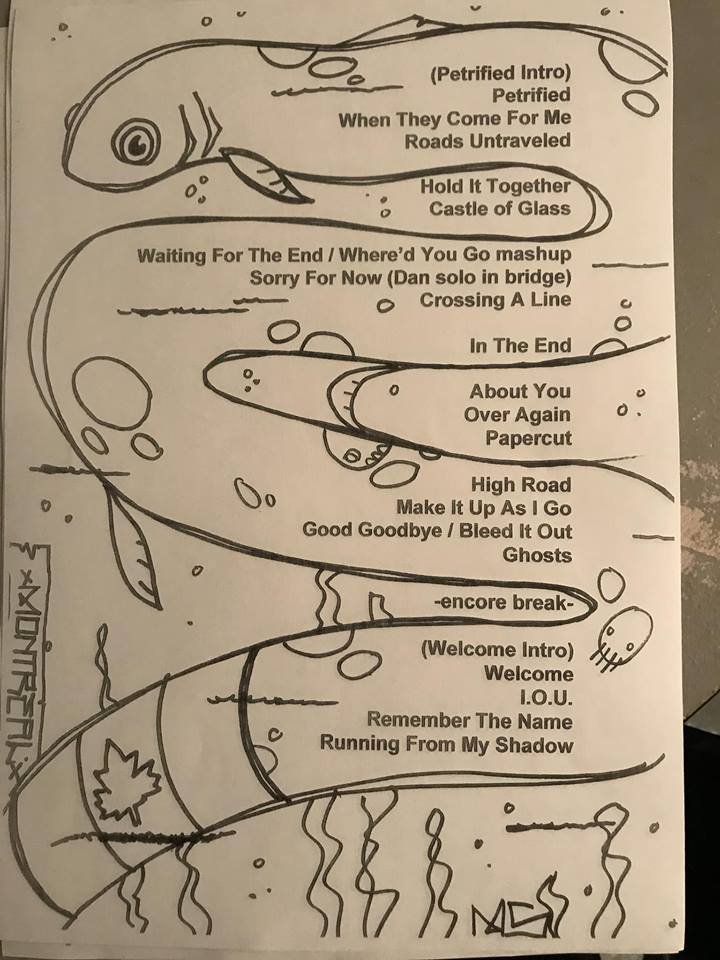