- Mike performed with the Post Traumatic cover backdrop behind the band on the stage like he did at previous festival appearances.

- Mike opened with 'Remember The Name' for the first time on the Post Traumatic Tour. This was the first time since 2006 that the song opened a show - it used to open all the Fort Minor shows during their original run. Mike started the song by rapping the chorus without an instrumental.

- Mike brought up LPLive member Peppe Park on stage to play guitar on 'Roads Untraveled.' The same fan previously asked to play guitar on 'Faint' when Linkin Park played in Italy in 2015.09.06 Roma and 2017.06.17 Monza, but unfortunately that didn't work out.

- A fan fell down after 'Roads Untraveled,' prompting Mike to bring back the iconic quote: "If somebody falls down, pick them up!"

- Mike performed 'Sorry For Now' for the first time during a short festival set. Dan performed a drum solo during the extended bridge.

- Mike talked about the last month of the tour in Asia and Europe during the intro of 'In The End,' thanking Matt, Dan, and the crew and how uncertain he was at the start of the tour but how confident he is now. 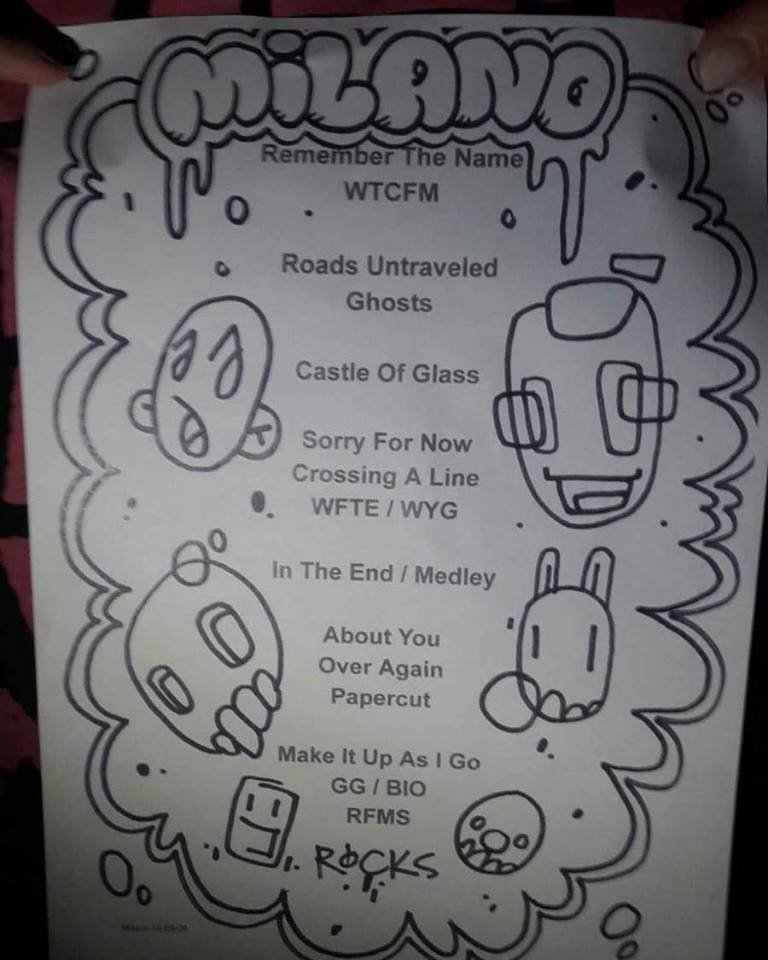