- Before 'In The End,' Mike spoke about Chester being a tourist in Korea. "He was always such a joyful energy... he would just walk into a room and the energy would double. With that said, I don't want this to be a somber thing. I want you guys to sing this as loud as you can."

- Mike went into the crowd during the 'Good Goodbye' and 'Bleed It Out' mashup.

Location: Center of the crowd, behind the main pit

Comments: Cuts in during the second verse of 'Welcome.' Uploaded to YouTube a few days after the show. 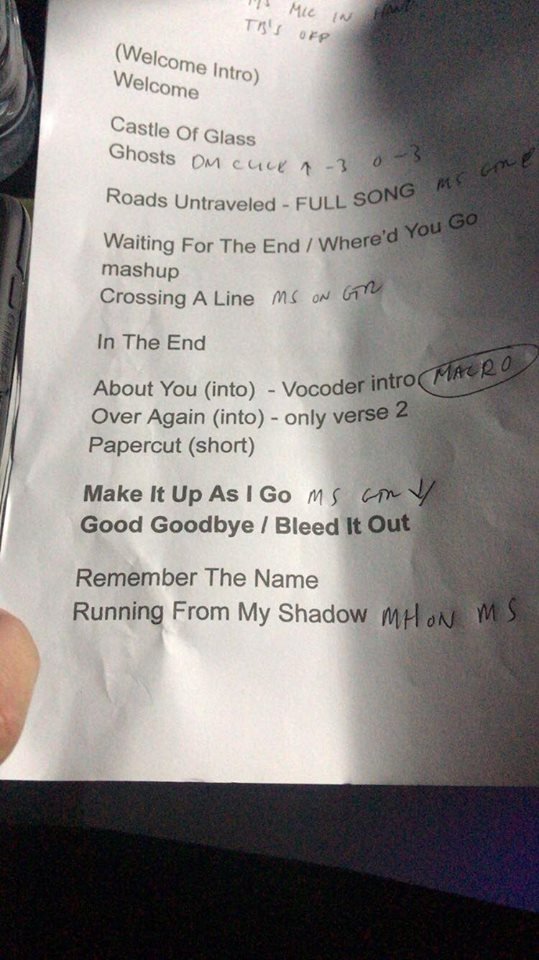