- When asked about the biggest band Grey Daze had opened for and the overall biggest Grey Daze show, Grey Daze's manager Kerry Rose mentioned this show among several others: "We did a big NY's Eve show opening for Vince Neil, when he was doing a solo tour. We also opened for Seven Mary Three. I'm drawing a blank on other bands at the moment. The biggest show I remember producing was a show that we headlined at the Electric Ballroom where we had 1,500 paying customers. It was shortly after the release of No Sun Today."

- The show was advertised as "New Year's Eve/The Party Of The Century: Vince Neil With Very Special Guest!", so Grey Daze's appearance was not directly announced beforehand. 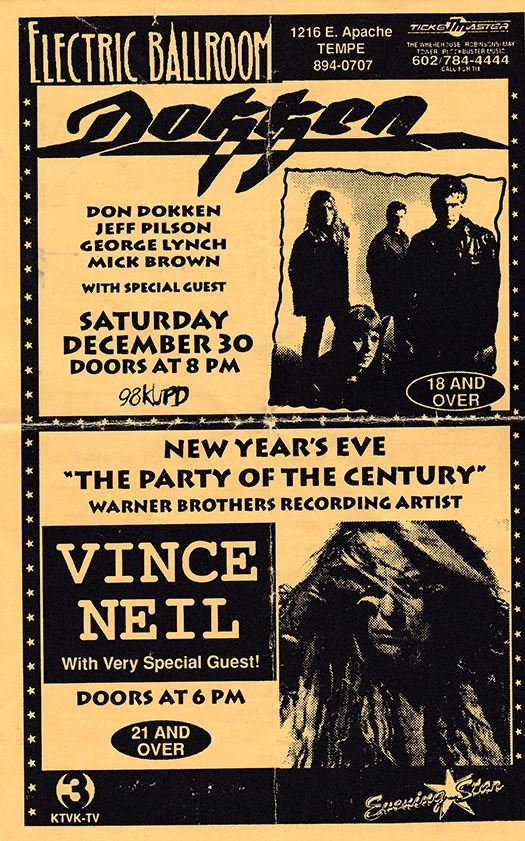 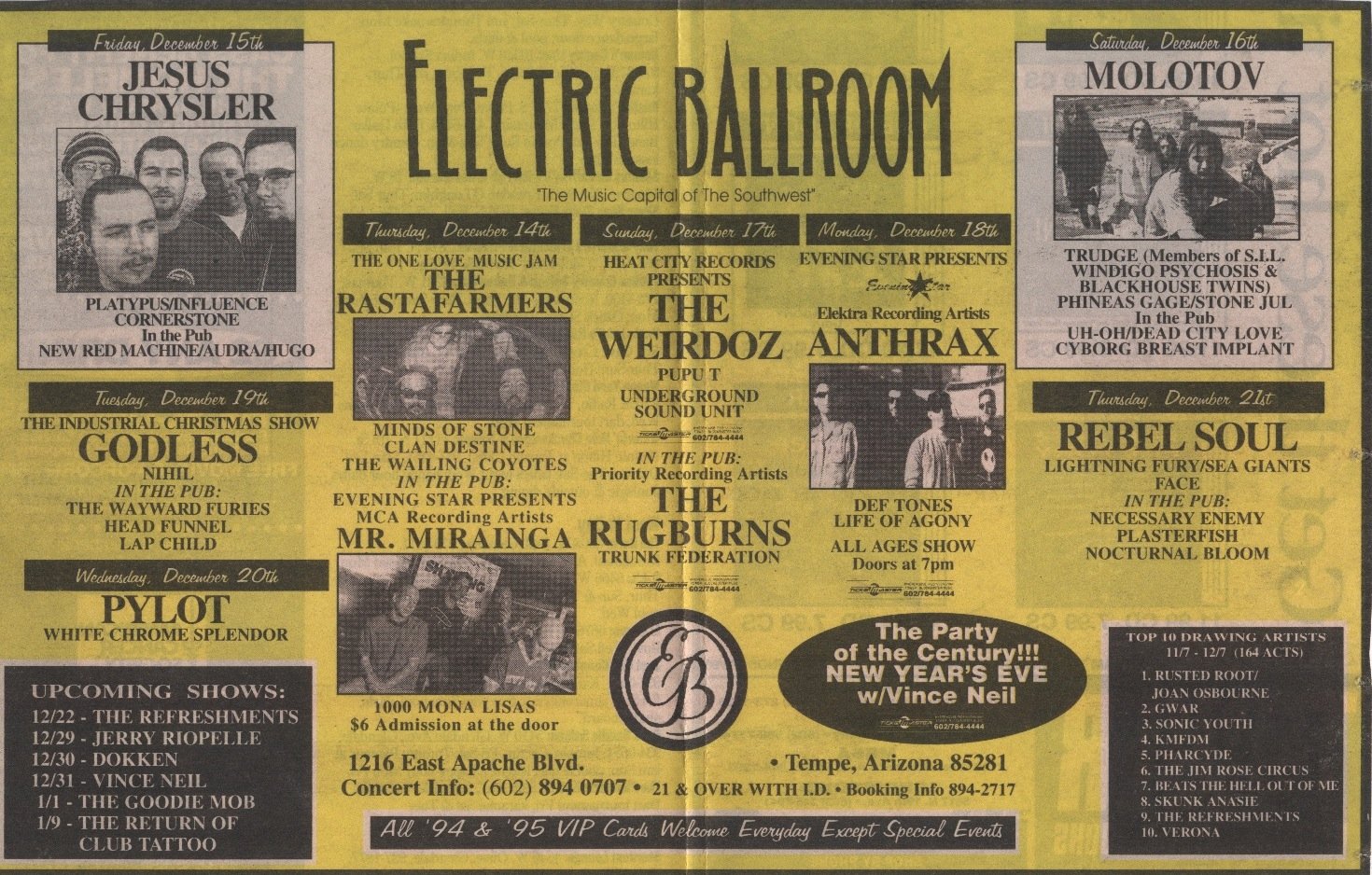 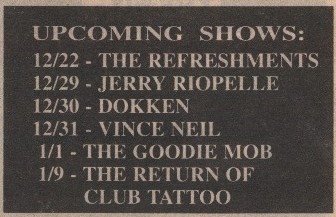