- This was the band's first public show ever. The line up for this incarnation of the band was: Chester Bennington (vocals), Sean Dowdell (drums), Steve Mitchell (guitar) and Jonathan Krause (bass). Confirmed by Chester's introduction during the show.

- This is the only known performance of the songs called 'The Endless Highway' and 'How Would You Be' and the very first time we found out of their existence.

- Since it was such an early show and featured a different guitarist named Steve Mitchell, the guitar parts of known songs were slightly or entirely different from what ended being up released nearly a year later on the band's first album 'Wake Me' with guitar solos being the most prominent difference. Some drum parts were different as well.

- The band performed what appears to be the early version of 'Starting to Fly' with a slightly faster tempo, different guitar solo and additional guitar during the outro. The transition between the first chorus and second verse was longer. Chester also sang the verses on a higher key.

- These are the first ever public performances of 'Painted', 'The Endless Highway', 'My Bluest Day', 'What's In The Eye?' and 'How Would You Be'. According to Jonathan Krause, 'Wake Me' was originally a Sean Dowdell And His Friends song, so Chester and Sean likely performed this song before in some form. According to Chris Goad, 'Starting To Fly' was also performed with Sean Dowdell And His Friends? before Grey Daze.

- According to the band's bassist at the time Jonathan Krause, the band went with the spelling "Gray Daze" during the band's earliest days before finally changing it to "Grey" a few months later.

- Even though the band's flyer for the show didn't list any other bands, according to January 21st, 1994 issue of Arizona Republic, the main performers for the night were Lemon Krayola.

Comments: Obtained from Jonathan Krause by LPLive and released as an exclusive on July, 2015. At the beginning of recording, you can hear crowd noise before "Painted", then a glitch takes you right to the middle of the song. 'Wake Me' is abrupted with glitches and the recording jumps to the ending of 'What's In The Eye?'. The ending of 'How Would You Be' is cut. The tracklist of this recording is believed to be the full setlist, but it is still possible that more songs were played. 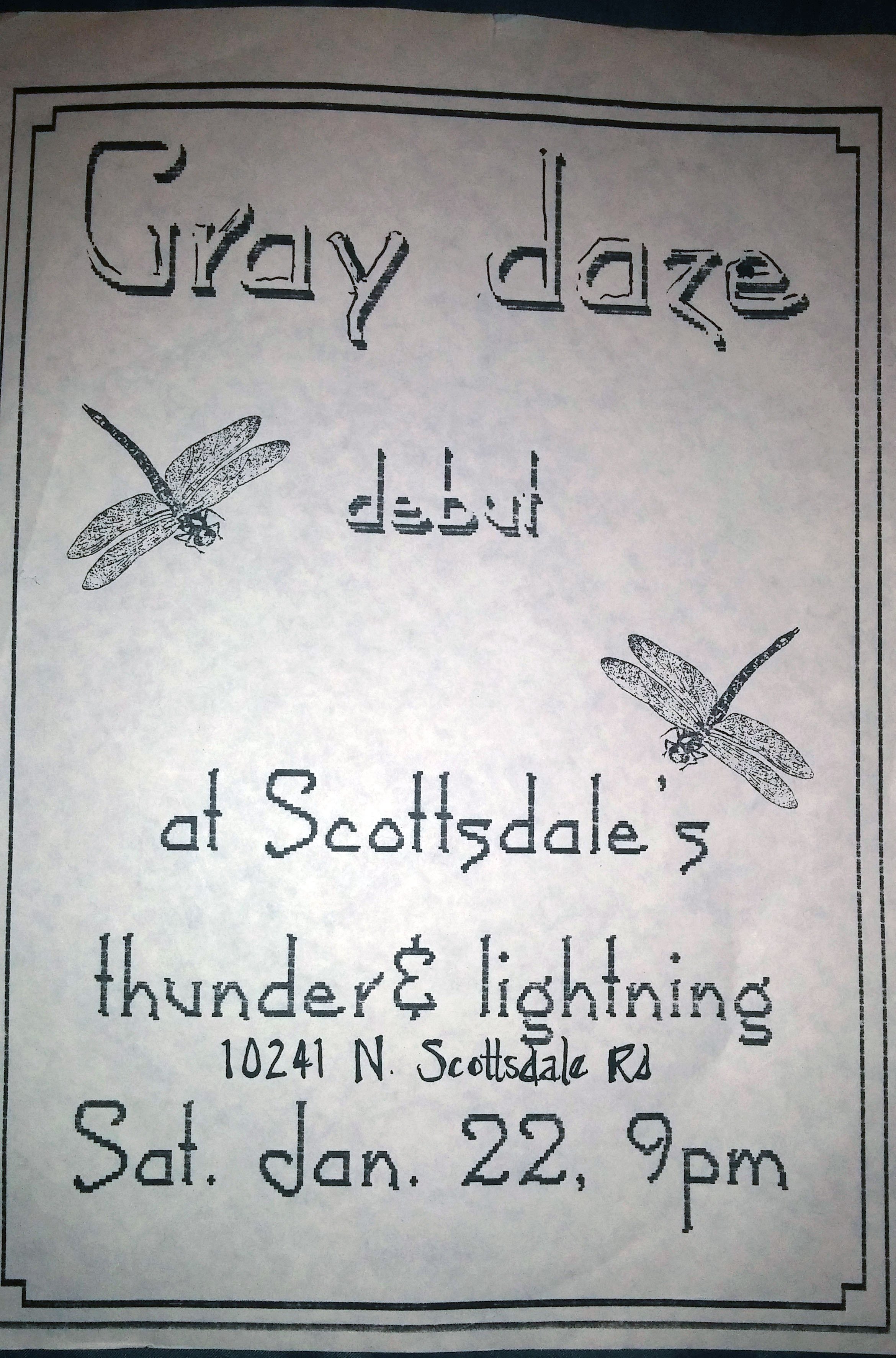 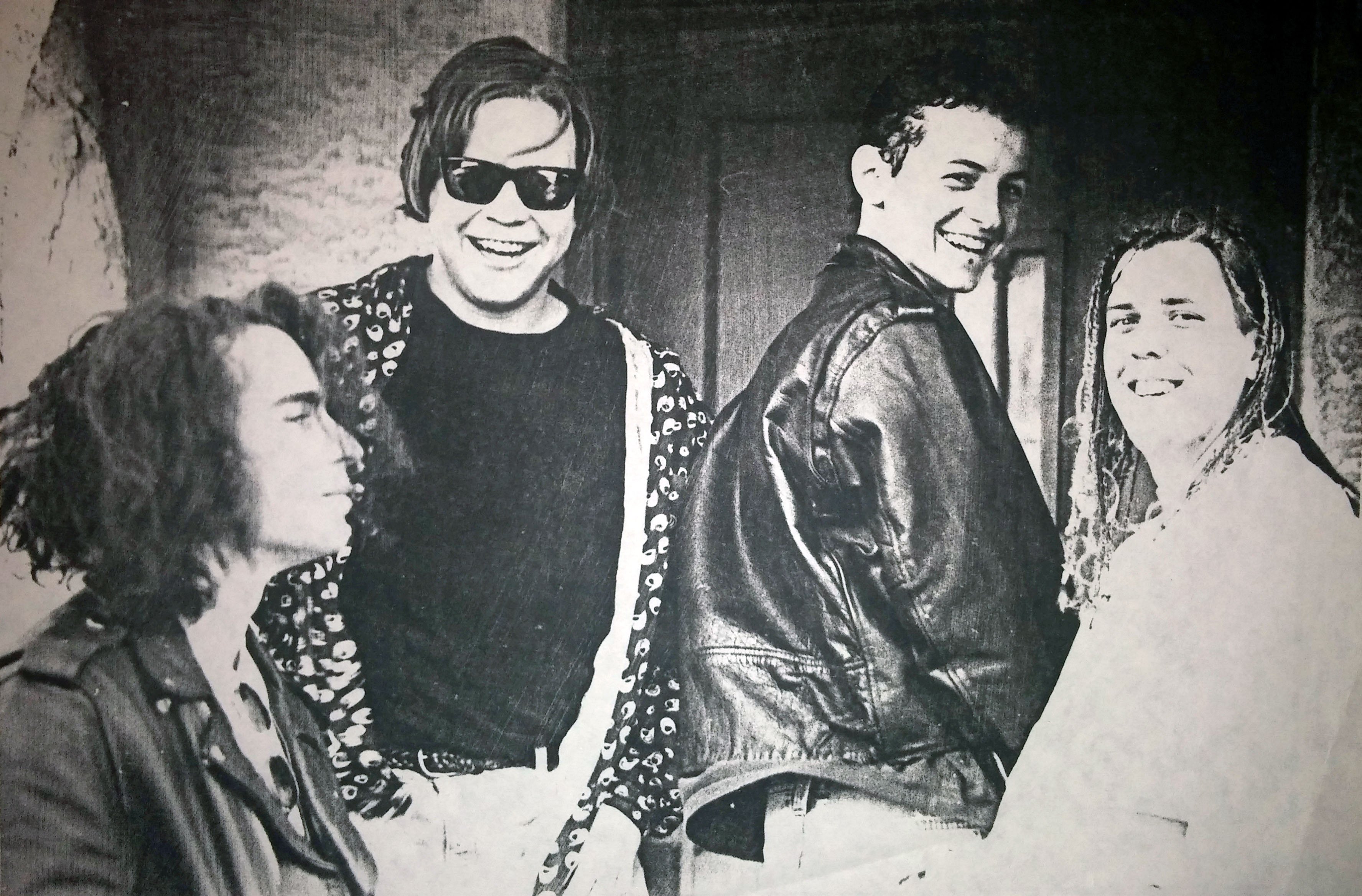 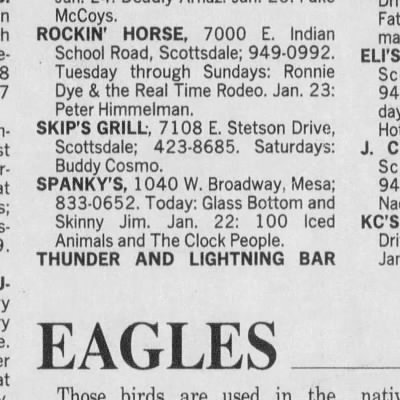 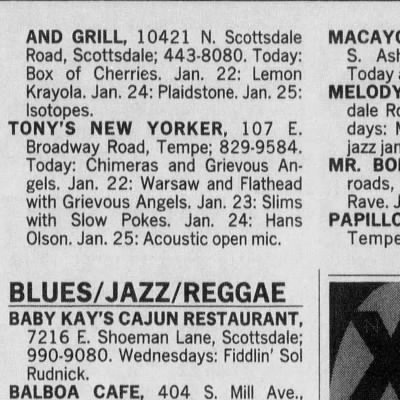