Previous Show
Back to Sean Dowdell And His Friends?
Next Show

- Judging by the photos from this improvised show, it looks like Chester and Jason Cekoric (bass) were the only Sean Dowdell And His Friends members that took part in this performance, unless the other members of the band were playing from a different side of the courtyard.

- The clipping below comes from the Greenway High School's 1993 Yearbook, according to which, it was a performance during the extended lunch period on one of the school's newly implemented "flex schedule days". This novation was also covered in the November 20th ,1992 issue of Greenway High School's own newspaper called Demon Dispatch with a photo of Chester and Jason appearing on the front cover. Both of the photos were taken by the same photographer. The exact date is unknown, but it's possible it was just one of many performances of that kind. 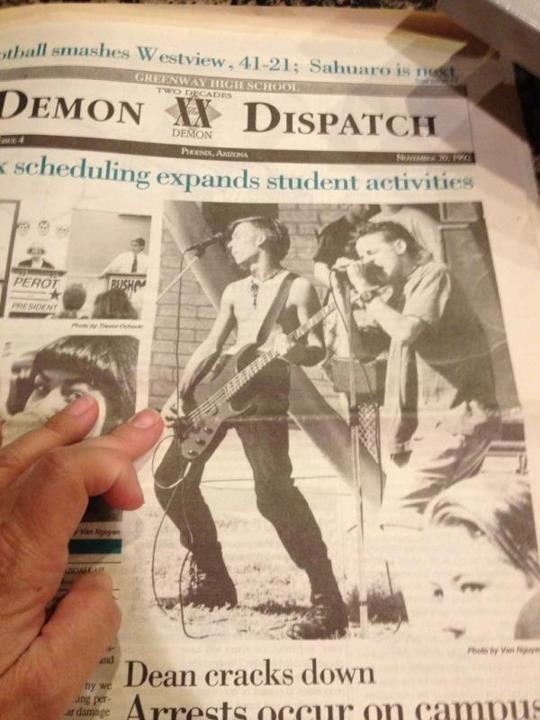 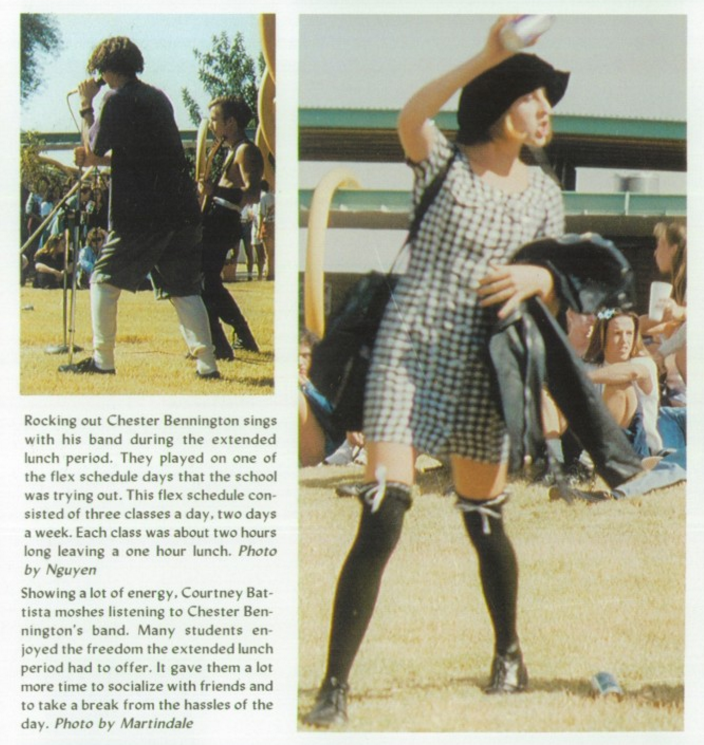 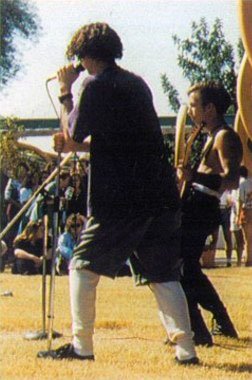