- This show was on Mike's birthday. He was VERY drunk, along with everyone else. Ryu and Tak took time to have the crowd sing him happy birthday a few times.

- Everyone came out for the encore and danced around with party hats on (including Holly Brook and the earlier performers of the evening). By the time the encore rolls around, Mike is crazily drunk, especially on Numb/Encore. You can hear him yelling and carrying on. In some of the YouTube videos, you can see how much chaos was going on onstage for the last few songs.

- This show was moved from February 6th to the 10th when the tour was rescheduled around the Grammy's. 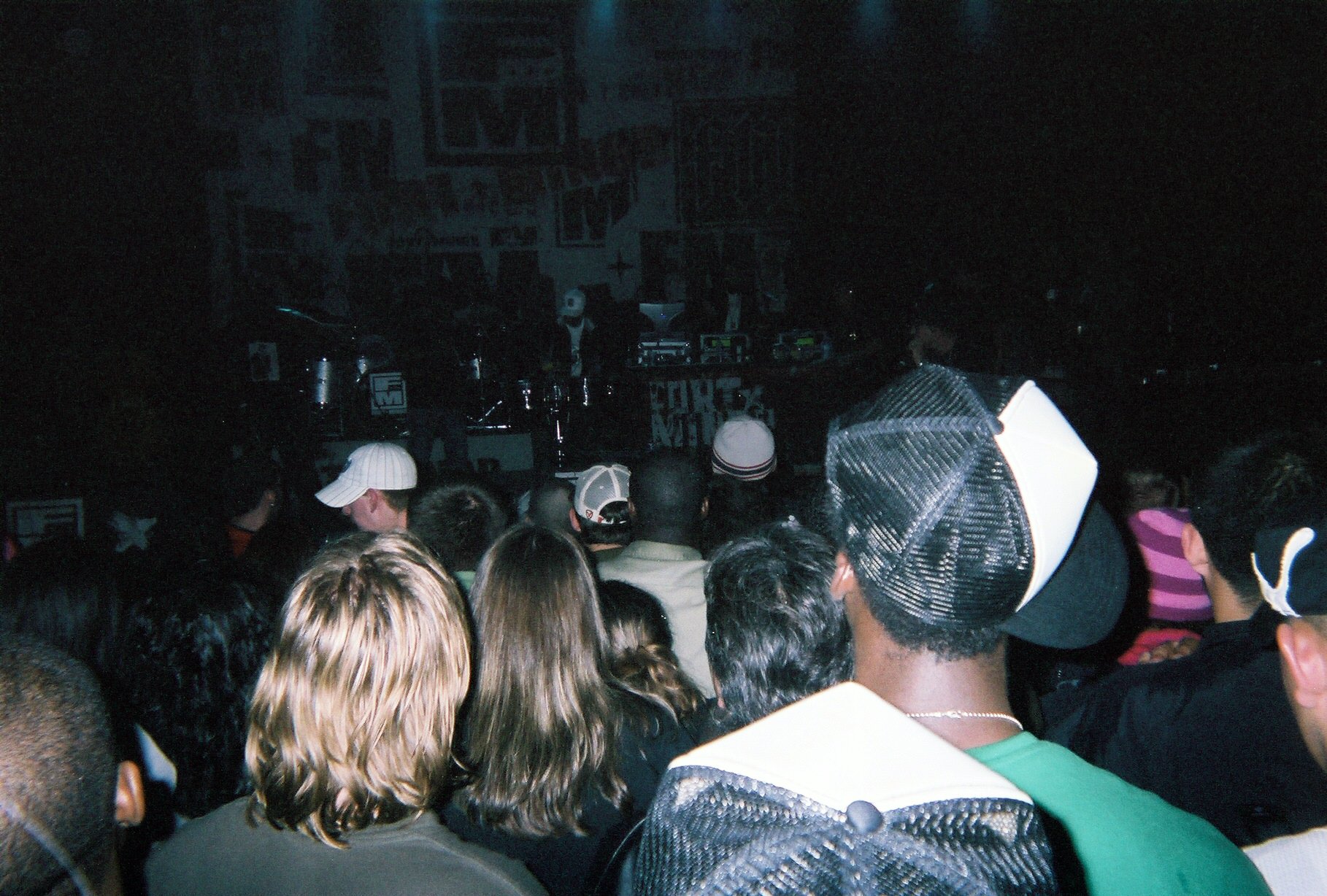 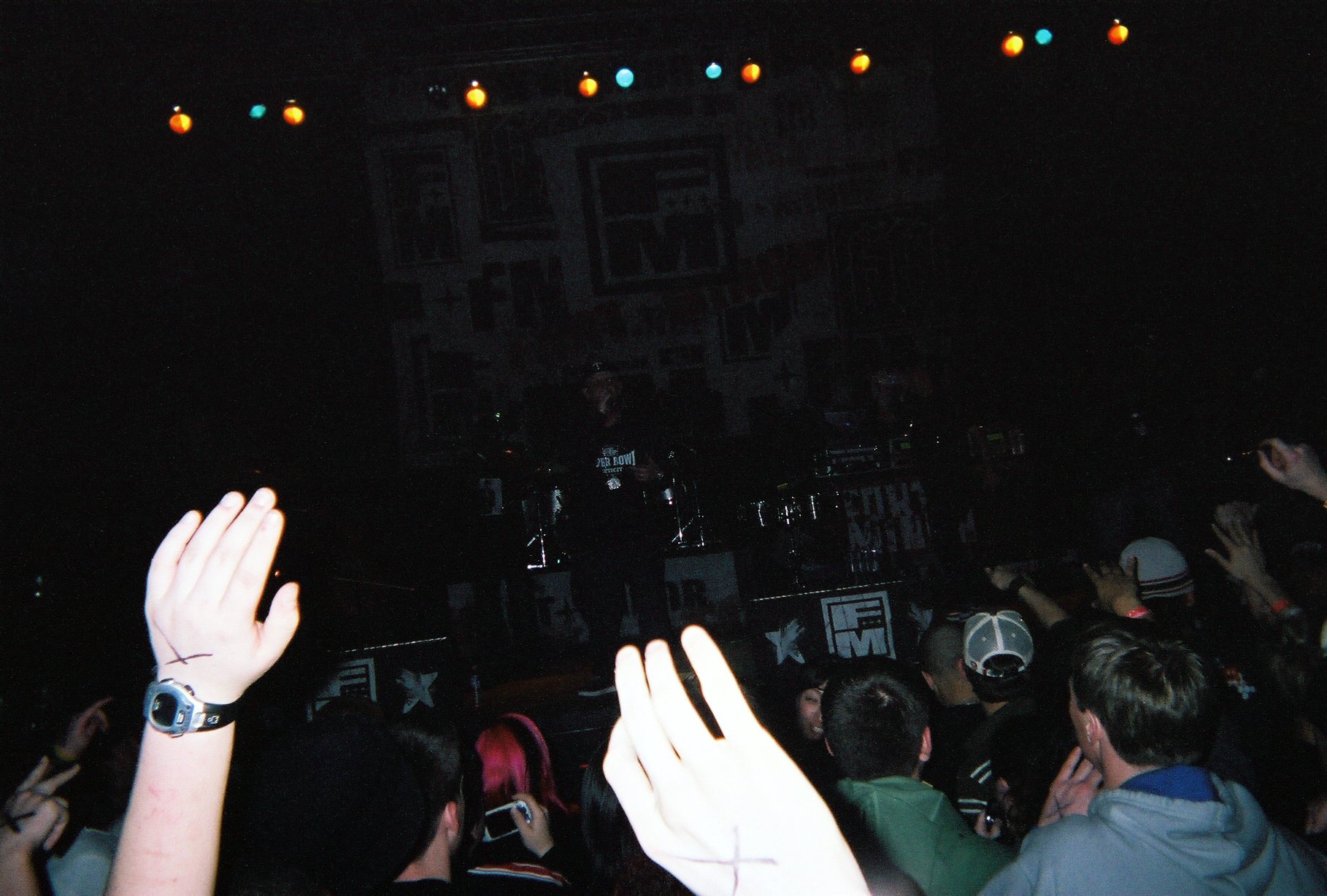 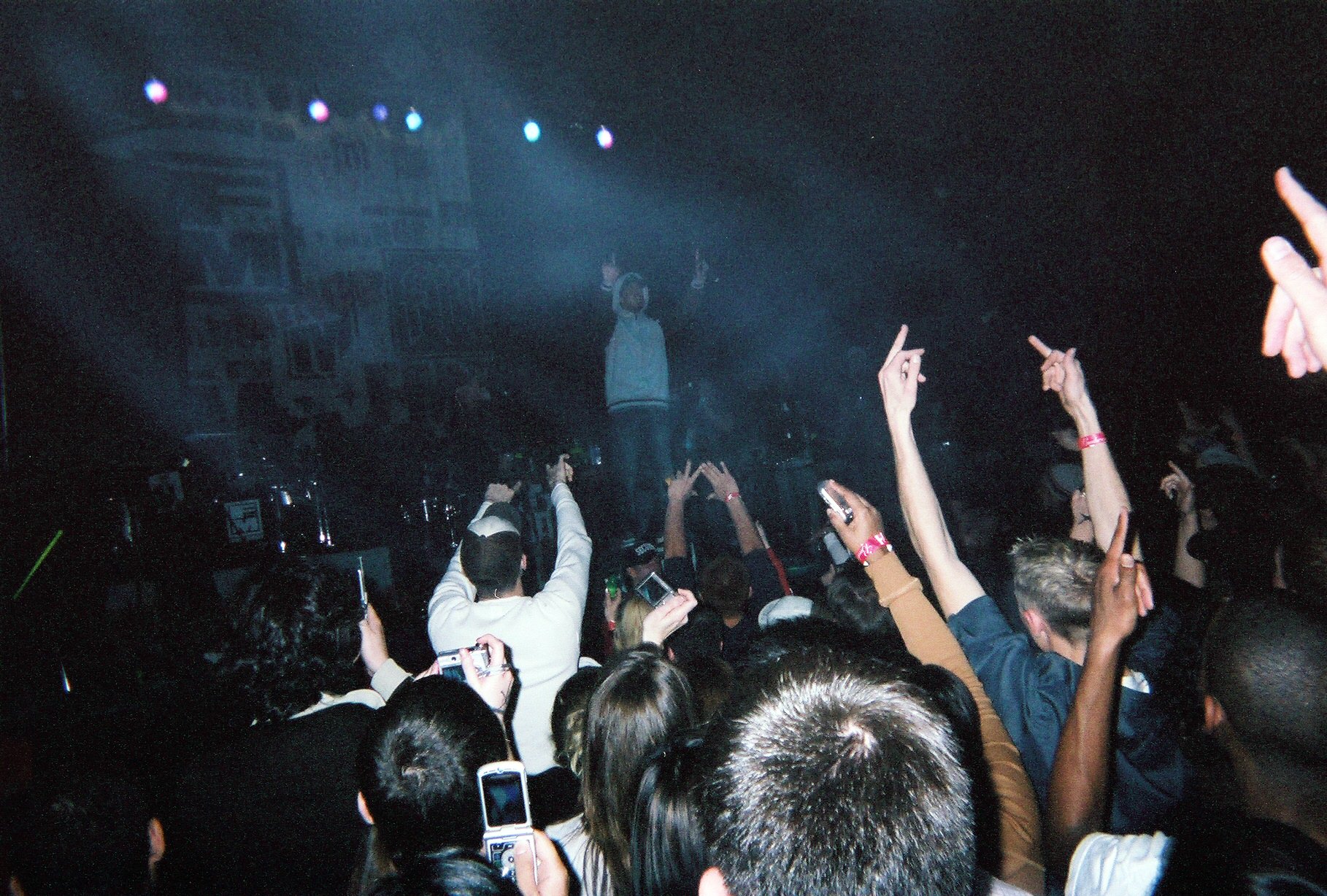 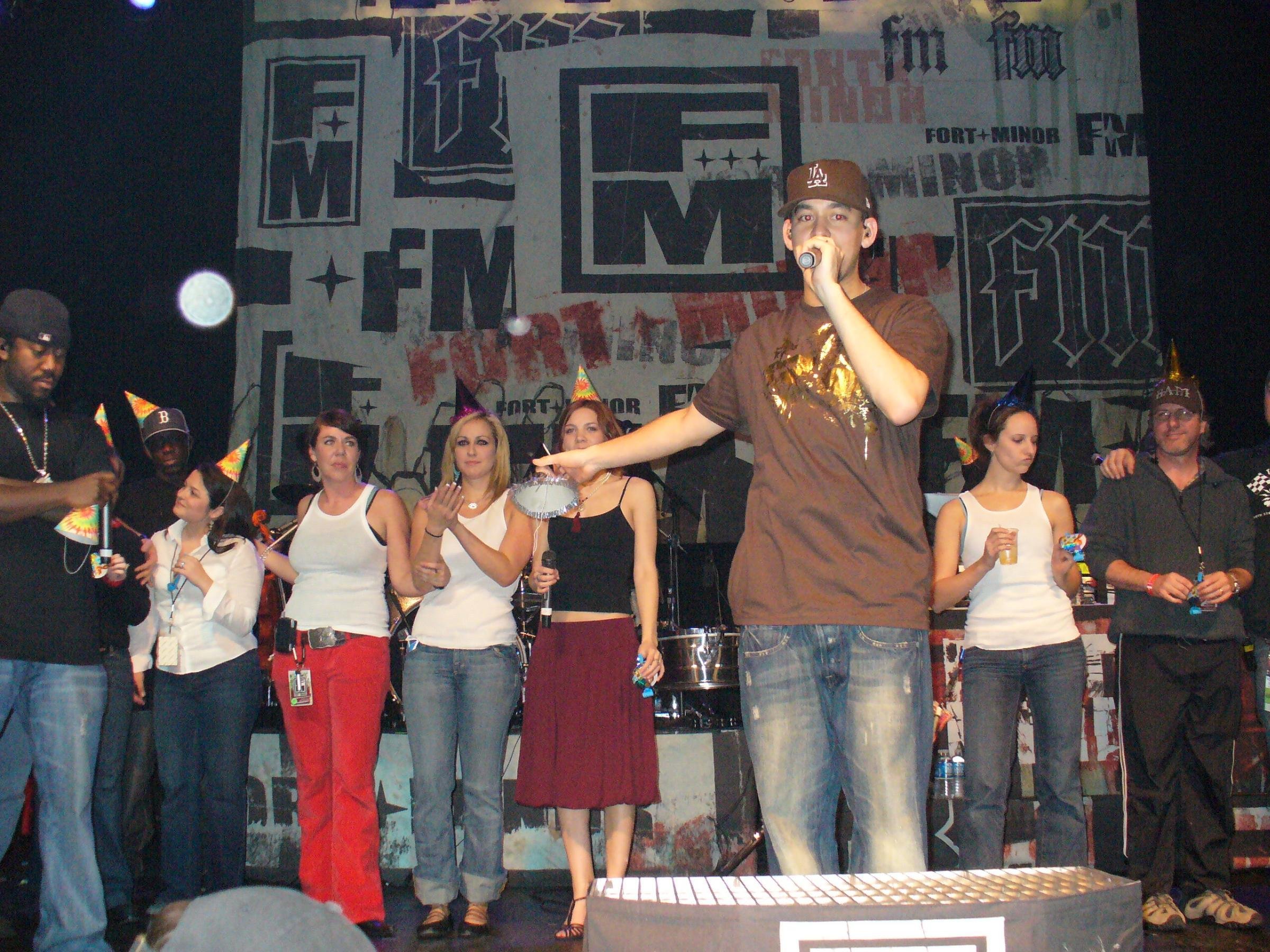 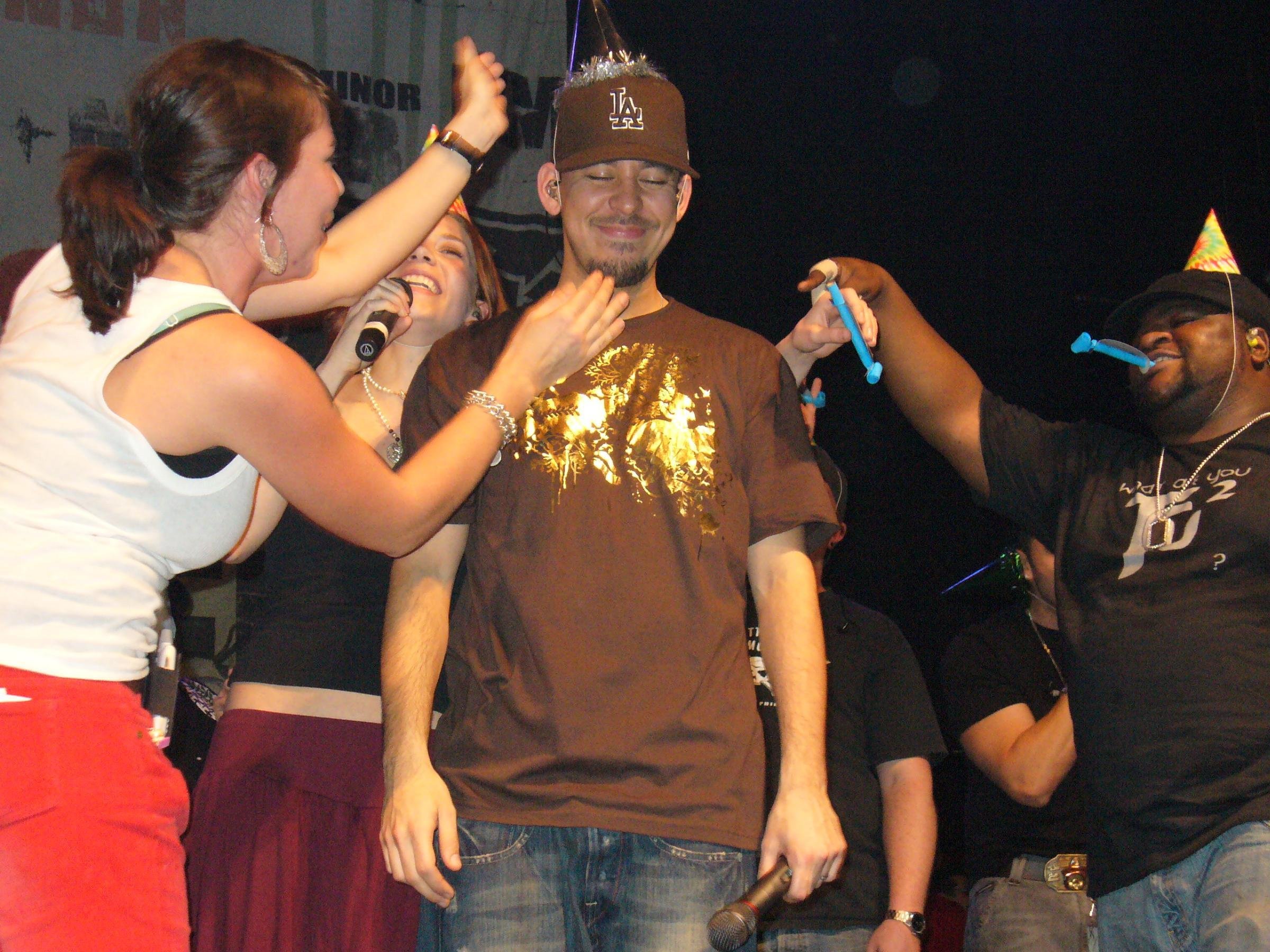