- Eric Bobo joined the band to play drums on 'Believe Me'.

- Beatdown performed his drum solo after 'Red To Black'.

- In the behind the scenes video, you can hear Mike say that Fort Minor is going to rehearse 'Petrified' and 'Believe Me' since those two songs were on television. The video also shows a clip of a rehearsal of 'It's Goin' Down', but it is unknown what spot in the rehearsal it was played and/or if other songs were rehearsed as well.

Comments: 'Petrified' and 'Believe Me' only. 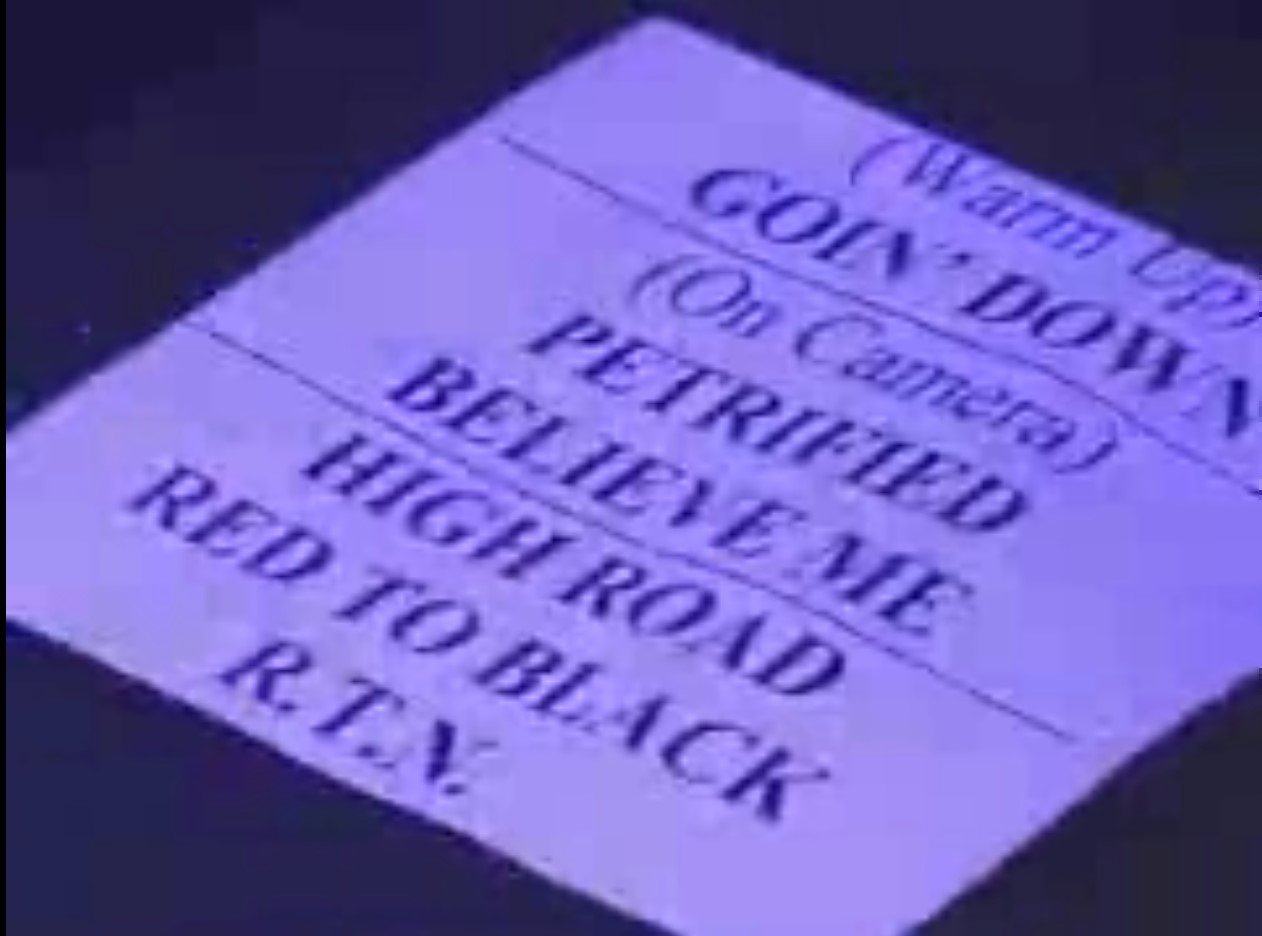