- Before 'Papercut', Mike asked the fans if they had a good time with Story Of The Year, but it's funny to mention that Story Of The Year wasn't able to make this show! Before 'One Step Closer', Mike corrects his mistake and says,  "Madison we love you guys, thanks very much, you've been great tonight. Hope you had a good time with Hoobastank and P.O.D." before introducing Sonny and Doug on the bridge.
- Brad noticed fans falling down in the crowd on 'Runaway' and had Mike hold the show before the band began 'Papercut'.
- Before 'Breaking The Habit', Mike asked how many fans had seen multiple shows on the tour so far. He explained that the song was not played much before this tour.

- A recording for this show was uploaded to YouTube by cpscps on the 16th anniversary of the performance - January 30, 2020. Thanks Felipe for getting this out! 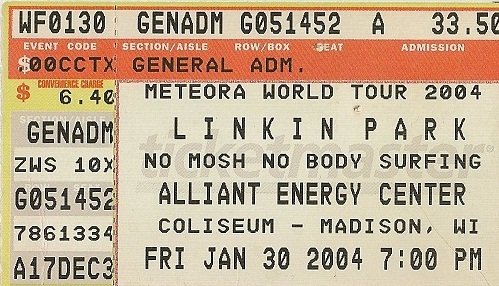