- Joe played a different show intro at this show, which consisted of a bongo sample with scratching over it that went into 'With You'.

- Due to a venue PA/band technical problem, there was crackling in the PA during 'And One'. 'In The End' started off a bit quieter but the volume of the show returned mid-song.

- This is the first time since KROQ 2000 that 'My December' was played. It was likely added to the setlist at this show so the band could rehearse it for the London Docklands Arena show, which was being filmed for a DVD. The song replaced 'Morning After' in the encore from the Berlin show (the last full show before this one). A new version of the song was performed, featuring Mike on piano, Chester on vocals, Brad on acoustic guitar, and Joe providing additional scratches.

- Joe played a short DJ interlude in the encore.

- Marky Chavez from Adema & Wes Scantlin from Puddle of Mudd joined the band on the bridge of 'One Step Closer'.

- This was the first time the second acoustic version of 'My December' was performed live.

- This show was sold out.

- A few band members watched part of the Dilated Peoples set from side stage.

- Oli Sykes from Bring Me The Horizon was in the audience and can be seen in one of the show photos published on Kerrang! This was his first show and he credits this night as the reason he decided to start his band.

Comments: Lossless released on DIME by Felipeintheend on February 25, 2014. 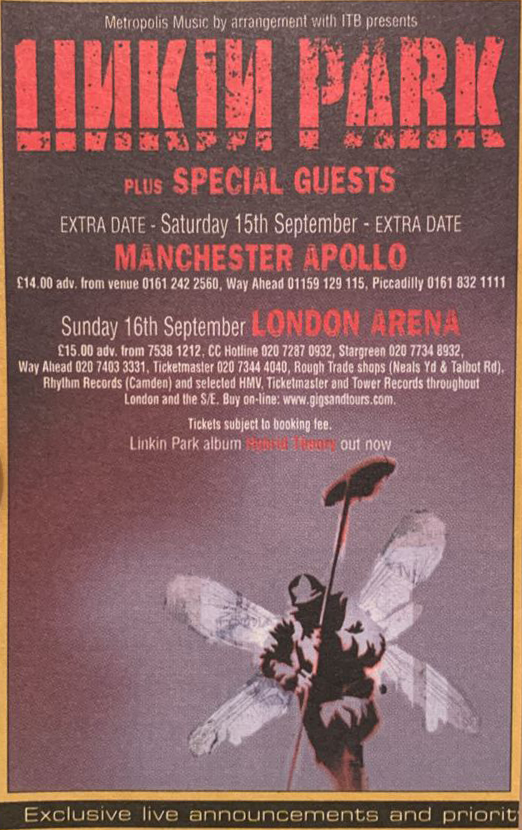