- Since the band filled in for Slipknot, Chester came out on stage with a paper mask covering his face. Fans booed initially at it but by the end of the show, the band had won over the crowd.

- Chester made moaning sex noises over Joe's intros to the show. Joe performed three different intros for the set.

- After the intro of 'A Place For My Head', Mike and Chester said Slipknot asked them to fill in, and they were bummed that Slipknot wasn't there too. The band changed the setlist up from the show earlier in the day by moving some of the heavier songs up to the top.

- Mike and Chester performed a beatbox intro to 'Points Of Authority' and again for 'Papercut'.

- Fred Durst from Limp Bizkit came out at three different points during this show: First, during 'Crawling', he started pouring beer over Chester's head (causing him to laugh), and rapped/repeated a couple of Chester's lines. Next, during 'Runaway', he came out and tried to pour beer on Chester again, prompting Chester to yell "FUCK YOU!" right in the middle of one of his lines, before continuing. Finally, he can be heard yelling "Fuck the guitar, let's do this shit!" right before the bridge in 'One Step Closer' (referring to Brad's guitar which had quit working in the middle of the song).

- Between 'High Voltage' and 'In The End' the band performed a short jam version of 'Pictureboard'. This is the first confirmed performance of it and the only known time that Chester sang any vocals over it. The track was performed twice after this (Rock am Ring and Tinley Park, the first show of Ozzfest). In March 2016, a setlist for four shows before this one was found with a "MELLOW Interlude" after 'High Voltage', which could possibly be this version of 'Pictureboard'.

- This was the second show of the day for the band. Slipknot was originally scheduled to perform at 1 am as 'Late Night Special'. At some point of the day the presenters of the festival told the crowd that, "There's a little change in the programme tonight: Slipknot will NOT play. Instead Linkin Park will play again. Slipknot have played a gig in Bremen last night, but since then the band has disappeared, we have no idea where they are". It is rumored that Slipknot canceled because Shawn Crahan's wife was ill, but it has never been confirmed.

- Around 8,500 people fit into this tent, which was built up in the Ice Stadium near the Frankenstadion. 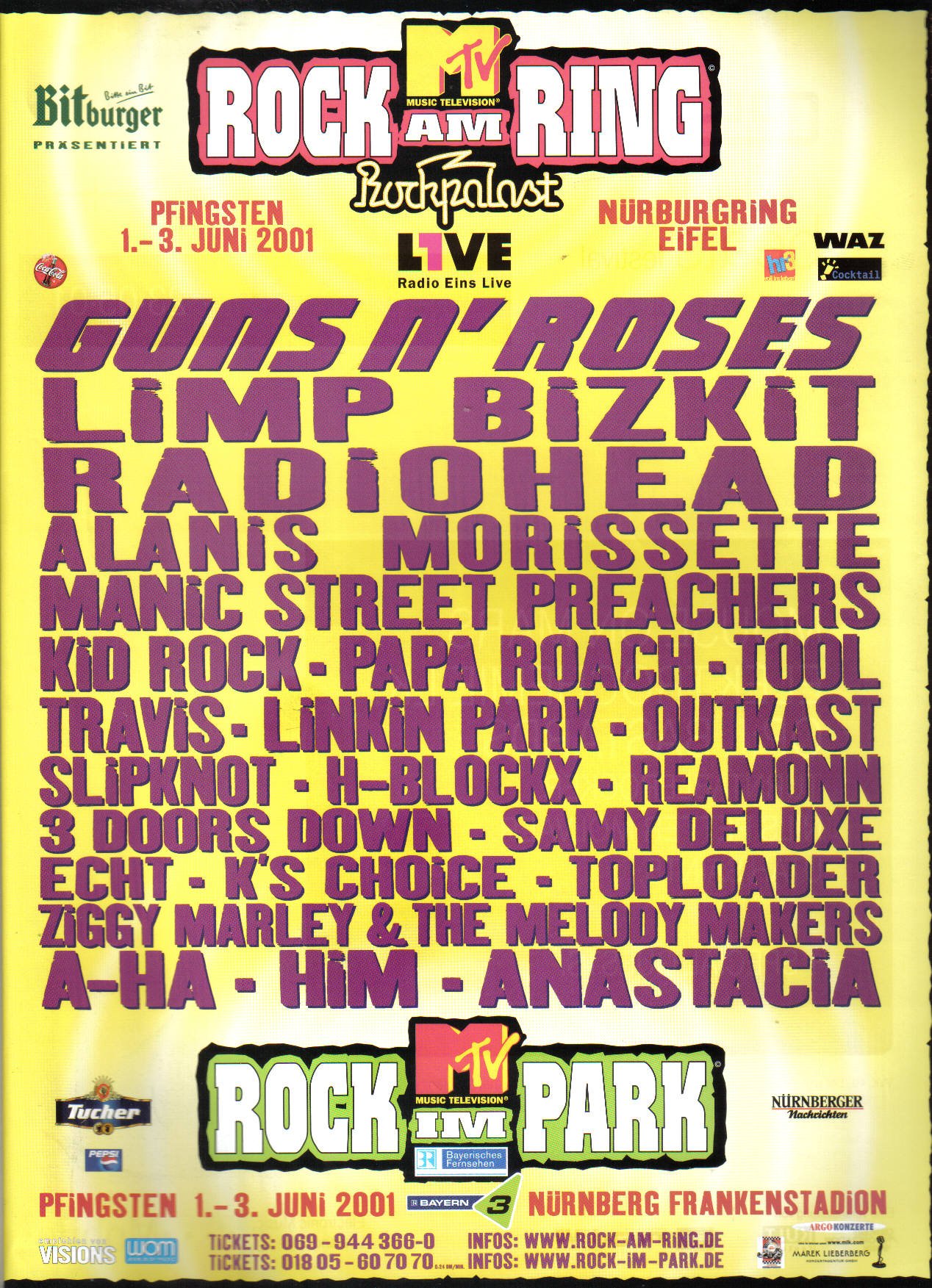 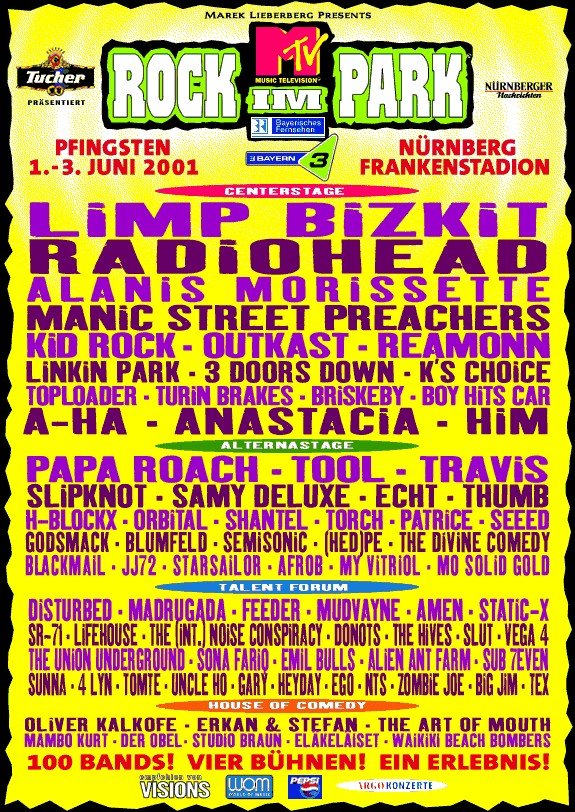