- The band may have performed more than just these three songs (the case with Top of the Pops 2003 can be used as support for this). However, only these three were broadcasted.

- Originally, this show was rumored for years to have been in September 2001. Upon discovery of tour itineraries from 2001 in March 2016, we were able to confirm that yes, there was a canceled Top of the Pops performance on September 13, 2001. We had this date listed as being on March 24, 2001 before the London Docklands Arena show, but the tour itinerary discovery finally confirmed the date as being on March 8, 2001 between the Italy and Austria shows.

Comments: Just these three songs. 'Crawling' was shortened by the TV station, similar to 'Somewhere I Belong' being shortened by TV at the 2003 performance. 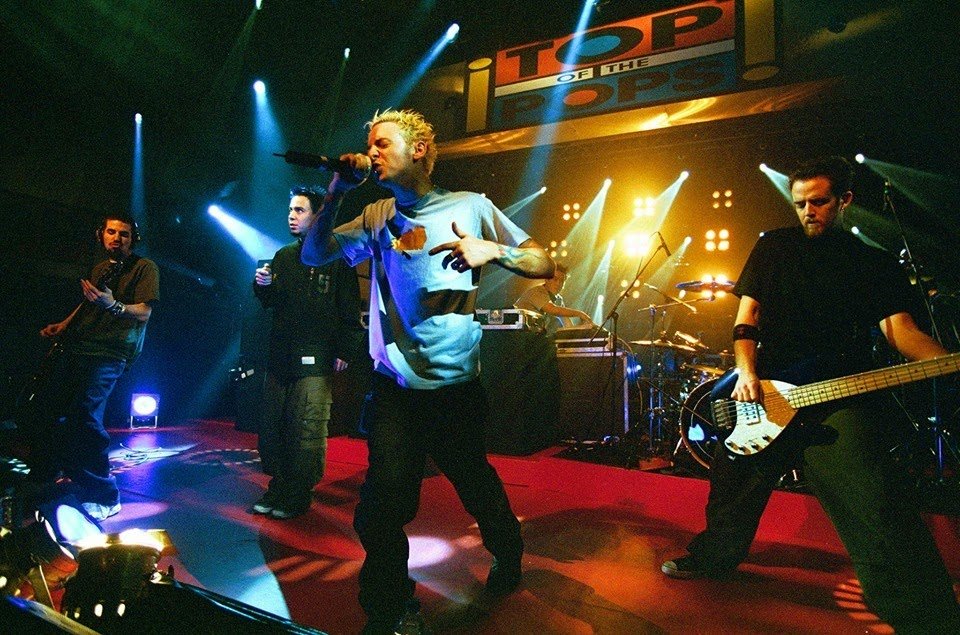