Taproot, Styles Of Beyond

- Ryu and Tak from Styles Of Beyond came out and sang on 'Points Of Authority' from after the second chorus until the end of the song.
- Brad performed the notes to 'High Voltage' in a different order than what had become pretty much standard for the song later on in 2001.

- Mike's guitar wasn't working at the start of 'Crawling.'

- Stephen Richards from Taproot came out and sang on 'A Place For My Head' from the bridge until the end of the song.

- During the extended bridge of 'Forgotten,' Mike and Chester had their respective sides of the crowd boo each other.

- A 30-second snippet of 'With You' was released in the 'Crawling' DVD single.

- The setlist for this show was unknown until March 24, 2020, when Linkin Park livestreamed the show on YouTube for the 20th Anniversary of Hybrid Theory. Mike, Joe, and Phoenix commentated it.

Comments: Tripod shot from FOH. Streamed on YouTube on March 24, 2020 with commentaries by Joe, Dave and Mike over it. 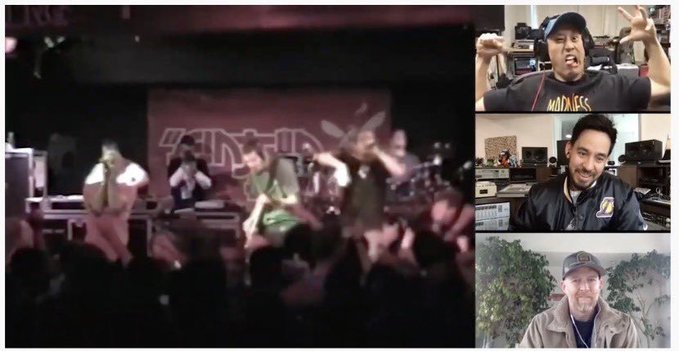