- 'Cure For The Itch', which appeared at the Hamburg show (maybe Paris too), was dropped for this show and would only reappear once again on the touring cycle - the London Brixton Academy show in June 2001.

- This was the band's first show in England. It was at the Kings College Student Union, inside a venue apparently called "Tutu's".

- Kerrang gave away 200 pairs of tickets to this performance, which was advertised as a "30 minute set w/ a meet and greet". To win the tickets, you had to call Kerrang and answer the question, "In which TV park does Kenny get killed every week?", with the answer being South Park, an American television show.

- In interviews after the show, the band said they knew when they sucked on stage, and London's performance was one that they definitely did NOT suck at.

- Due to the band not having any passes, Mike was briefly stopped at the front door a half hour before the show by security and was told he couldn't enter.

- The day after this performance, the band held an all day "day of press", which included a BBC performance of four songs in London.

- A 30-second snippet of 'One Step Closer' was released in the 'Crawling' DVD single.

Comments: Webcasted live online. The audio from this recording is commonly known as the "Loud in London" show.

Comments: Letterboxed PAL-Version. Has 3 videos as a bonus.

Comments: Uncropped NTSC-Version. The NTSC version might be the original one. Even though the show was filmed in England, which is a PAL-country, LP might have brought their own equipment. A reauthored NTSC version was created from the Source 1c to add corrected chapter points and to remove the standalone menu. No reencoding was done to the audio or video. An NTSC to PAL transfer of this source seems to be circulating via trades and can easily be spotted as it has 80+ chapter points. This is an INFERIOR transfer. 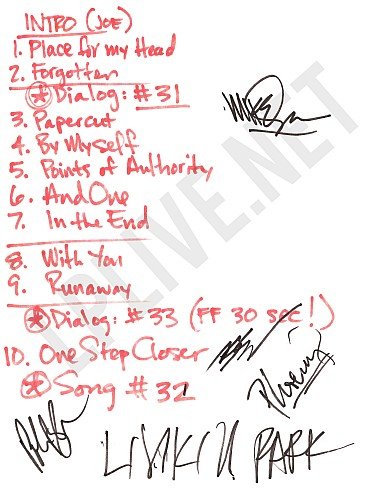 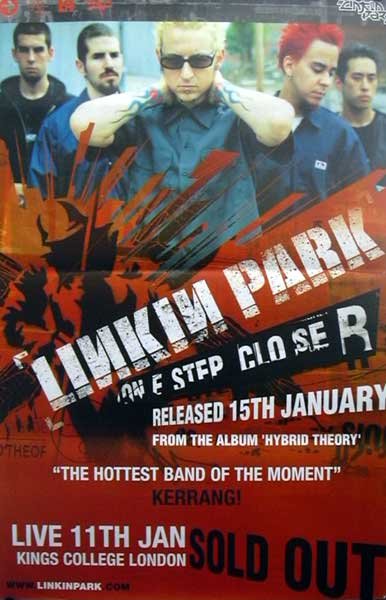