- This was a promo show for Rock Sound Magazine. There were less than one hundred people in attendance.

- It was once thought that the band performed more than the Paris, London and Hamburg shows in Europe in January 2001. However, the Hybrid Odyssey special on MTV confirms that the tour dates we have are accurate. 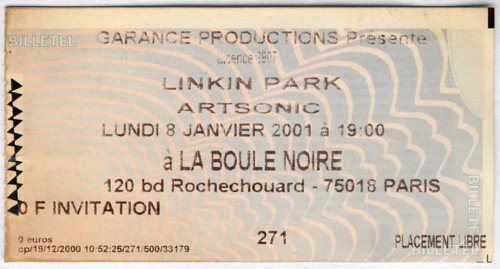