Previous Show
Back to Mike Shinoda 2018

- Matt and Dan left the stage before 'In The End' and returned for 'Crossing A Line'.

- Mike messed around with the piano intro on 'Crossing A Line'.

- K. Flay joined Mike for 'Make It Up As I Go'. Mike accidentally started the track before the band and K. Flay were ready.

- grandson joined Mike on stage for 'Running From My Shadow'.

- Mike's stage backdrop appeared to be a large, digital Christmas-themed drawing that he and his kids drew and colored.

Comments: Webcasted live by KROQ. Censored. Shared on lp-bits after the show.

Comments: Webcasted live by KROQ. Censored. Shared on Dime after the show. 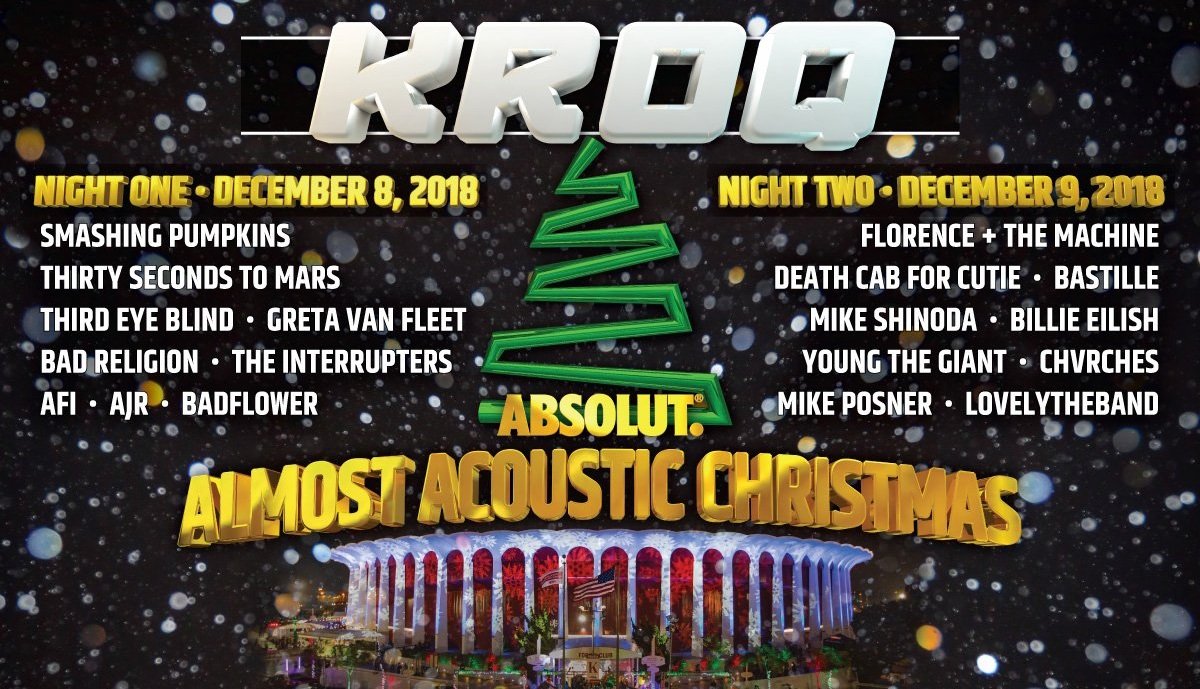 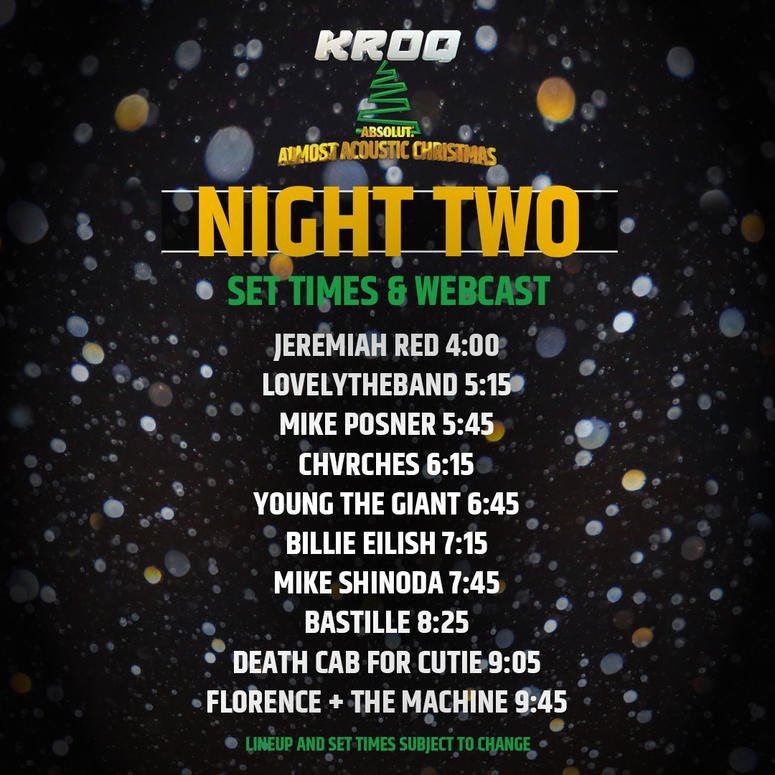 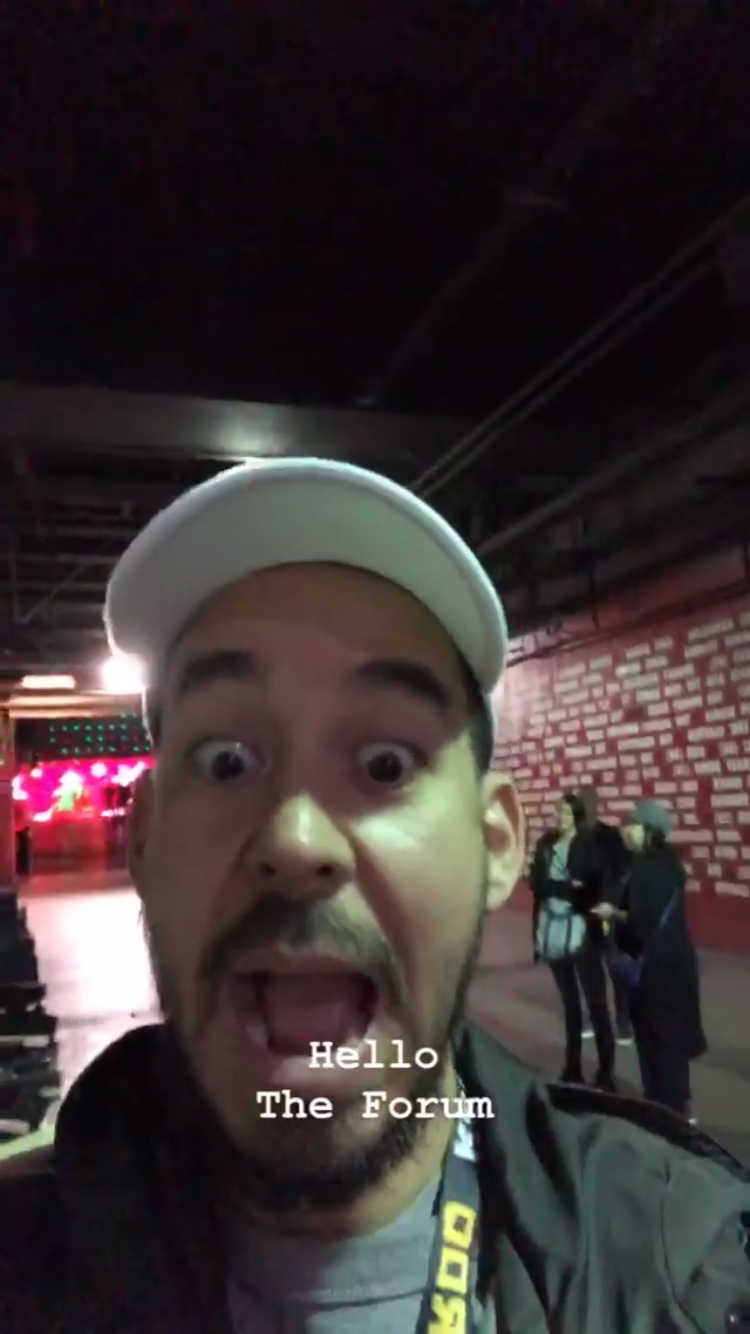 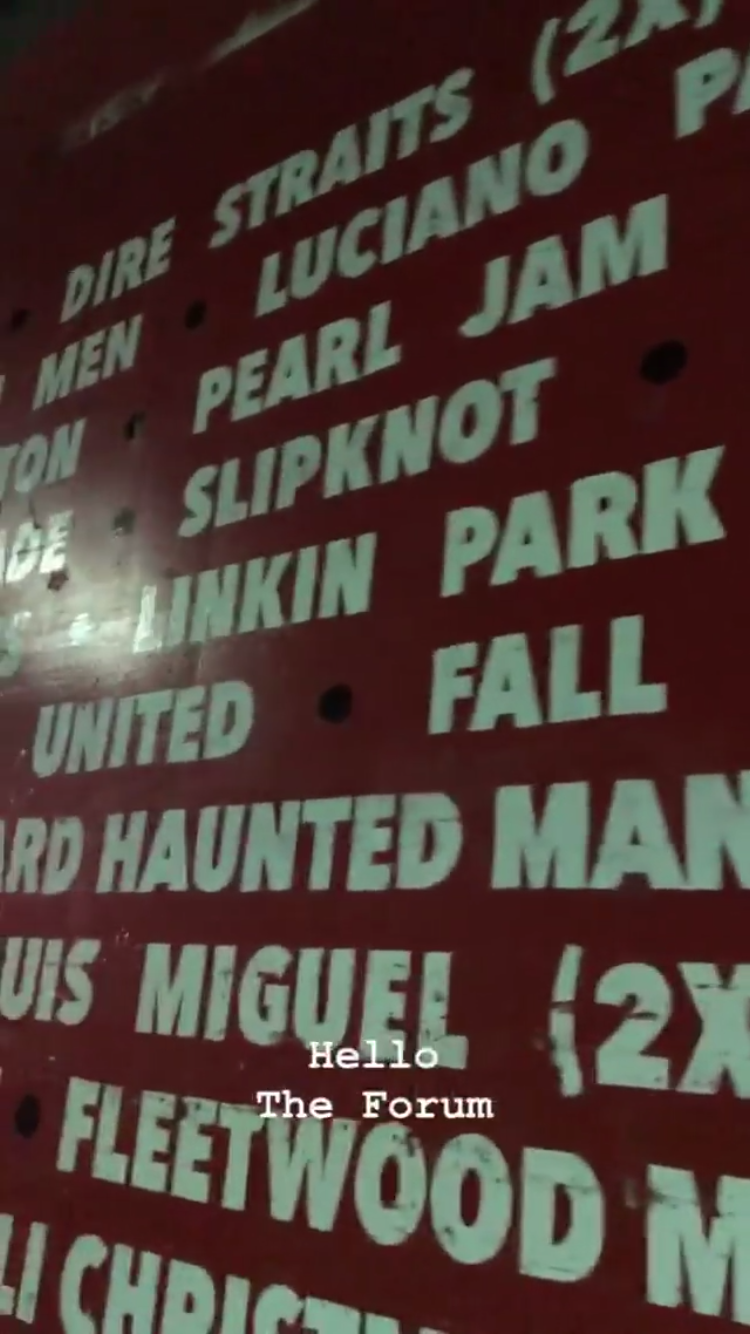 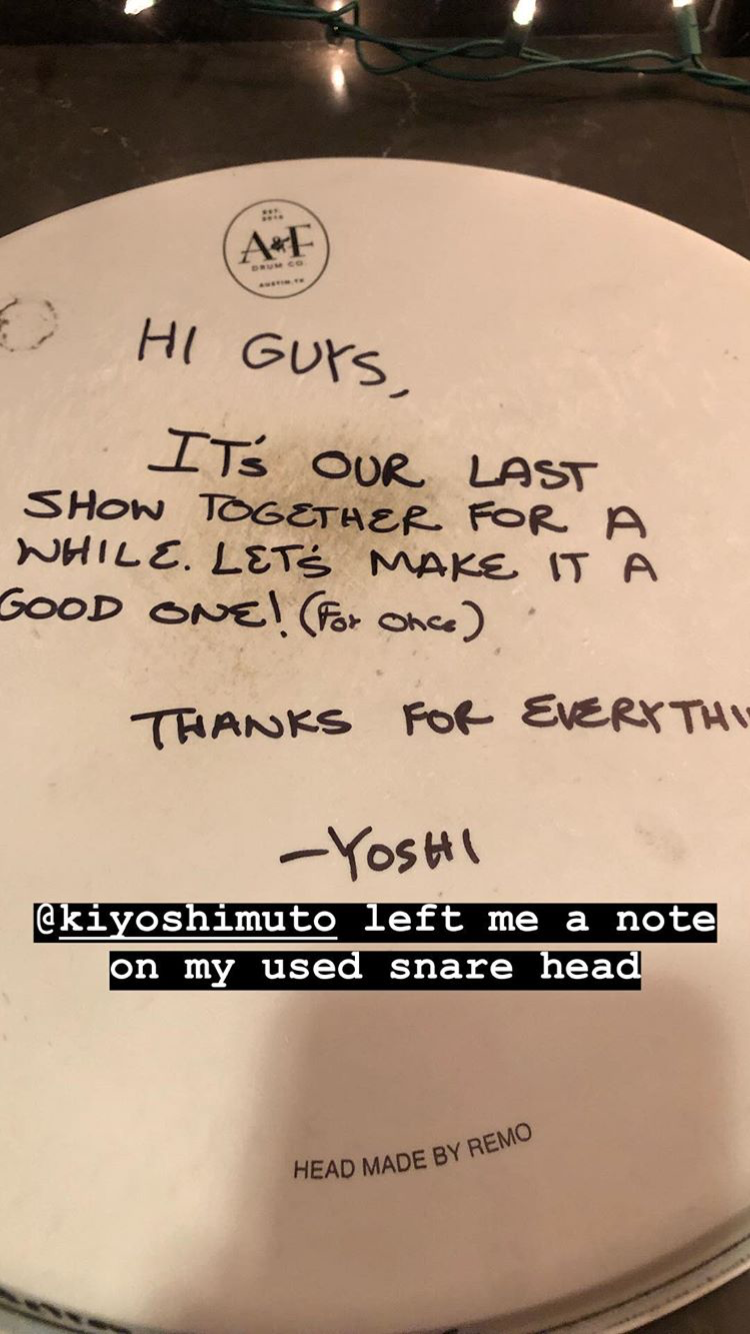 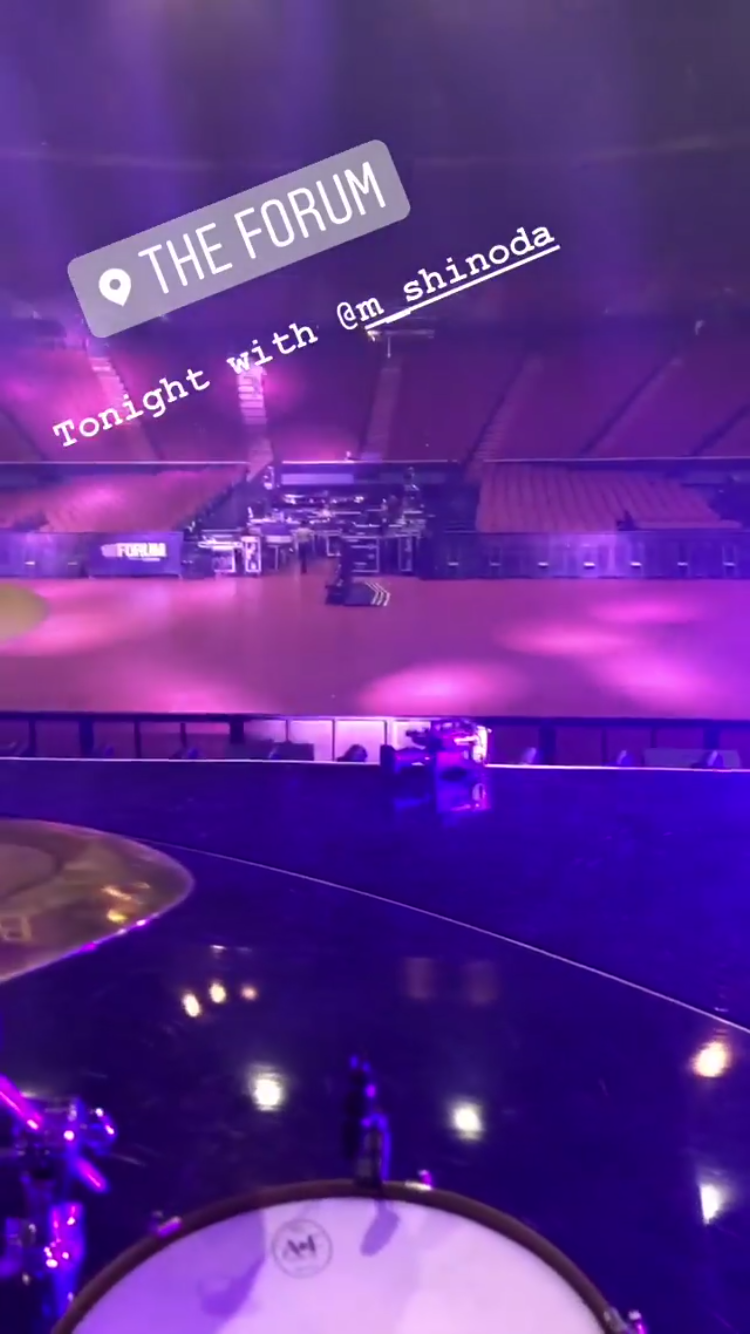 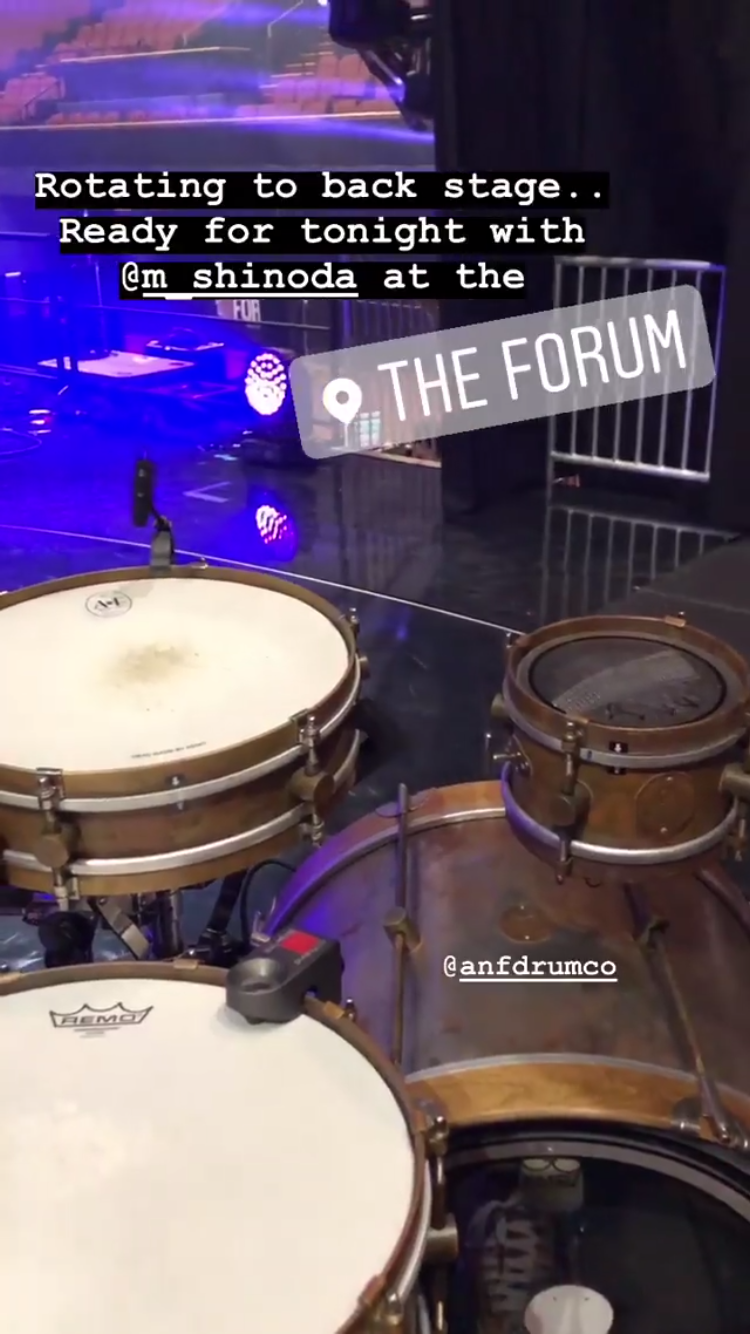 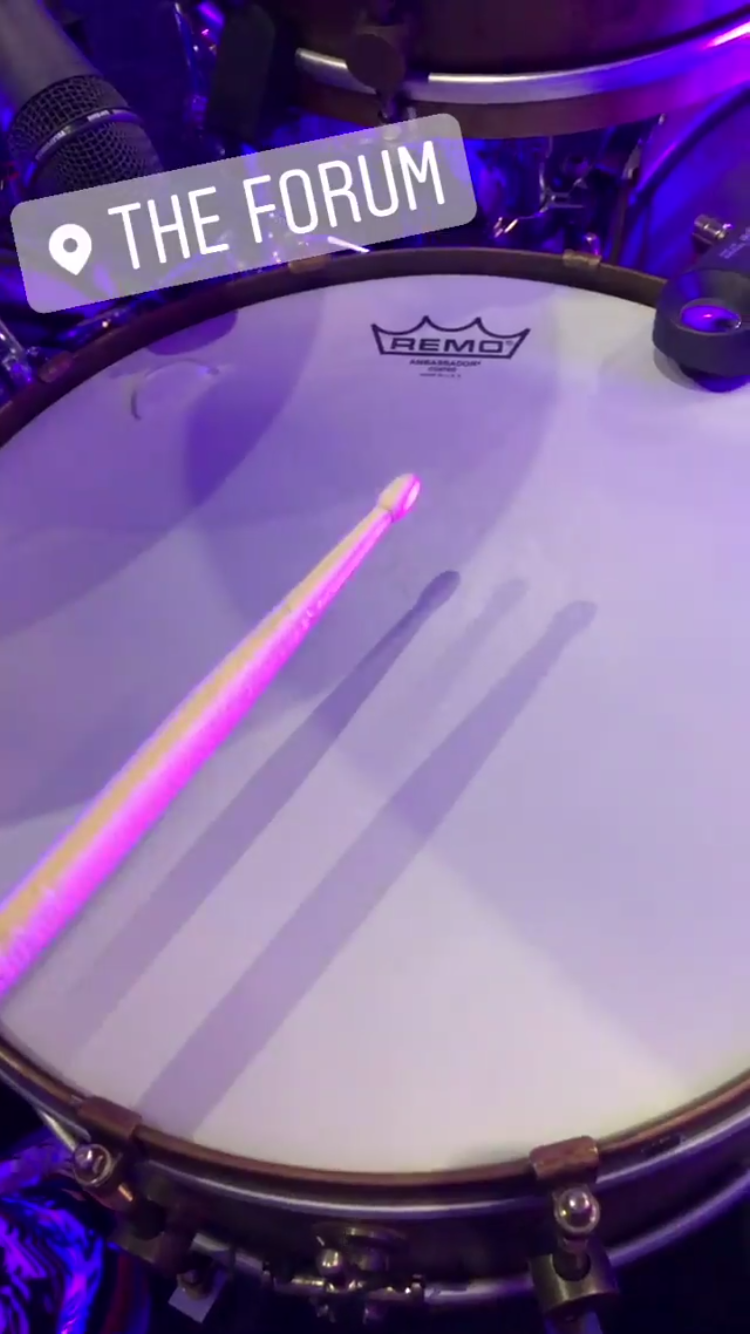 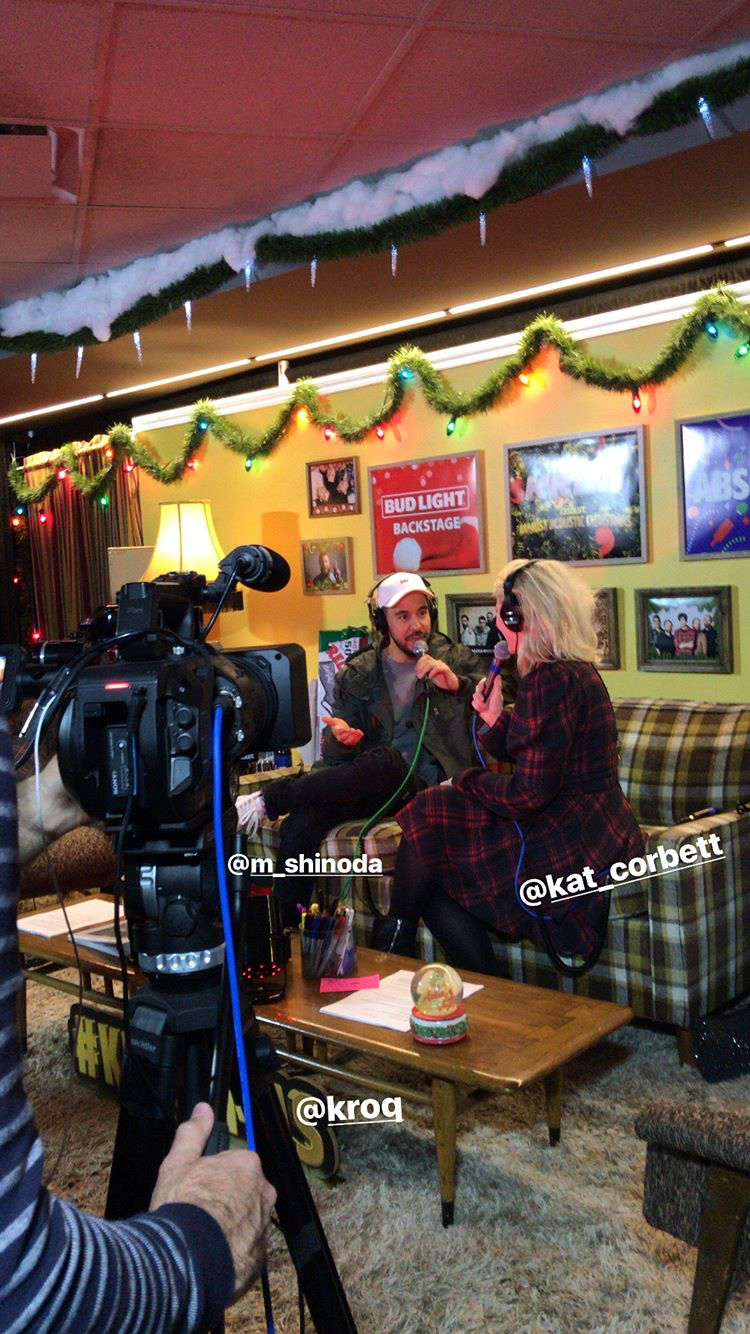 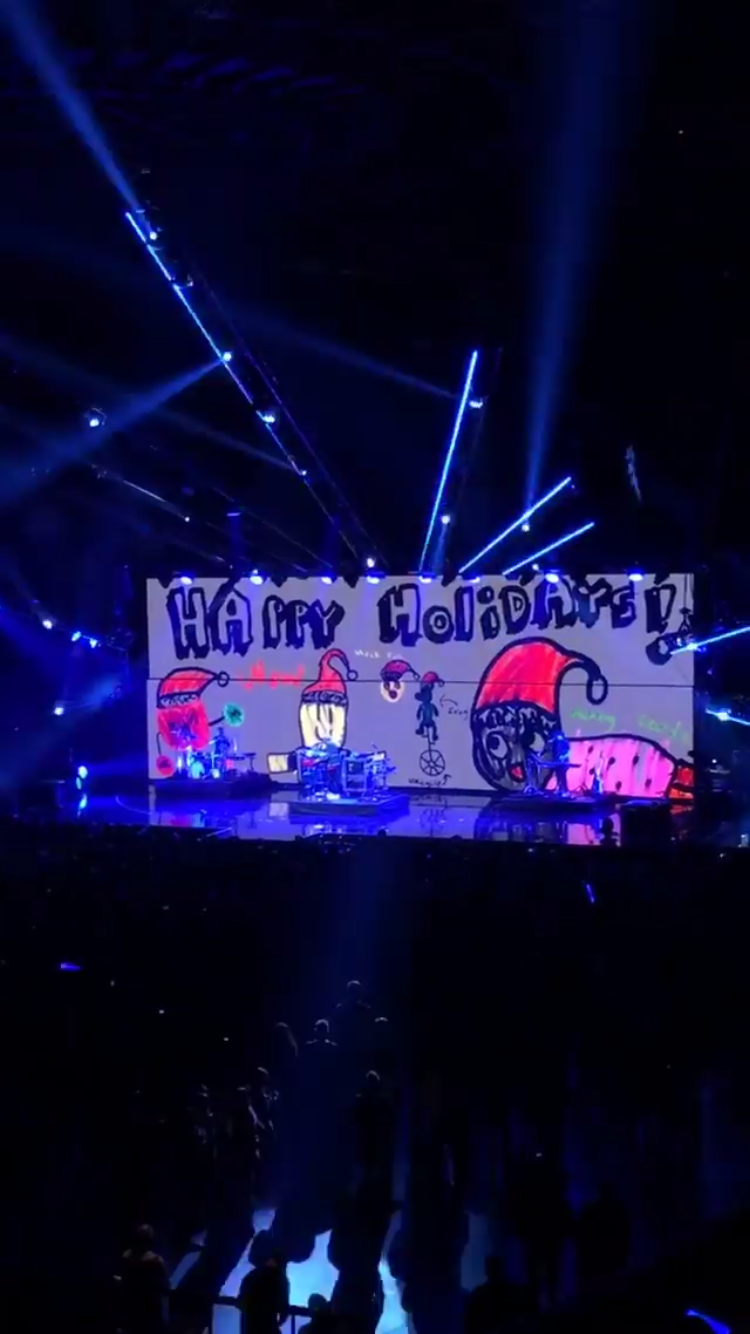 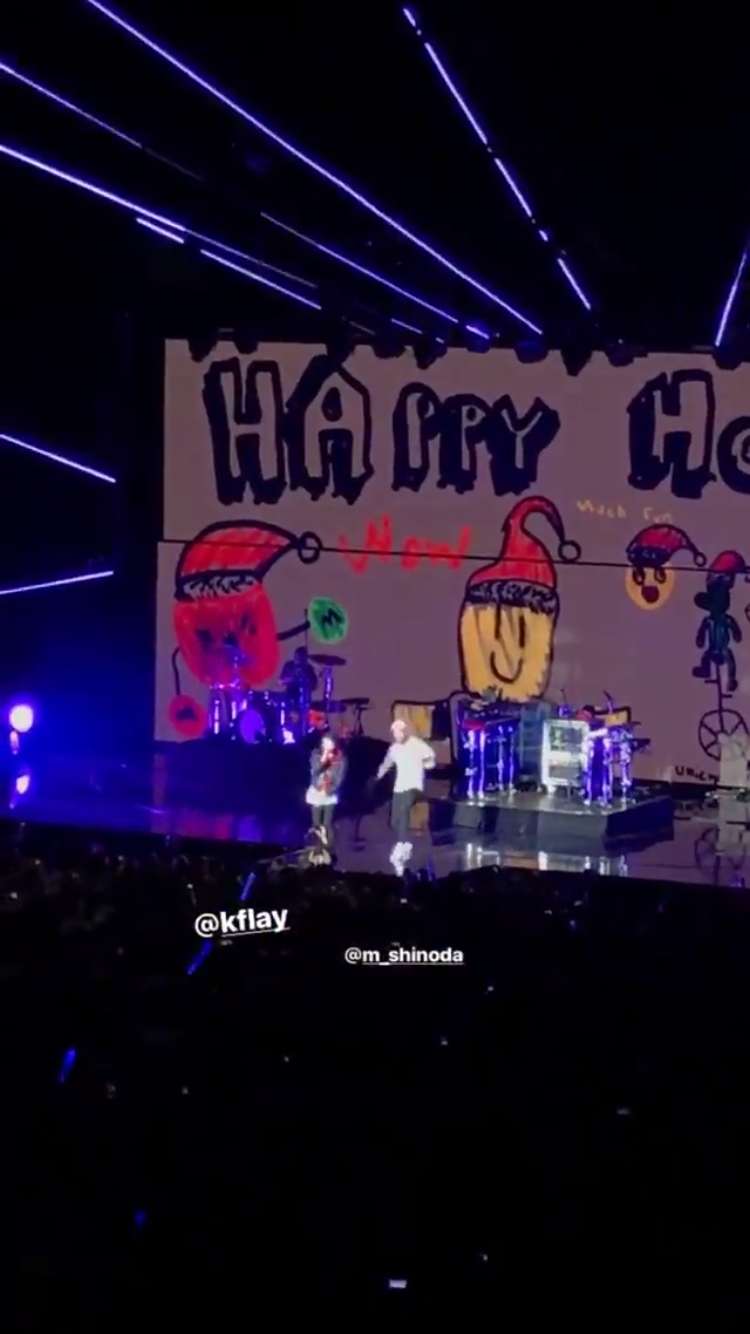 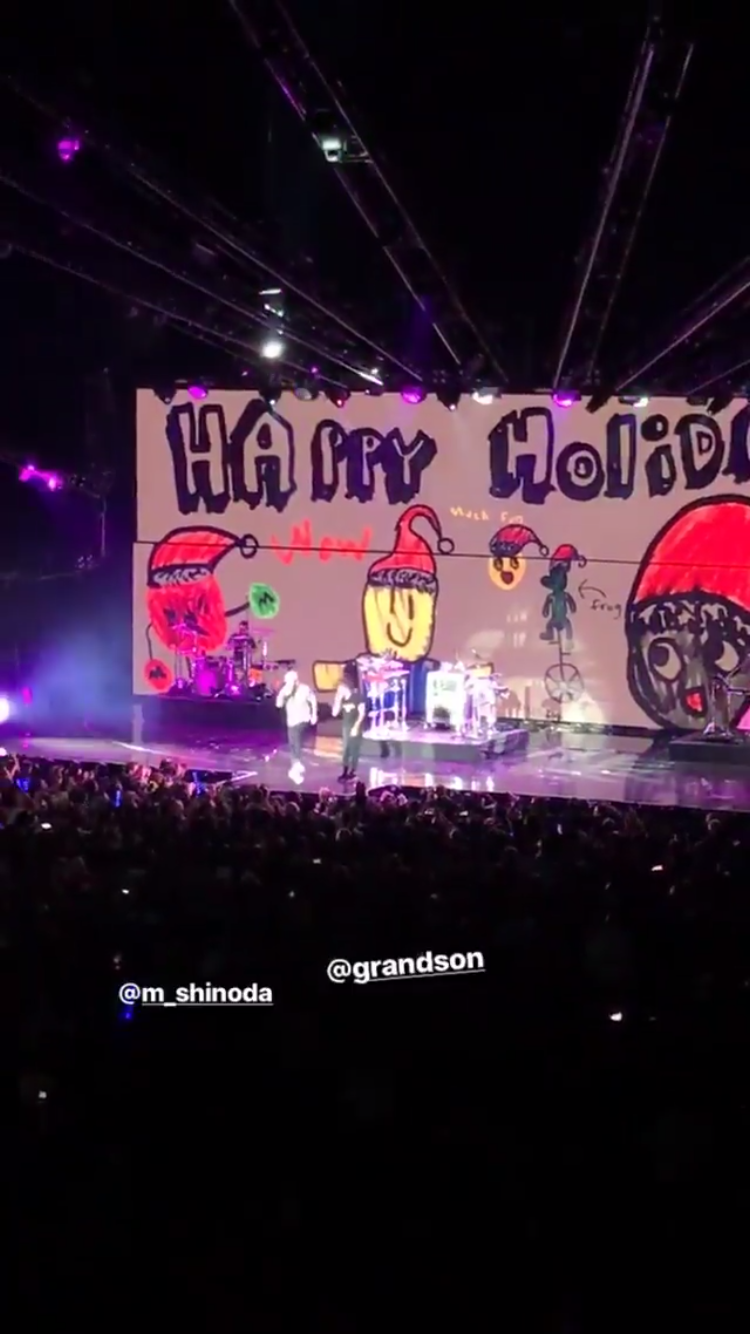 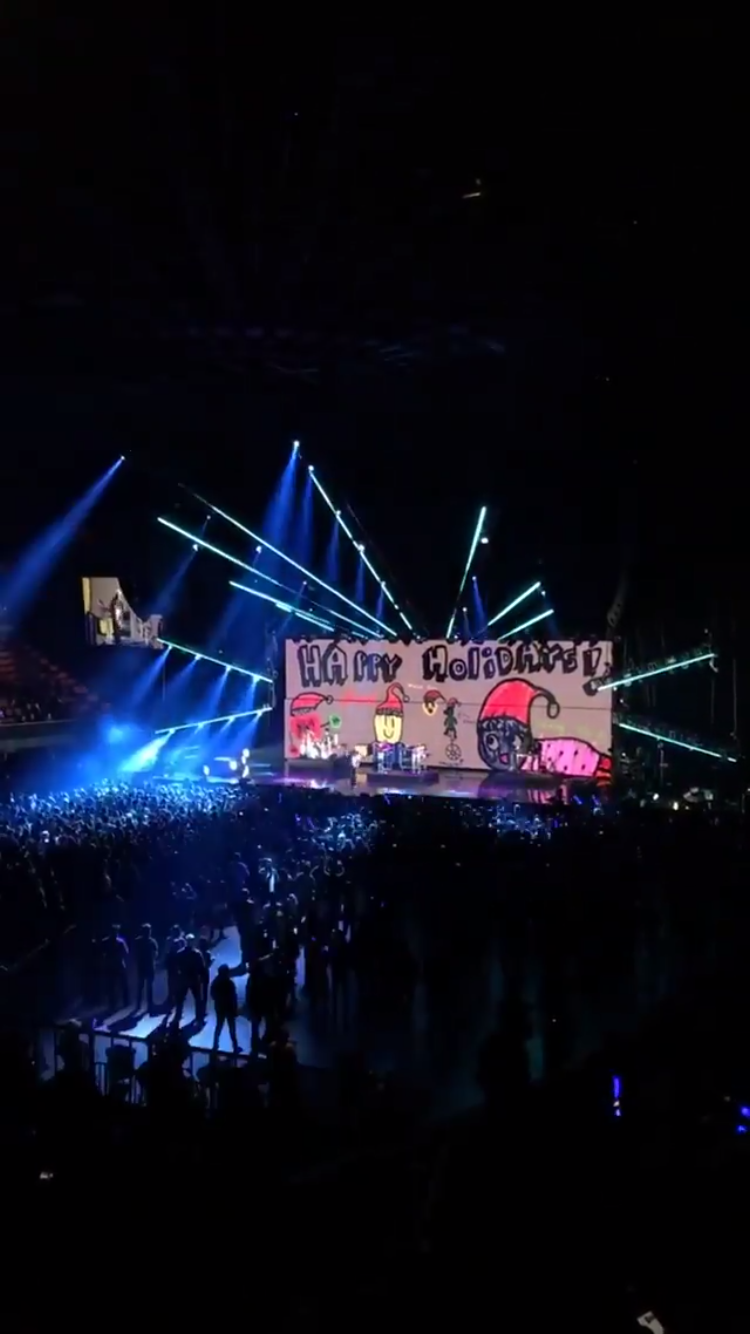 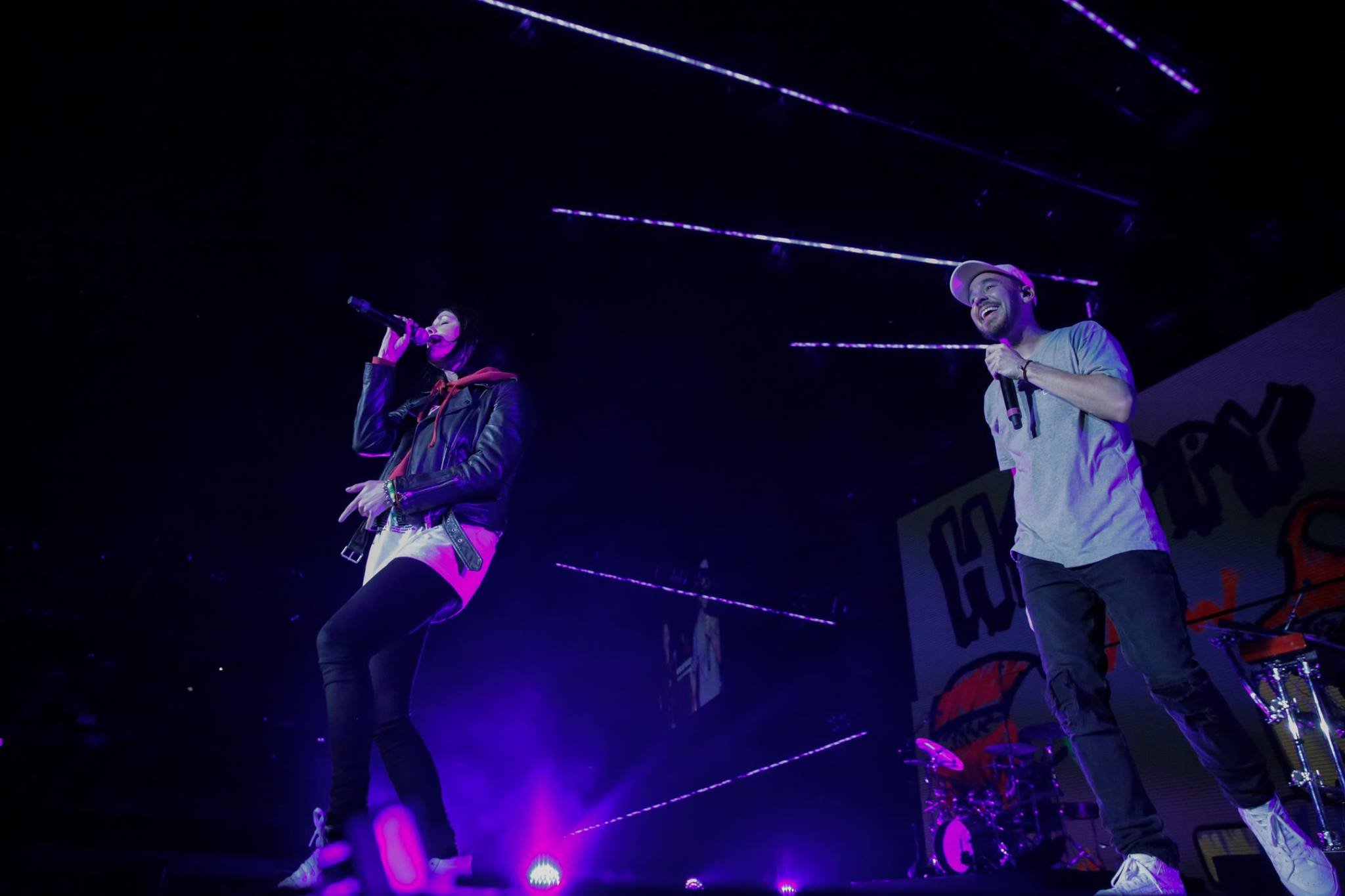 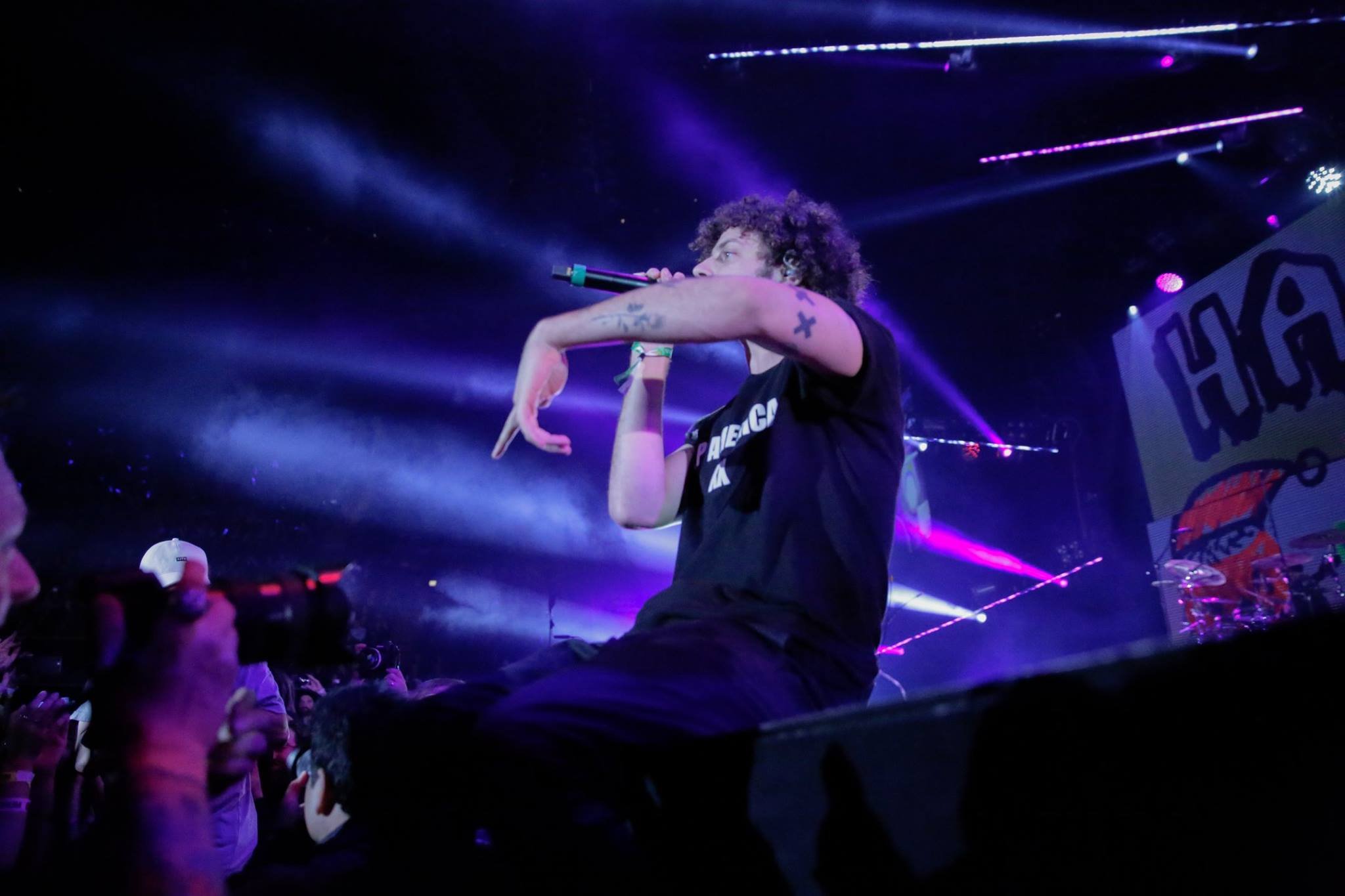 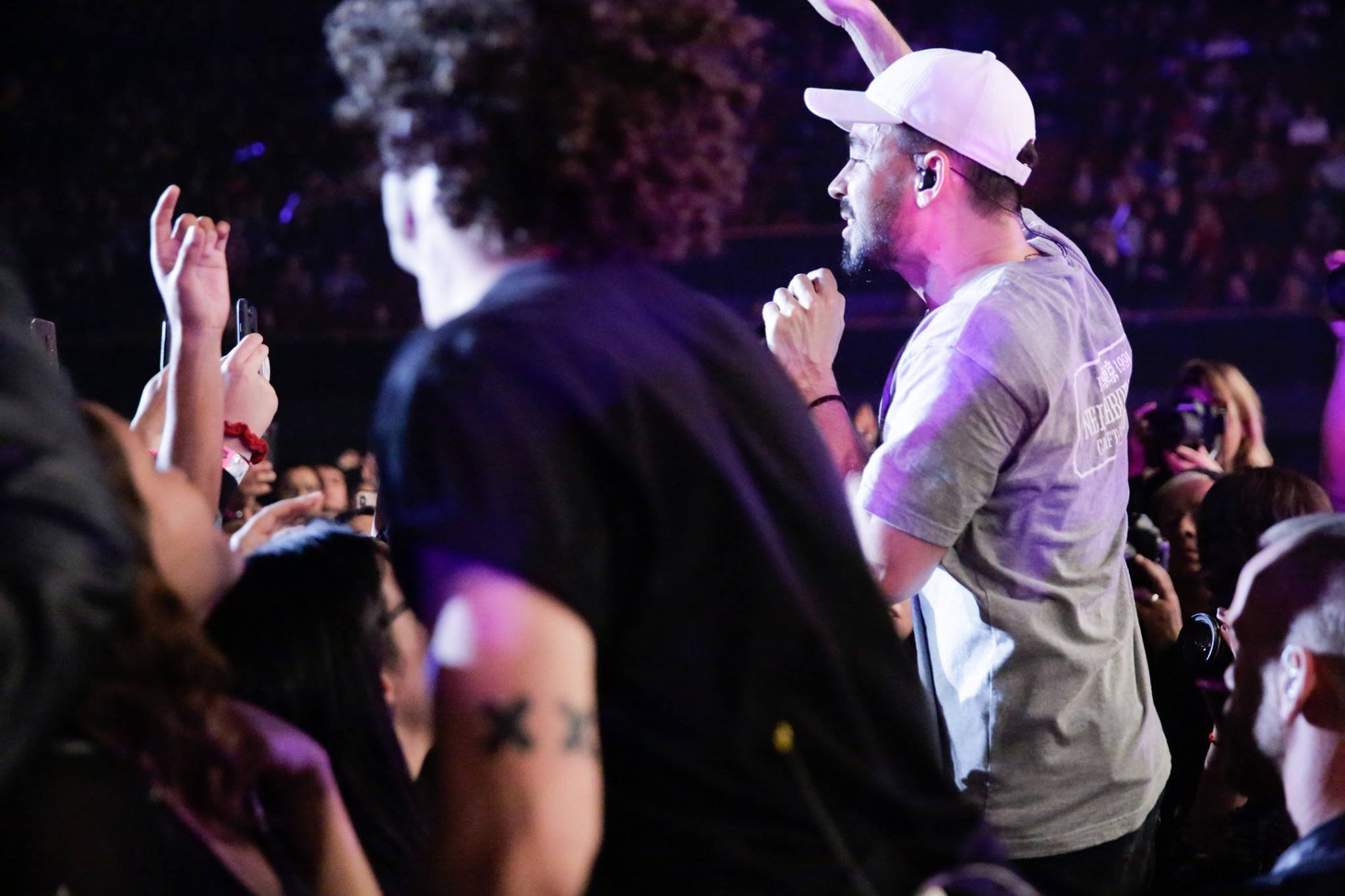 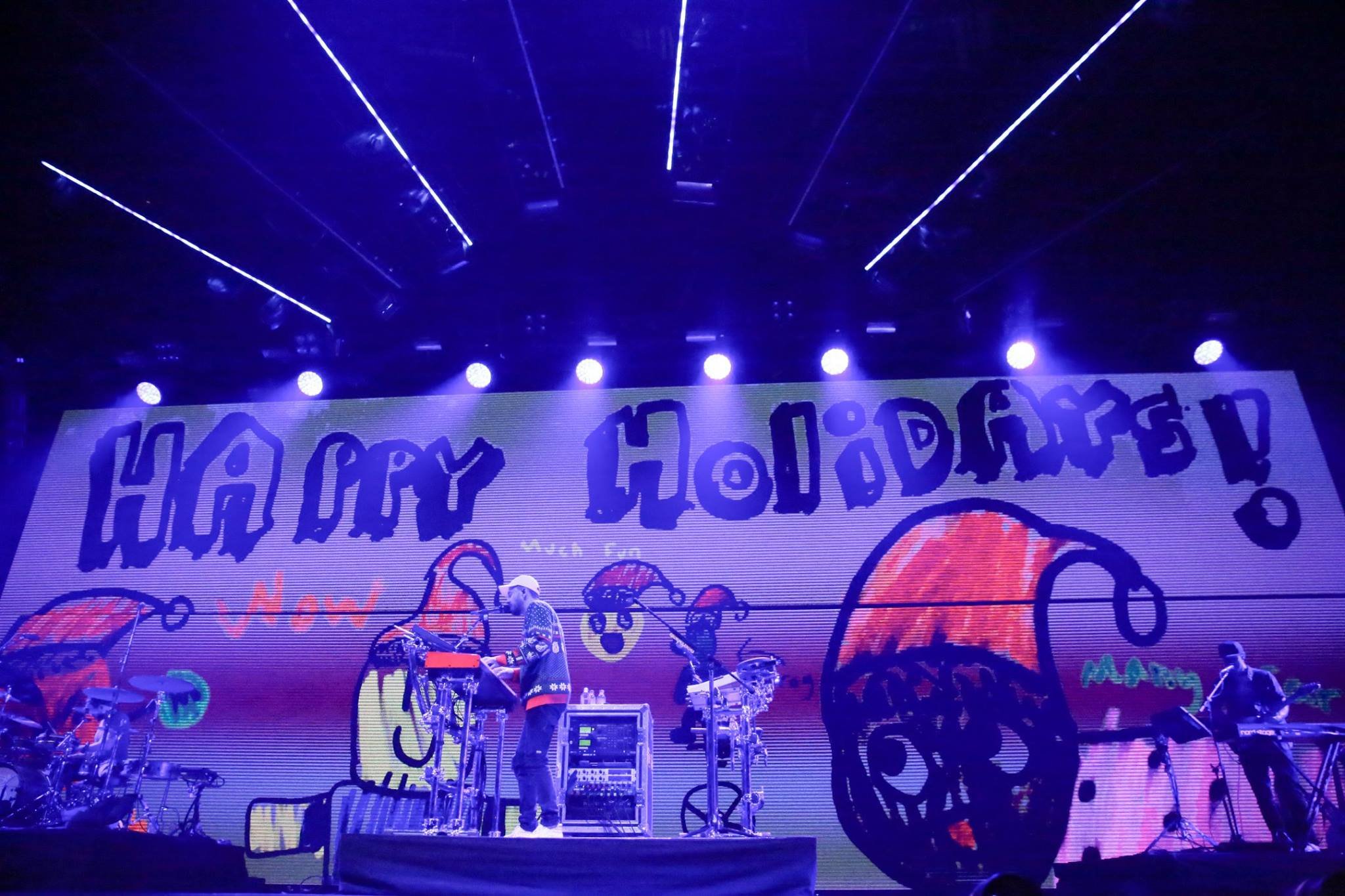 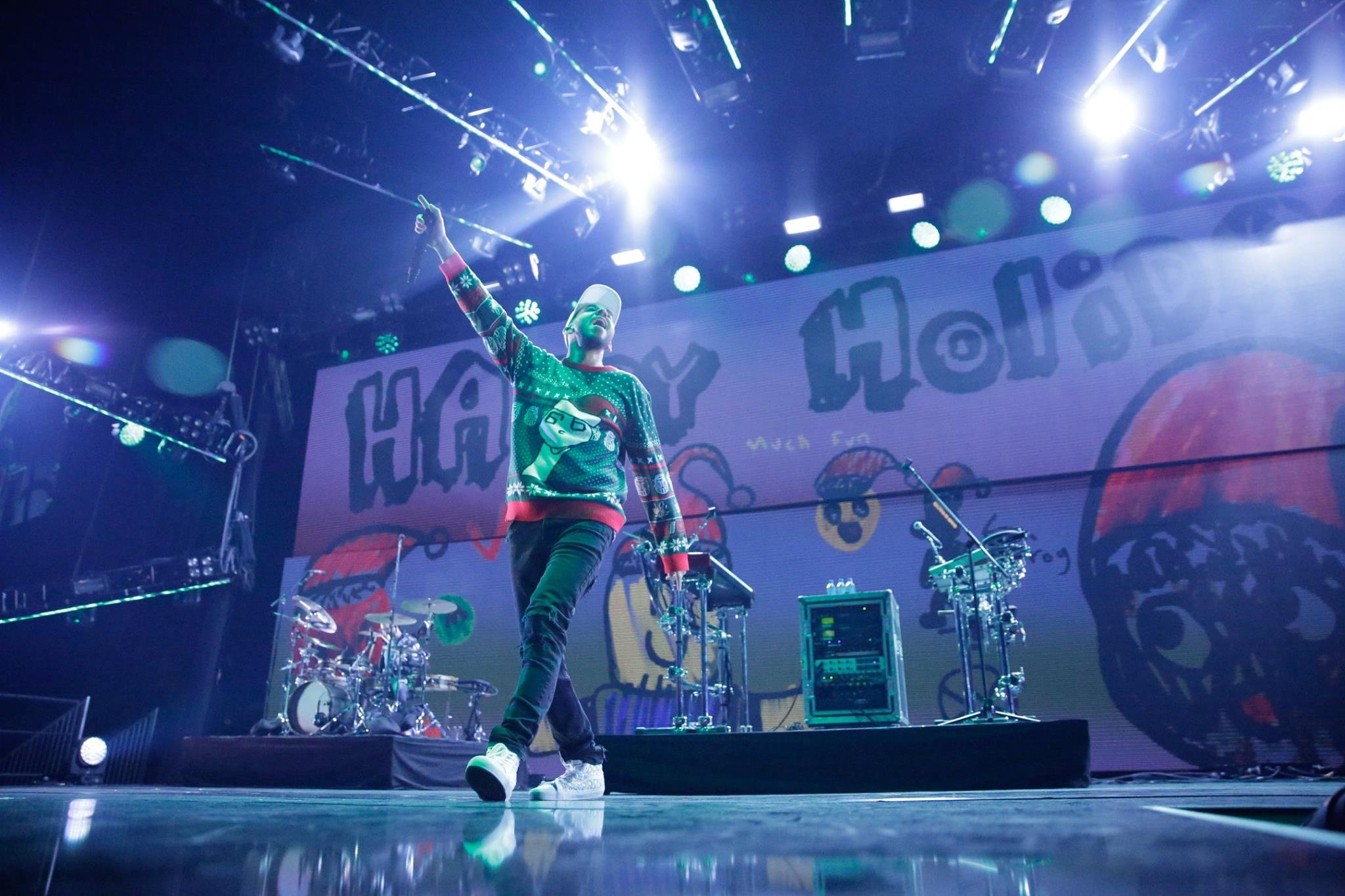 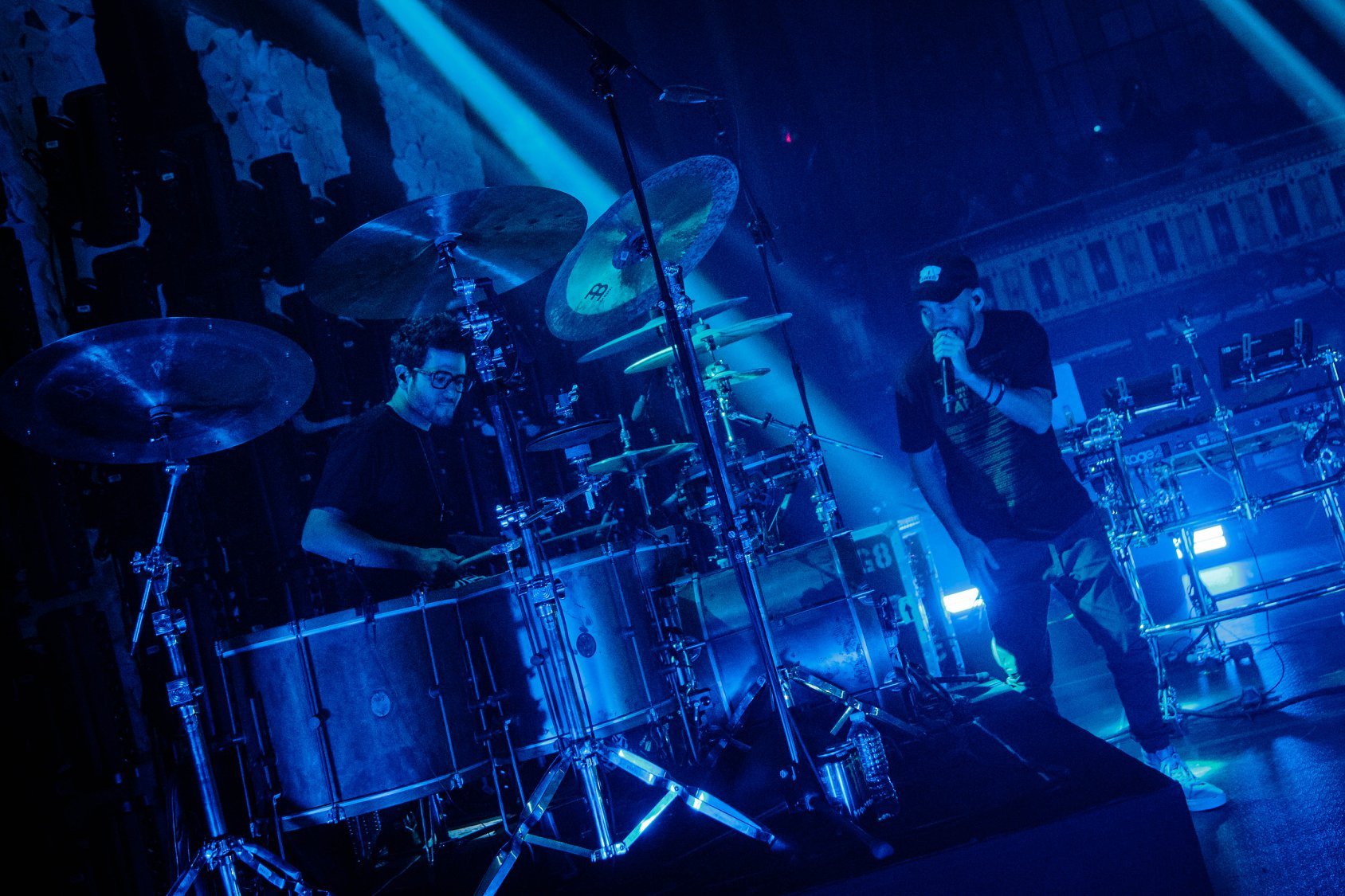 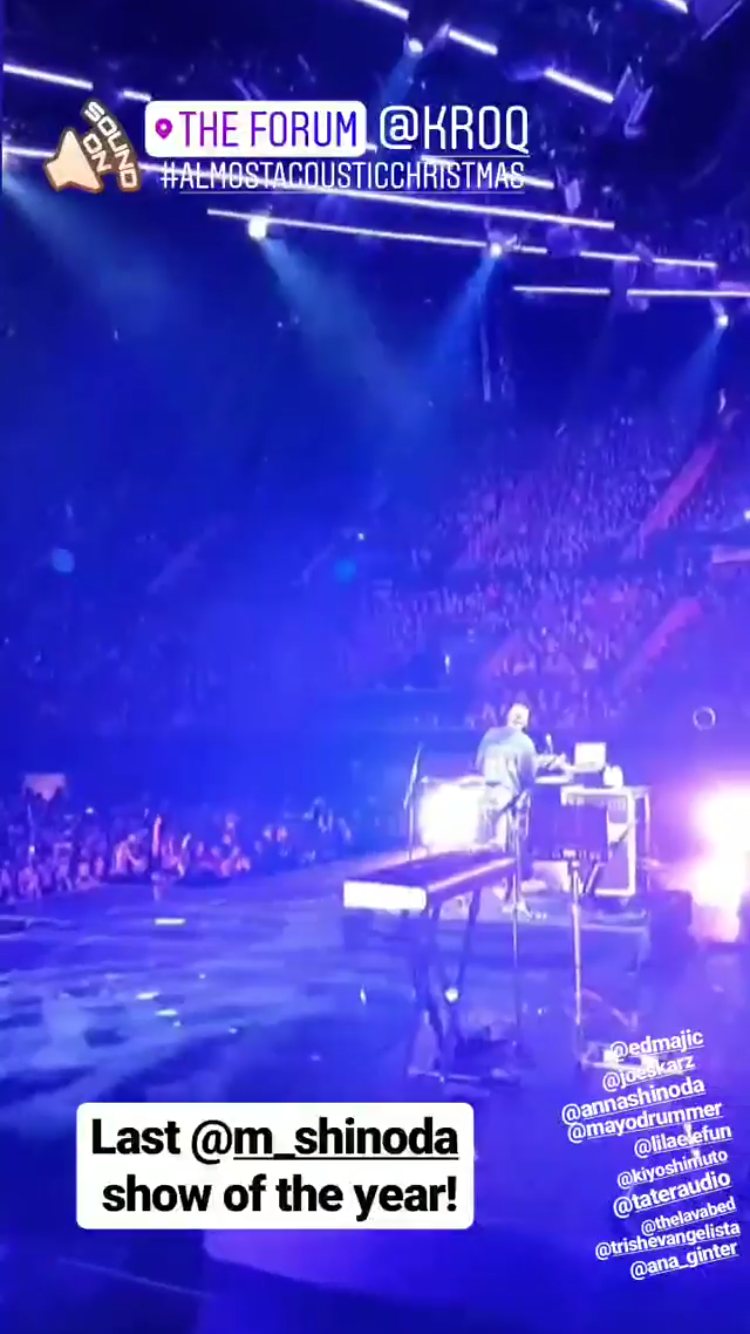 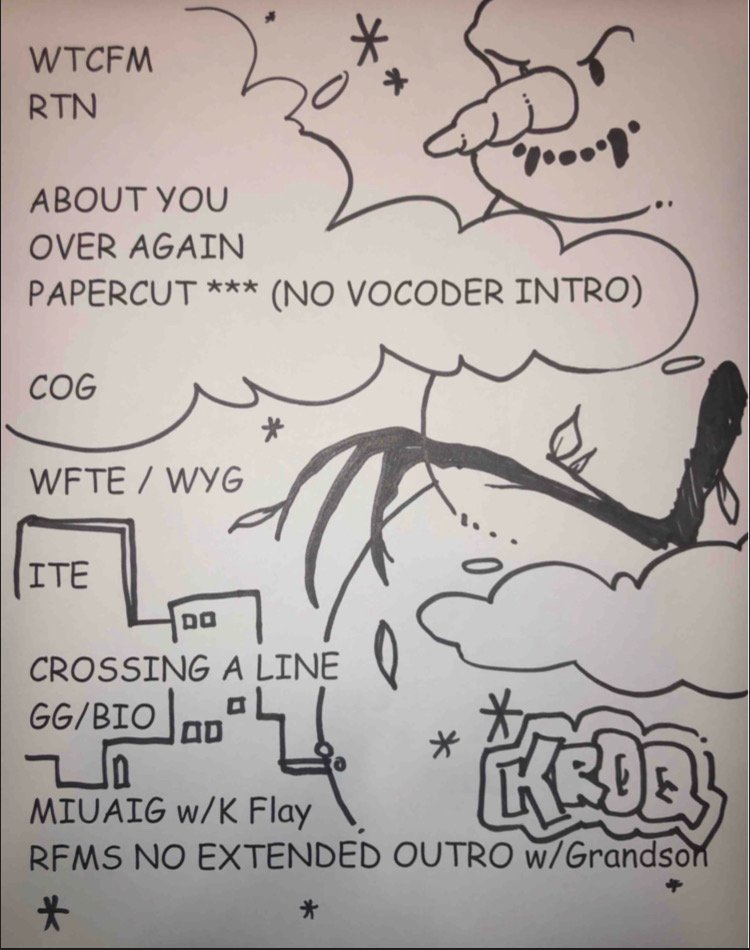