- Before 'World's On Fire', Mike mentioned that one of the samples in the song was his daughter coming in the room as he finished recording vocals and made a noise that was perfectly in key and on time, so he sampled it.

- Matt and Dan left the stage before 'Heavy' and returned for 'About You'.

- Before 'Heavy', Mike talked about the initial reception to the single, comparing it to the reactions they got when they released songs like 'In The End', 'Leave Out All The Rest', and 'Guilty All The Same' (which Mike noted made no sense to him at all) as singles. He finished it by advising people to think twice about what they say online.

- 'Running From My Shadow' was played without its usual outro.

Comments: Missing 'Remember The Name' and most of 'In Stereo.' Full source uploaded to YouTube the day after the show. Released on LPLive on November 25, 2018. 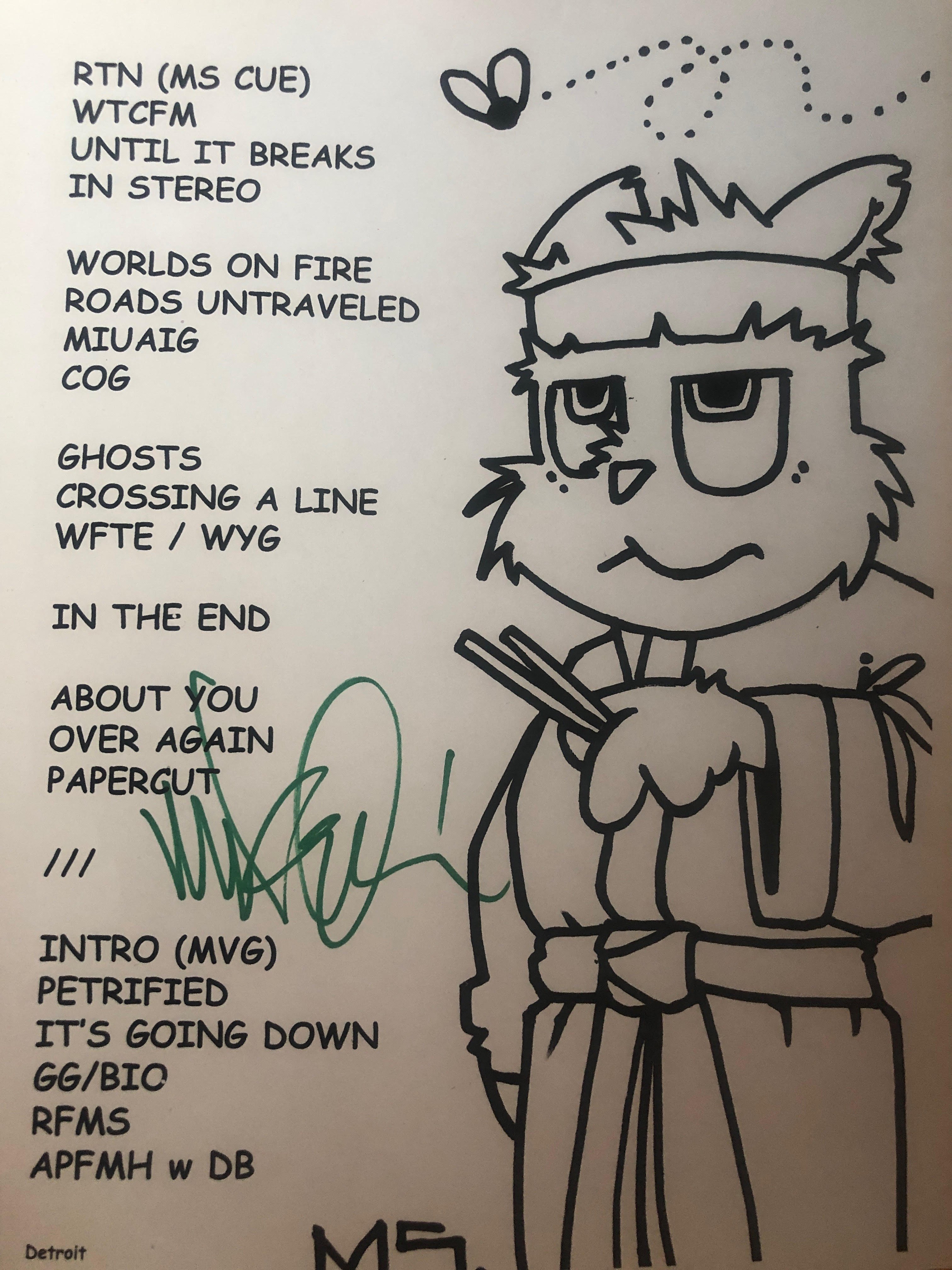 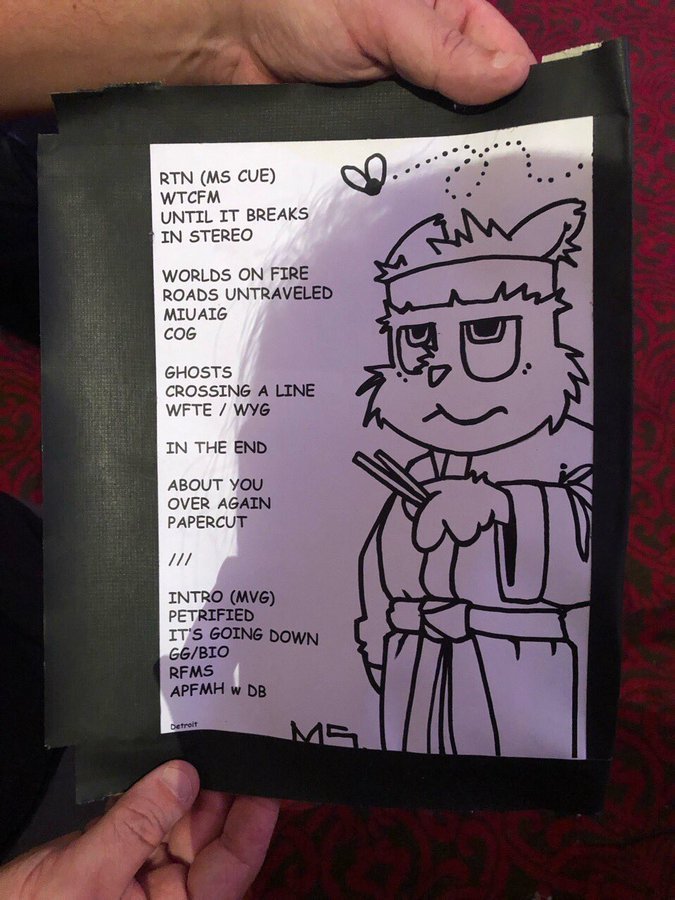