- During the bridge of 'Sorry For Now', Mike rapped the demo verse of 'Lift Off'. Dan did not perform his usual drum solo.

- Matt and Dan left the stage before 'Wisdom, Justice, And Love' and returned for 'Waiting For The End/Where'd You Go'.

- 'About You' was performed without its usual vocoder intro. It transitioned into 'Over Again' after the second chorus.

- Phoenix joined Mike and the band to play 'Papercut' and came back out from 'Castle Of Glass' onwards in the encore.

- Mike added 'Introduction', 'Petrified', and 'Until It Breaks' to the encore, none of which were on the setlist.

- grandson came out during 'Running From My Shadow'. His guitarist made a special appearance on the song as well for the first time.

- Mike and the band rehearsed 'Invisible' at soundcheck.
- This was the infamous show where Mike broke LPLive's show pages with a nine song encore, something the site was never built to do and had to be changed to handle starting with this performance. LPLive tweeted after the show, "Good job @mikeshinoda. You did the unthinkable; you actually broke the LPLive show page template w/ a 9 song encore. We never thought a set would get so wild. Clearly we're unprepared for this tour. Someone come control this guy (@AnnaShinoda? @digbyjim?)" to which Production Manager Jim Digby replied, "Hell NO we won’t control him, we’re gonna enable that greatness!  Ladies and gentlemen keep your seatbelts fastened until the ride comes to a complete stop."

- It was announced on October 15 that grandson would be opening for Mike at his shows in Los Angeles and Anaheim. AmirSaysNothing joined the tour starting on November 5. 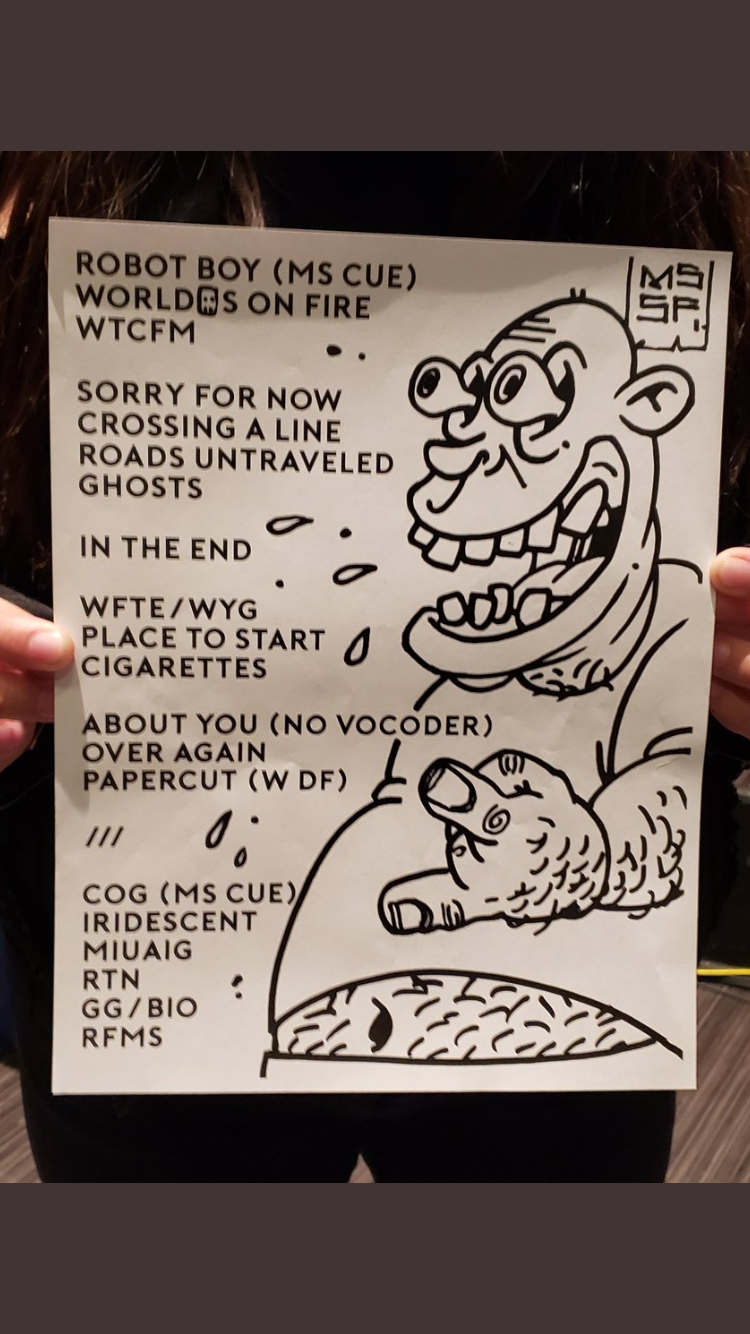