Deftones, Future, *, Rocket From The Crypt

- Instead of the traditional Post Traumatic backdrop Mike normally uses at festivals, he used a special Post Traumatic-style artwork inspired by Dia De Los Muertos as the backdrop instead. An exclusive t-shirt with the print was available at the event.

- 'Running From My Shadow' was written on the setlist as the closer, but was dropped, likely due to time. This makes it the first show since it's debut at 2018.06.14 Amoeba Records that it hasn't closed a show, and the first time that the 'Good Goodbye' and 'Bleed It Out' mashup did.

- Mike went into the crowd during the 'Good Goodbye' and 'Bleed It Out' mashup.

- Mike performed at the inaugural Dia de Los Deftones on November 3rd before Deftones and Future.

- The band ran through 'Sorry For Now,' 'I.O.U.,' 'Welcome,' and 'Hold It Together' at soundcheck. Mike was not present during 'Sorry For Now.' 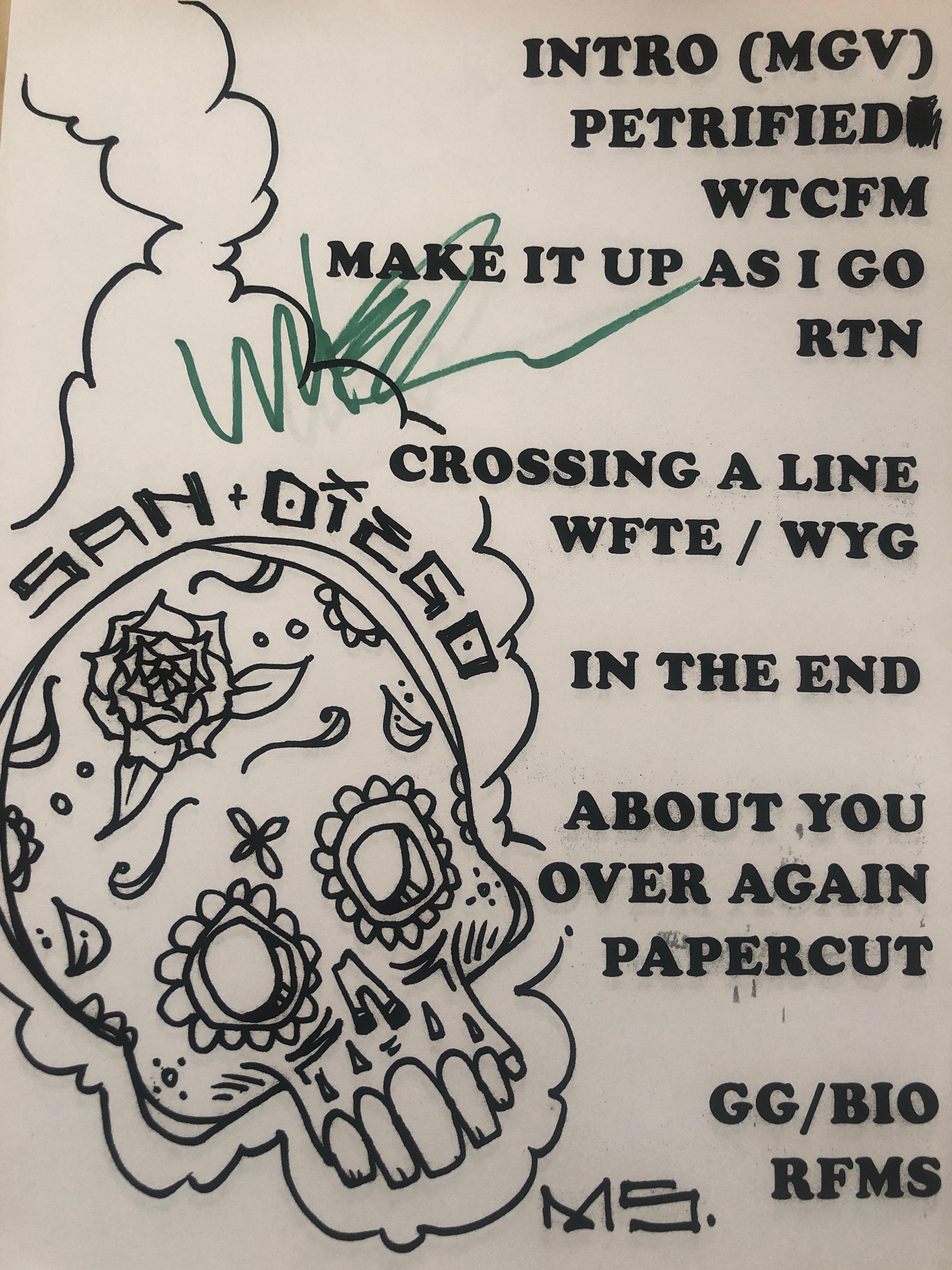