- Dan performed a drum solo during the extended bridge of 'Sorry For Now' before Mike rapped the first verse and chorus of 'High Voltage.'

- In response to a tweet about his setlists posted before the show, Mike added 'It's Goin' Down' to the encore after 'Remember The Name.'

- grandson joined Mike for 'Running From My Shadow.'

- It was announced on October 15 that grandson would be opening for Mike at his shows in Los Angeles and San Francisco.

- Joe Hahn, Rob Bourdon, and Adam Ruehmer were all in attendance.

Source 0: Video - PROSHOT (Mike Shinoda / Fan Footage)
Time: 3:30 mins
Comments: 'Make It Up As I Go' only. Official live video filmed by Mike Shinoda and fans and mixed together by Fan Footage. The final video was released on the Mike Shinoda YouTube page on December 14, 2018 and premiered on LPLive. 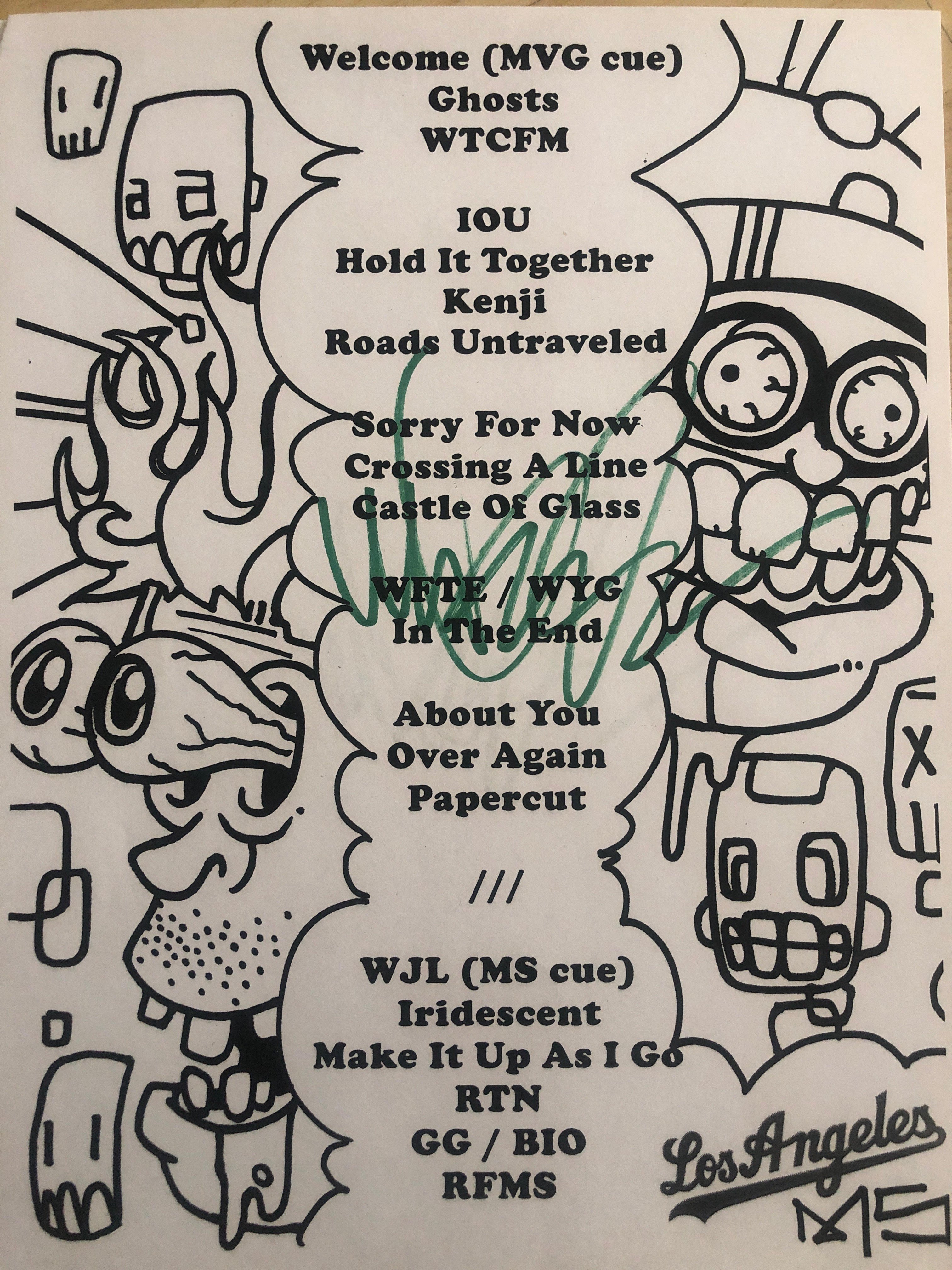 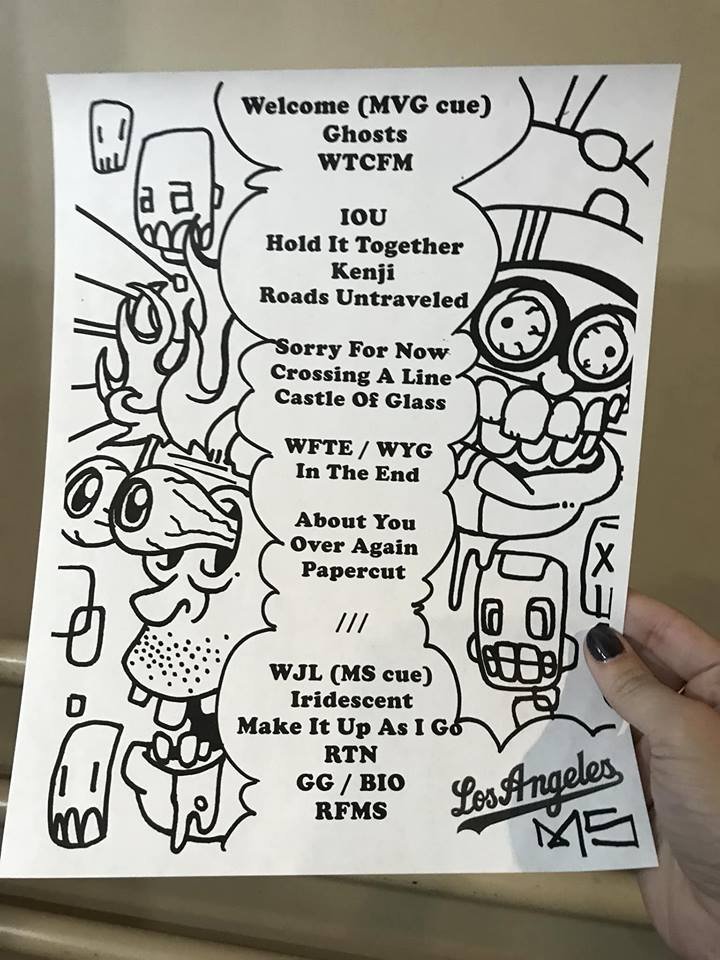