- Dallas was the only show of the Post Traumatic World Tour to feature the setlist EXACTLY as printed with absolutely zero changes. Not a single other show on the tour across the globe had this happen. And for that reason, Dallas is special!
- This is the first full show of the tour to not feature 'Roads Untraveled' and 'Sorry For Now'.

- Matt and Dan left the stage before 'In The End' and returned during 'Over Again'.

- Mike rapped part of 'I.O.U.' acapella before the song.

- Before the show, Mike and the band rehearsed 'Invisible'. 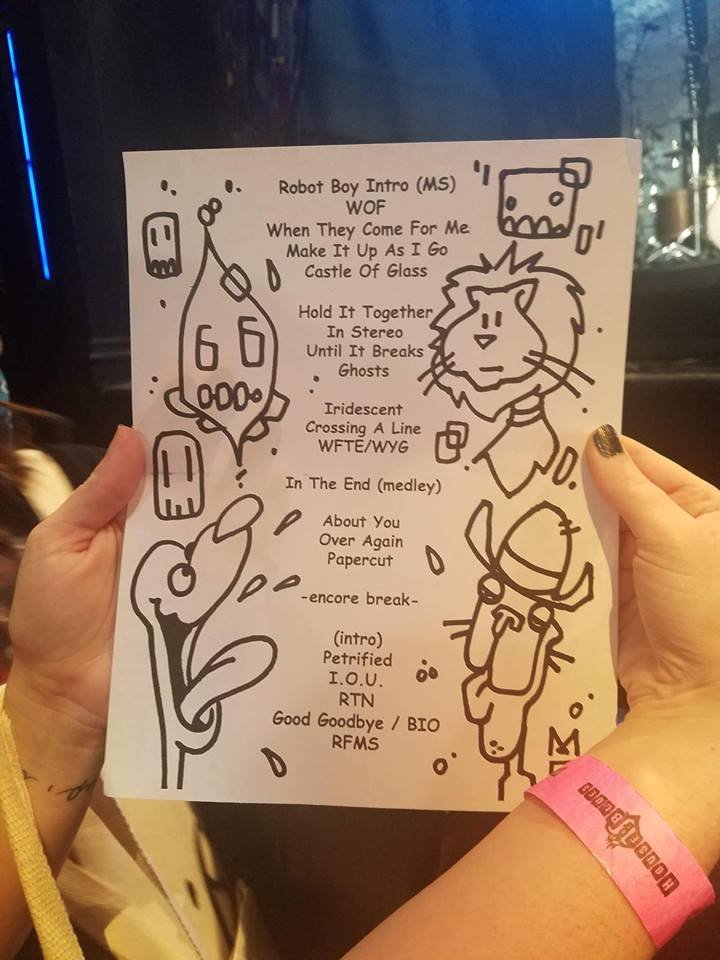