- Dan performed a drum solo during the extended bridge of 'Sorry For Now' before Mike rapped the first verse and chorus of 'High Voltage'.

- Matt and Dan left the stage before 'In The End' and returned halfway through 'Over Again'.

- Before the show, Mike and the band rehearsed 'It's Goin' Down'.

- Mike held a poll on his Instagram of which song he should add to the set: 'Cigarettes' or 'Hold It Together'. He played both.

Comments: Audio streamed live on Periscope until the second verse of 'Good Goodbye/Bleed It Out'. Parts of 'Running From My Shadow' streamed in video. 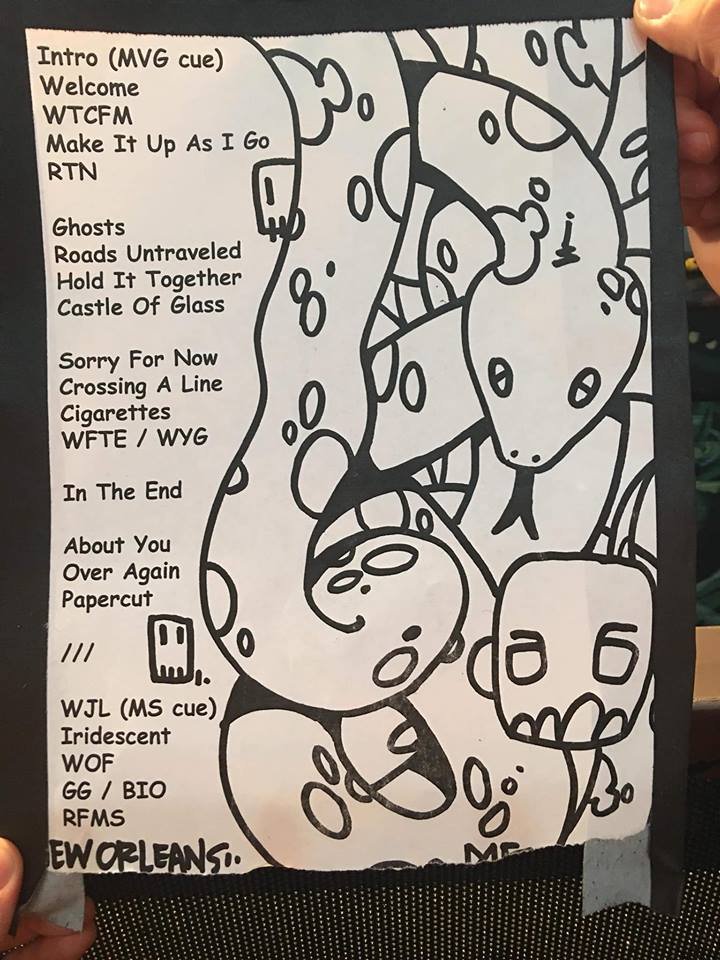