- Mike performed 'Cigarettes' for the first time since 2018.09.07 Wien, Austria, where he took it as a request. Both the 2018.09.03 Stockholm, Sweden soundcheck of the song (first performance since 2015.09.08 London, England) and the Wien performance were just Mike solo; this was the first time that Dan and Matt performed on the song. Before the song, Mike said, "I've been asking people online and at the Meet and Greets and stuff for requests. I decided to not do that today, I have a couple things that I want to play for you that I haven't done in a little bit. This is one, I don't really know the last time we did it. It's a Fort Minor song. I did a remix of it, I did this remix of it specifically for the live show a while ago, but then I only played it a couple times. So this is a special treat."

- Matt and Dan left the stage before 'In The End' and returned halfway through 'Over Again'.

- 'Roads Untraveled' was played in the encore for the first time. 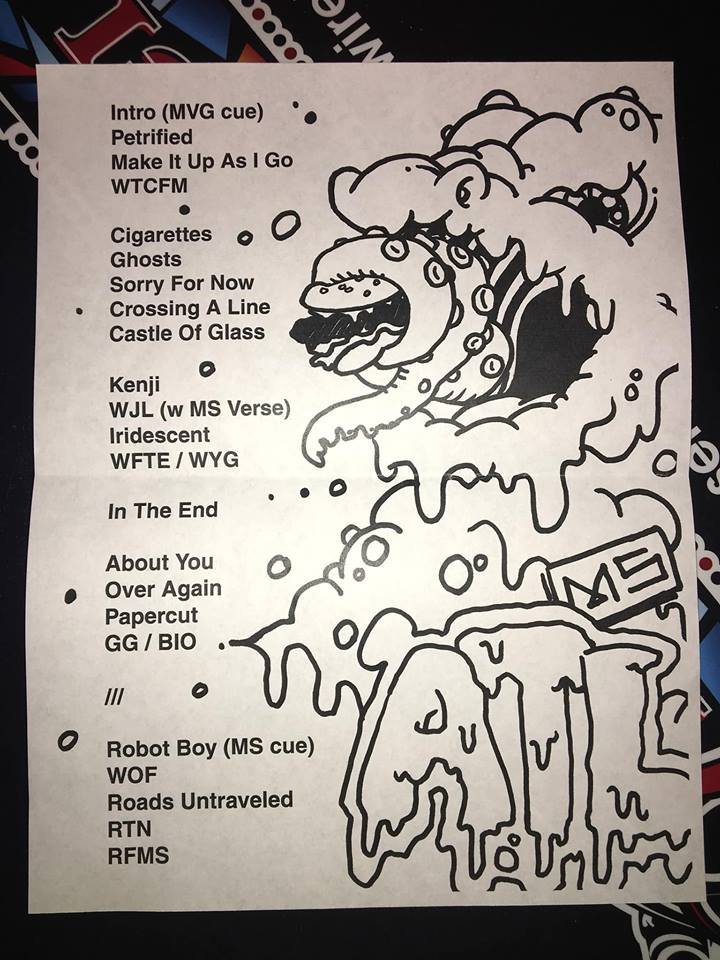