- Matt and Dan left the stage before 'In The End' and returned during 'Iridescent'.
- Before 'In The End', Mike told a story about coming to Florida as a kid when his dad worked for NASA. He explained playing Florida for the first time with Linkin Park (their first show outside of the west coast was in Florida on their first tour), driving the RV across the country, and mentioned Joe's huge DJ rig.

- Mike gave a little girl with a "Make Chester Proud" sign the choice between 'Burn It Down', 'Heavy', and 'Numb' after 'In The End'. She chose 'Numb'.

- After the second chorus of 'Over Again,' Mike transitioned into a shortened version of 'Papercut,' where he rapped the first verse, chorus, bridge, and ending before going back into the end of 'Over Again.'
- On 'Papercut', Mike picked up a guy's Linkin Park hat and wore it for the rest of the song. 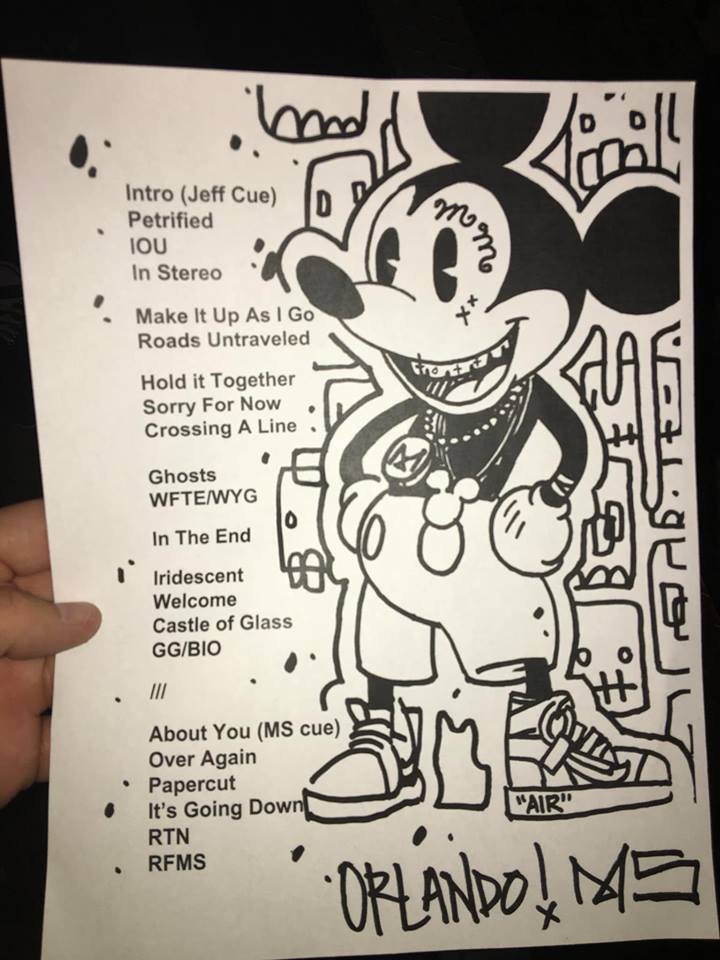