- Before 'Roads Untraveled', Mike talked about how the song was about the broken engagement of a close friend of his.

- Mike elected not to play piano on 'Sharp Edges' at this show. He stood on the side of the stage and watched the song. This was a very emotional performance of the track.

- Mike only played 'In The End' during the piano section of the show, the first time he had done so since he started playing other Linkin Park songs.

- Mike posted a Twitter poll asking fans what they wanted to hear at the show. The options were 'I.O.U.', 'In Stereo', 'Until It Breaks', or all of the above. He ultimately played all 3. 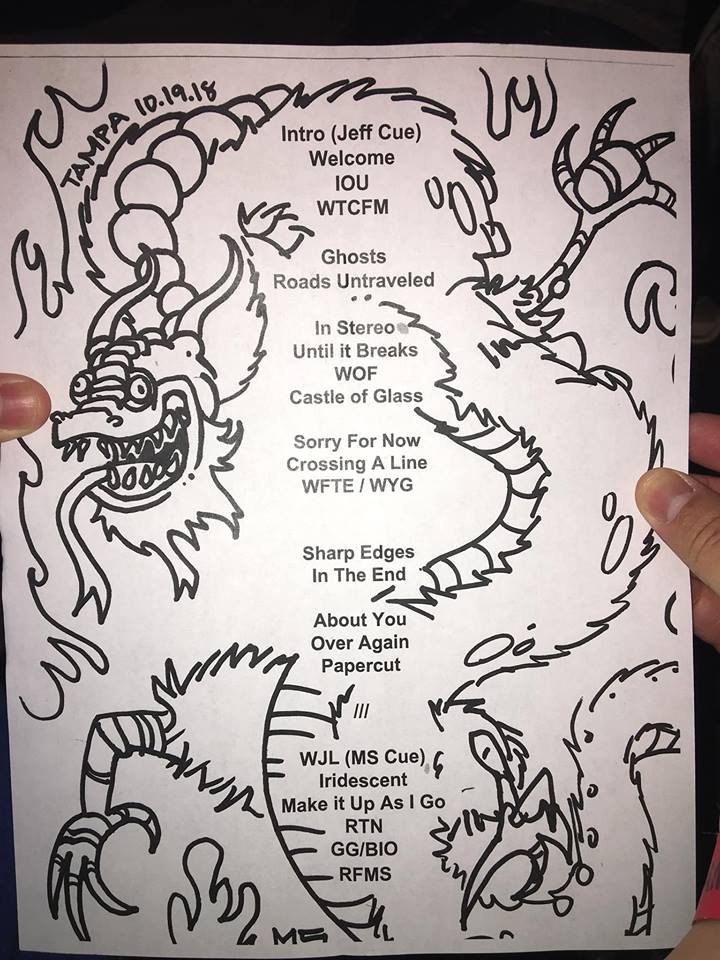