- Mike has technical difficulties with his guitar during 'Crossing A Line' and 'When They Come For Me'.

- Matt and Dan left the stage before 'In The End'. Dan returned halfway through 'Petrified' and Matt returned for 'When They Come For Me'

- After 'Numb', Mike rapped part of 'Numb/Encore' for the first time on tour. The last time the song appeared in any form was 2017.07.06 Birmingham, England.

- This is the first time 'Petrified' has been played outside of either opening the show or opening the encore.

- The 'About You', 'Over Again', 'Papercut' medley was played in the encore for the first time.

- A fan was brought on stage to play guitar during 'Running From My Shadow'. Mike walked through the crowd back to the merch booth to perform the song.

- Before the show, Mike and the band soundchecked 'It's Goin' Down' three times and 'Kenji'. 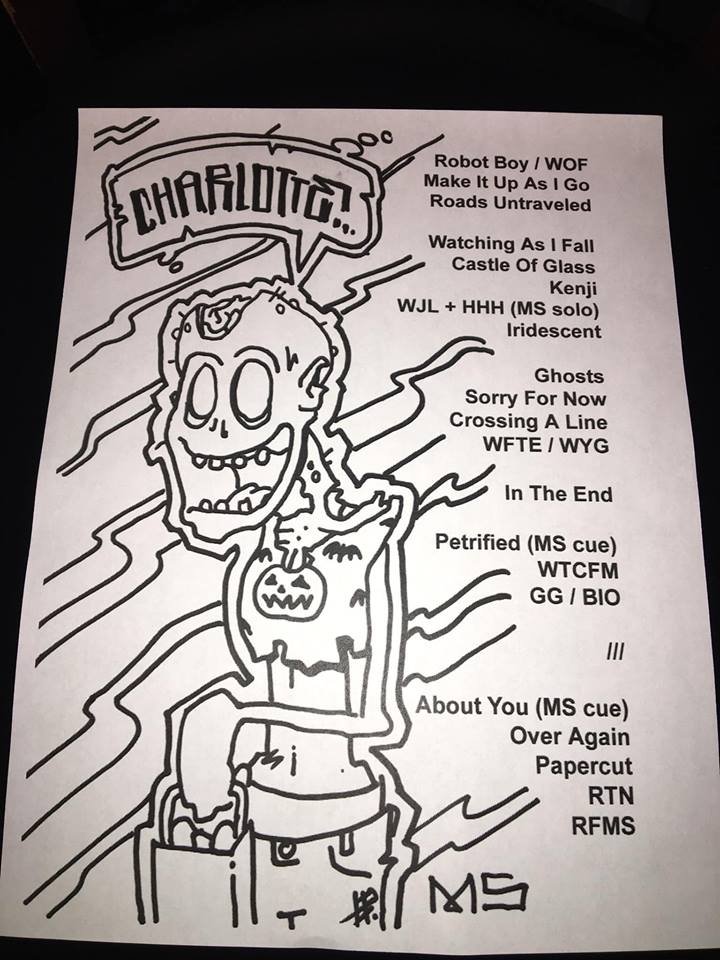 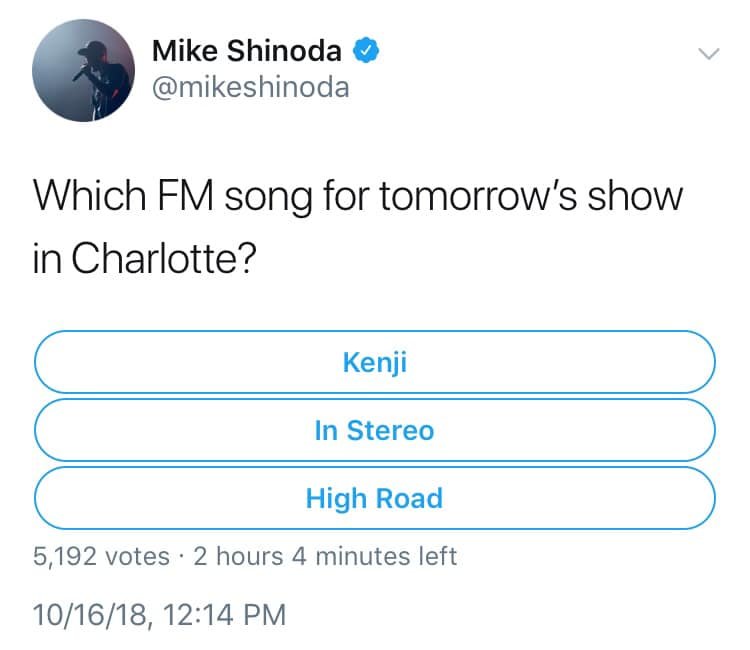 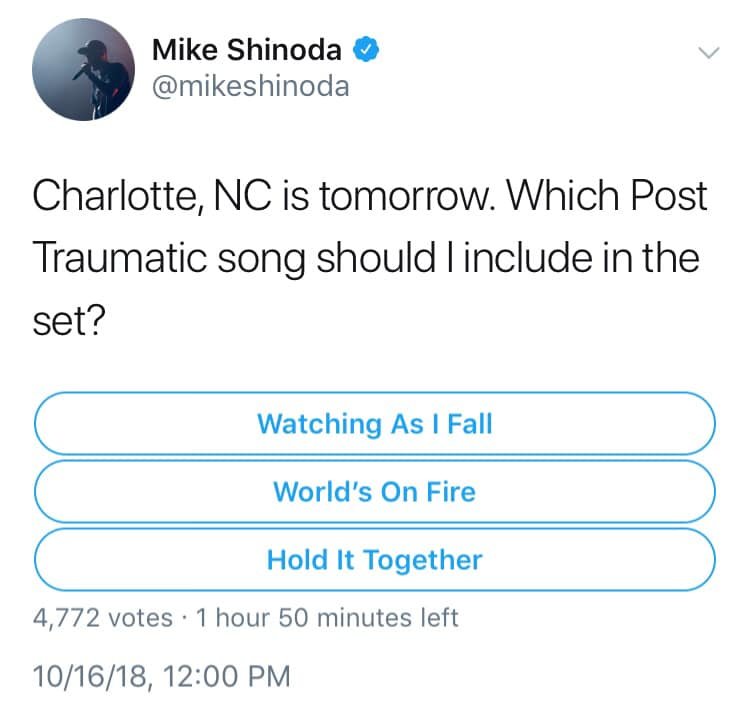