- After being absent for a few shows, 'Welcome' returned to the set to open the show.

- Grandson joined Mike on stage for 'Running From My Shadow'.

- Before the show, Mike and the band performed a soundcheck, rehearsing 'Until It Breaks', 'World's On Fire', 'Robot Boy', and 'About You' with a full band arrangement for the first time.

- After the soundcheck, Mike went to a haunted house with winners of a radio contest.

Location: Left side of the crowd, near the front

Comments: Missing 'Sorry For Now' and 'Hold It Together.' 'Crossing A Line' and 'Roads Untraveled' filmed from backstage. Small cut during 'Papercut.' Full source posted on YouTube the night of the show. Released on LPLive on October 18, 2018. 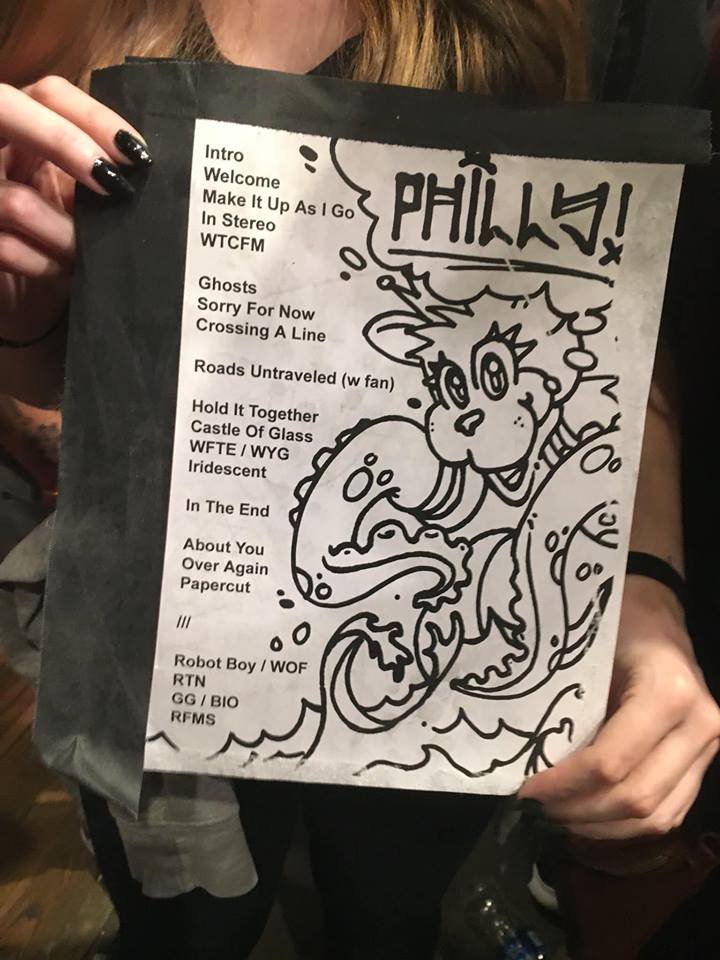