- Mike stopped 'Petrified' before the bridge, likely due to a technical problem. Mike went backstage briefly before coming back out after the song to introduce the band (their cue to come out during the bridge was skipped).

- 'In Stereo' was performed for the second time on the tour, the first being in 2018.09.07 Wien, Austria. This was the first time both Dan and Matt played during the song.

- After 'In The End,' Mike asked for requests from the crowd. He played piano versions of 'Burn It Down' and 'Numb.' This was that Mike performed the entirety of 'Burn It Down' on tour, and the first time since 2017.03.24 Amsterdam, Netherlands that it was performed like that.

- 'Papercut' closed the main set for the first time.

- After performing a partial piano version of the song in 2018.09.01 Moscow, Russia earlier on the tour, Mike performed 'Iridescent' in its entirety for the first time since 2011.09.25 Singapore, Singapore.

- This was the first full headlining show of the tour to not feature 'Welcome.'

- This was the first time a shortened version of 'Petrified' was performed.

Comments: Highlights and footage from most of the show. Uploaded to YouTube several weeks after the show. 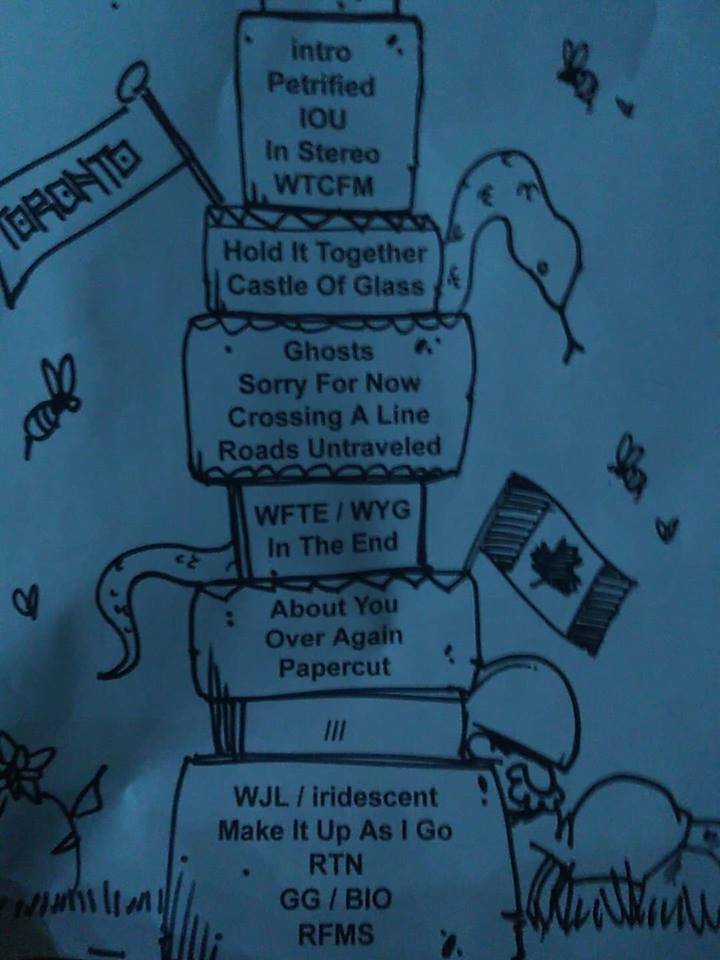