- Mike once again changed the setlist order at this show, most notably moving the piano versions of other songs before 'In The End' instead of after the song like he had been doing on the tour.

- Dan performed a drum solo during the extended bridge of 'Sorry For Now.' Mike went to the bar and got a drink while the drum solo happened, and wouldn't start the song again until both Matt and Dan had drinks, too. Dan spilled his drink on his drums.

- Matt and Dan left the stage before 'Burn It Down' and returned halfway through 'Over Again.'

- A piano version of 'Burn It Down' was teased before 'Heavy' but not performed.

- This was the first time the full version of 'Heavy' was performed in a piano version on the tour.

- Mike rapped the first verse of 'A Place For My Head' acapella after 'Papercut'.

- During the encore, Mike decided to perform 'Kenji' from a fan request earlier in the day at soundcheck.

- Mike stood on the bar to end 'Running From My Shadow.'

- Before the show, radio winners were treated to an exclusive soundcheck. As a surprise, LPU members were allowed to attend as well. They ran through some tracks like 'Roads Untraveled,' preceded by a jam using samples from 'I.O.U.' He then performed 'It's Goin' Down' for the first time on the tour. Mike took requests, and performed 'Kenji' for fans. A fan asked for 'Bubbles' from LPU 8 but Mike said no. Additionally, he performed the Fort Minor 2015 Remix Version of 'Cigarettes' for the first time on the tour before saying that it wasn't going to play it during the show that night. Mike played the string part of 'The Catalyst' before going directly into 'Over Again.'

Comments: Soundcheck only. Uploaded to YouTube the day after the show. 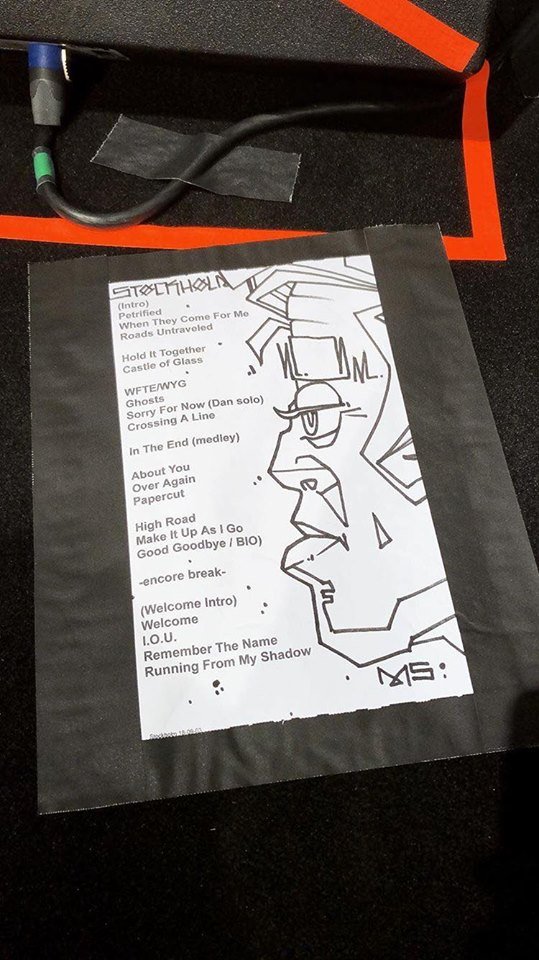