- The setlist changed once again, Mike adding 'Watching As I Fall' in, moving 'Hold It Together' down into the set, and moving 'Ghosts' to the encore.

- Before the 'Waiting For The End' and 'Where'd You Go' mashup, Mike told a story about his piano teacher and how he learned to play the types of music he listened to.

- Mike performed short piano versions of Linkin Park singles 'Heavy,' 'Burn It Down, and 'Numb' after 'In The End.' Unlike the previous show in Köln, Mike played the entirety of 'In The End' and 'Numb.'

- Before 'Hold It Together,' Mike spoke about how he no longer gets sad from thinking about Chester, talking about the Chester graffiti in Russia.

- This was the first time Mike performed the entirety of 'Numb' at a solo show. 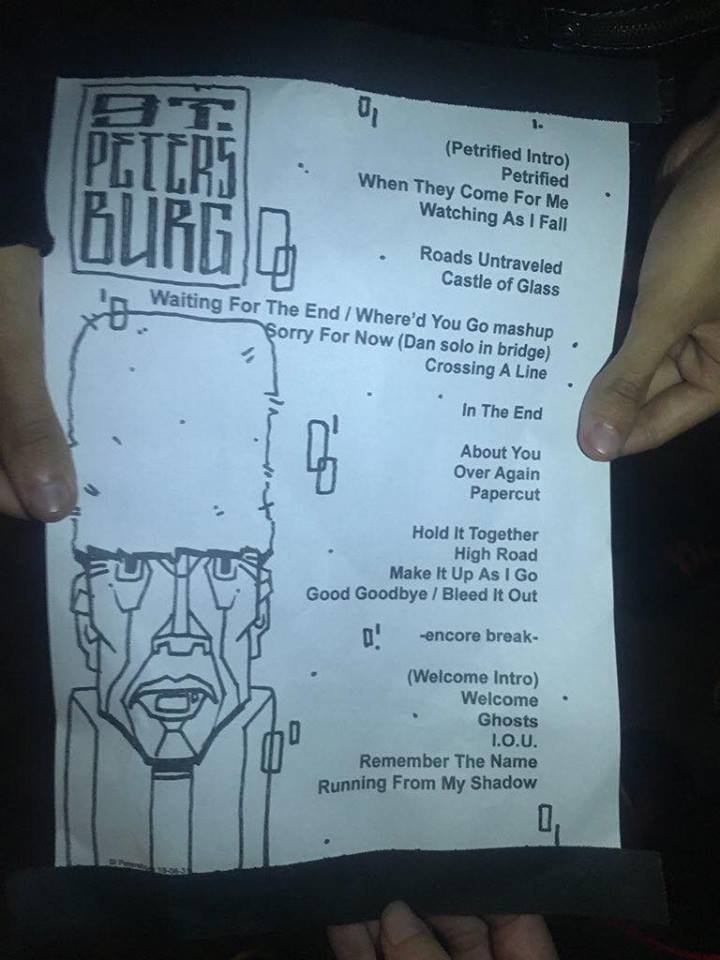