- Due to heavy rain, Mike's set was slightly delayed as the crew took extra efforts to protect the gear from the rain. As a result, the setlist he played greatly differed from the paper setlist: 'When They Come For Me' was set the open the show, followed by 'Watching As I Fall.' 'Petrified' was not on the original setlist.

- Mike performed with a backdrop that had the cover of Post Traumatic on it.

- Mike slightly changed the festival set from the previous day at Reading, replacing 'Roads Untraveled' with 'When They Come For Me.'

- During the piano intro of 'In The End,' Mike talked about the famous "Are you playing Reading or Leeds?" inside joke.

- Mike sang the chorus of 'Good Goodbye' instead of the 'Bleed It Out' chorus during the mashup of the two songs.

- Mike performed on the Main Stage at Leeds on August 26th. This was the first time he's played Leeds since 2003, having to cancel his Fort Minor show there in 2005 due to having to be in Florida the day after Reading.

- Mike joined Sum 41 onstage later on in the day for their cover of Linkin Park's 'Faint.' 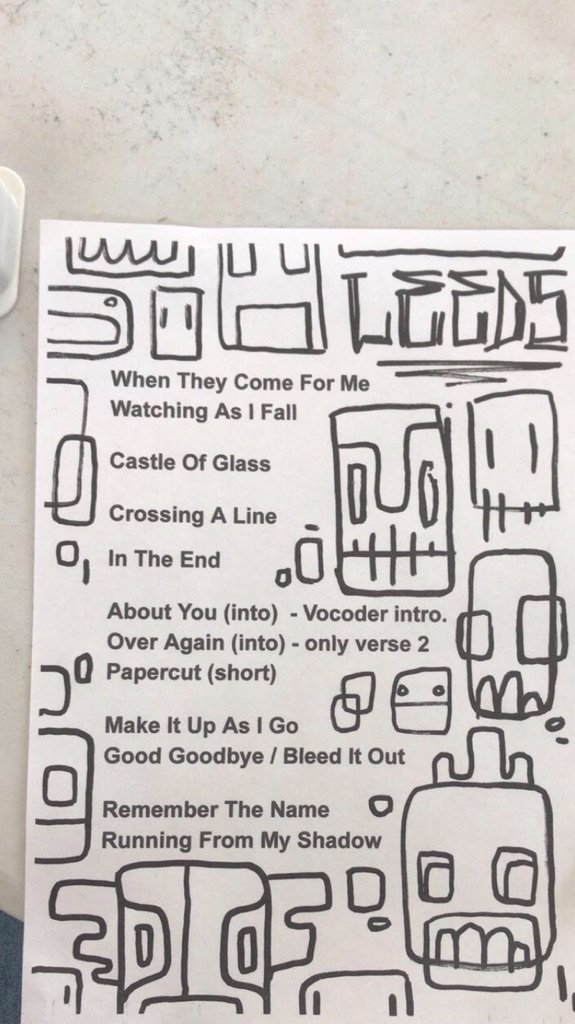