- Mike spoke about the things that helped him decide to do this tour before 'In The End': "There's a couple of things that helped me get there. One of them was just realizing that it was an opportunity to get over some anxiety about getting up without the other guys in Linkin Park. The other thing was to get up here and say thank you to you in person for all the incredible support you've given me and everybody on our family."

- Mike also talked about the #MakeChesterProud hashtag during the piano intro of 'In The End,' talking about a book he had read called Option B: Facing Adversity, Building Resilience, and Finding Joy by Sheryl Sandberg.

- 'About You' transitioned into 'Over Again' after the second chorus. The song was not performed with its regular vocoder intro.

- Matt didn't sing the backing vocals during the end of 'Papercut.'

- Mike messed up the lyrics to the first verse of 'Make It Up As I Go.'

- Mike performed at day one of Rock en Seine in Saint-Cloud.

- This was Mike's first show in Europe as a solo artist. 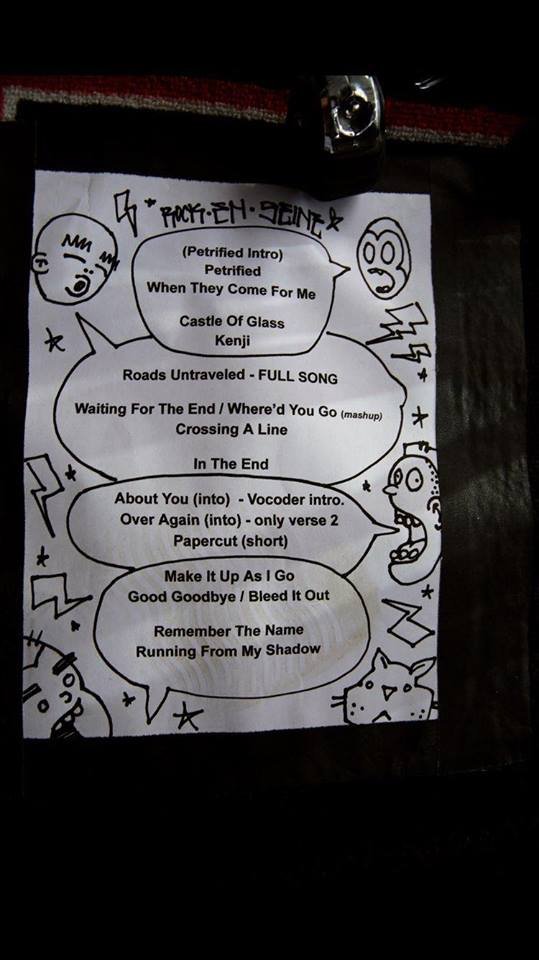