- Due to China's strict censorship rule, several songs had to be censored. This affected songs are: 'Welcome,' 'Watching As I Fall,' 'When They Come For Me,' 'About You,' 'Over Again,' 'Make It Up As I Go,' 'Bleed It Out,' 'Petrified,' and 'Remember The Name.'

- After being performed at the previous two shows despite potentially political restrictions, 'Kenji' was dropped from the setlist at this show.

- 'Crossing A Line' was added back into the set after being dropped from the previous two shows in China.

- This was the first time an acapella version of 'Waiting For The End' has been performed. 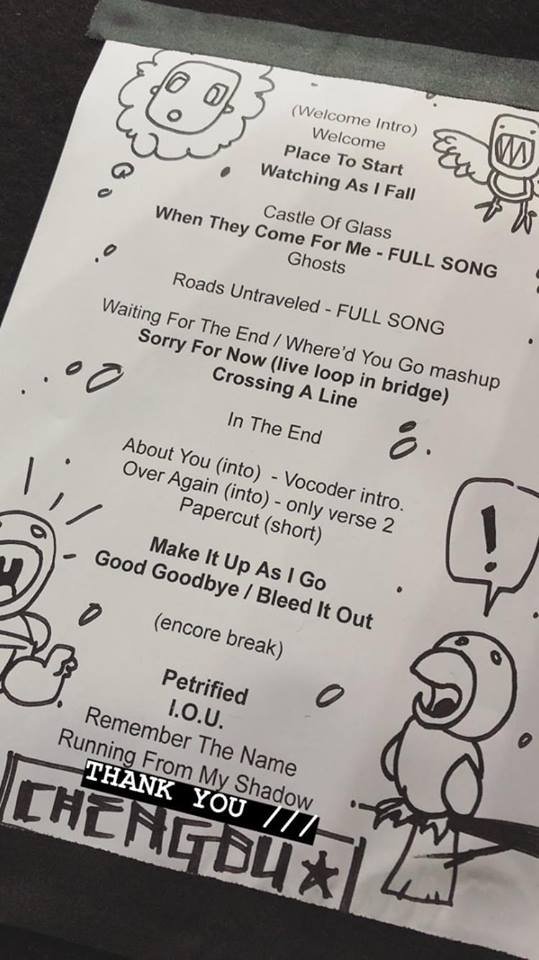