Back to Chester Bennington

- This was a pre-production for Chester's Xero audition with Size 5 as his backing band. Size 5 was formed by John and Jay Kereny from Lemon Krayola, Bart Applewhite from Kongo Shock and Chuck Moore. Jay Kereny produced the performance and it was videotaped by Chester's ex-wife, Samantha. The following day, Chester spent about 3 hours in the Conservatory Of Recording Arts & Sciences with Ghery Fimbres and the final audition tape was committed to DAT. The songs on the tape sent to Chester by Xero were 'Rhinestone', 'Esaul' and 'Pictureboard', but it's unknown what the final product was. It's confirmed Chester wrote an audition song and that he recorded a version of 'Pictureboard'.

- The Base was a multi-use compound created by Tyree Michael Carter that existed from 1995 to 2007. It worked as an office space, rehearsal and recording studio and private bar. 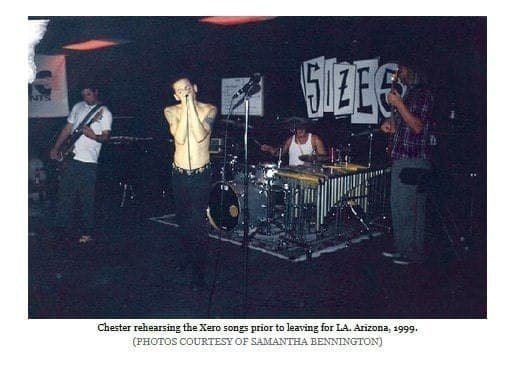 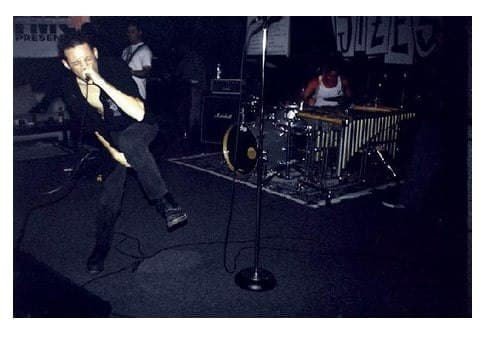