- Linkin Park had to submit a list of songs to the Chinese communist government to be "pre-approved" for the setlist. The Chinese did not approve 'Given Up' and 'Hands Held High' and required them to be removed from the show for political reasons. You can view a scan of the original document below, a rough English translation can be found here.

- This show was a make-up show for the canceled show in Shanghai in 2008.

- There was no opening band at this show as far as we know.

- The venue put plastic chairs down, covering the entire floor, for this show.

- Mike posted on his blog after the show, "A good pic from the show in Shanghai last night. This was the same venue that hosted this year’s Olympic events. It was an amazing show, and a fantastic experience in China all-around. A big thanks to our Chinese fans and friends who helped make these shows a reality!" 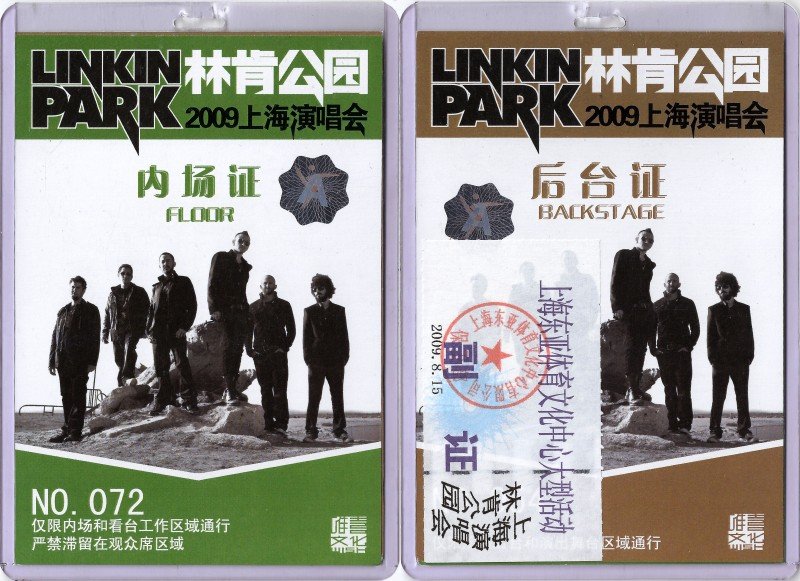 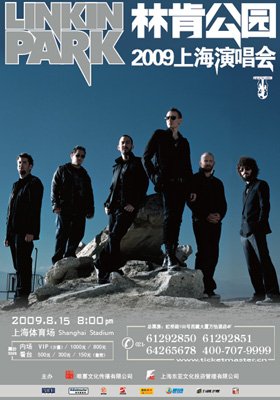 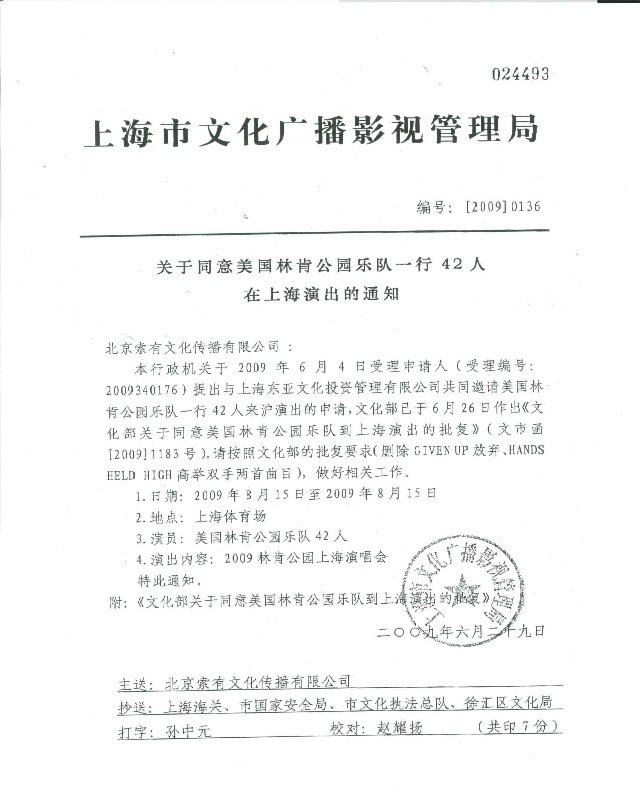