- After 'Bleed It Out', the band said good night and left the stage. The lights went out and a few minutes later, Mayleen Ramey introduced the band back to the stage for 'New Divide'.

- The show was held at the corner of Le Conte Ave and Broxton Ave, right outside of theater that debuted Transformers 2: The Revenge Of The Fallen. In order to hold the show in the street, the TR2 crew had to take over and shut down the Wilshire and Mann Villages in Westwood.

- Fans were only able to attend the show by winning tickets through KROQ or obtaining them via the LPU. It was reported that fans walking up right before show time were let in without passes, however.

- The video of 'New Divide' was released to the iTunes store a few months after the show.

- Audio of 'Bleed It Out' was released a few months after the show on Monster.com for a Linkin Park/Monster promotion. 'Yo' was also available here as a ringtone, which later appeared in a full version on LPU 12 as 'Brad's Yo'.

Comments: 'Bleed It Out' only. Monster Energy exclusive.

Comments: 'New Divide' only. Featured an introduction by Shia LeBeouf as well as the Mayleen Ramey introduction.

Comments: Widescreen. Alternative edit of 'New Divide' and about 10-15 seconds of 'What I've Done'. This video was available on the Jimmy Kimmel YouTube channel for a period of time, but then was set to private.

Comments: Widescreen. 'What I've Done', 'Faint', 'Bleed It Out' and 'New Divide'. Backstage footage before, between 'Faint' and 'Bleed It Out', and after the show. There's no known HD recording.

Comments: 'What I've Done' only.

Comments: Full show. Shaky, sometimes taper turns to the side and films. 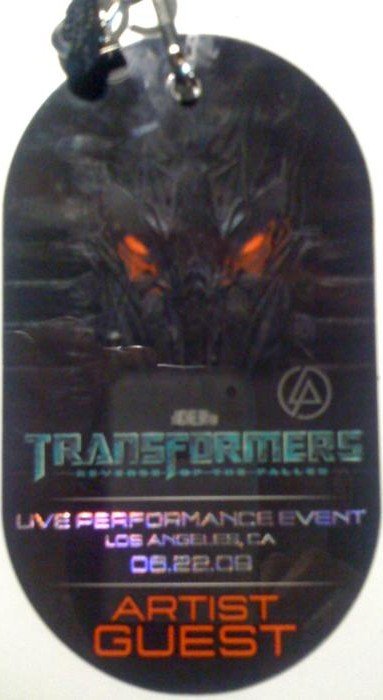 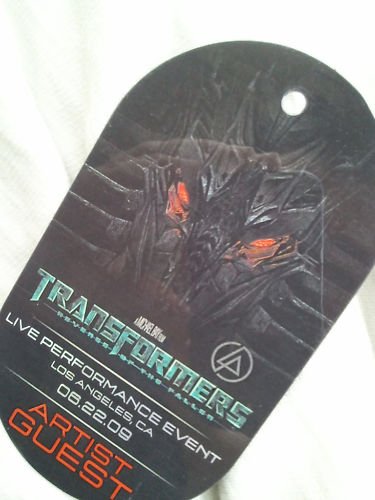 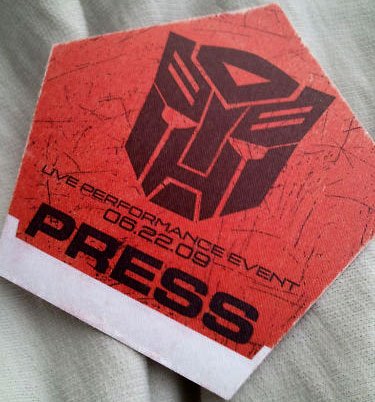 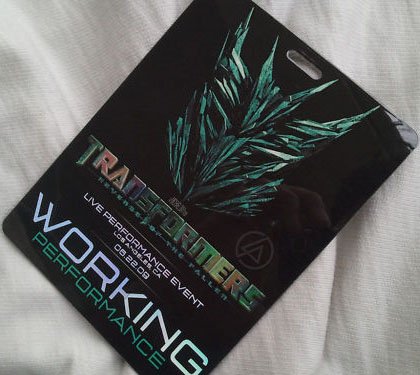 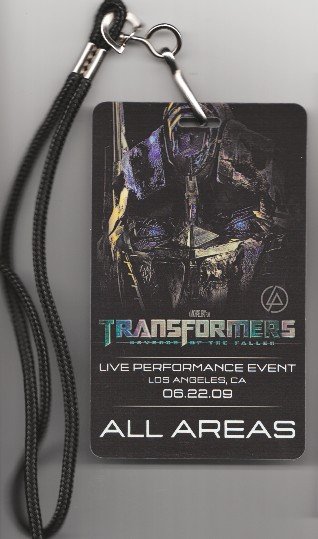 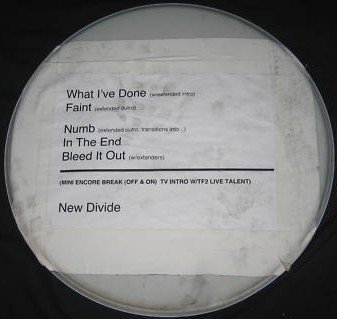