- Mike rapped verse one of 'Petrified' over the intro of 'Points Of Authority'. He continued the intro longer than usual, into the actual song, going back and forth with Chester on the lines "Why's everybody so Petrified?", etc.

- This was Linkin Park's first show in China.

- The first five songs of the show were the downloadable bonus content of the 'Minutes To Midnight South East Asia Tour Edition' CD.

- This show was rumored to take place at Shijingshan Stadium in Shanghai on April 14, 2007. A promoter "confirmed" the show and even put tickets on sale, but it was never announced. A likely explanation was the band was asked to play in April and booked the show in October, when they'd be heading to Asia for Minutes To Midnight.

- The band finished their vocals for the Busta Rhymes collaboration 'We Made It' before this show.

Upon arrival in Shanghai, we knew the show was going to be special…but we had no idea. When we were met at the airport, our promotion and label staff informed us that the last two rock bands to play China at the time were Nine Inch Nails and The Rolling Stones. They told us the largest concert by a foreign rock artist was The Stones show, which was attended by roughly 12,000 people. We were about to play a show at Shanghai Stadium, which was easily two times that size.

Upon arrival, we saw the concert was heavily guarded by national police. Every few feet, all along the perimeter of the venue–EVERYWHERE–stood an officer in uniform. I wasn’t sure if they were armed, but it was definitely different for us. We were informed that the police forces were all prepared to engage if there was any rioting, violence, etc…That scared the crap out of me. I pictured a few fans throwing something, the entire place erupting into violence, and foreign rock bands being banned from Chinese concerts for a long time. I thought it was a somewhat irrational fear. I was later informed that if a riot had occurred, the scenario above is exactly what would have happened.

Luckily, the Chinese fans–and our band and crew–never went down that path. it turned out to be one of the most exciting and important shows of our career so far. By the end, we even caught a few of the police guards nodding their heads to the music."

Comments: 'One Step Closer', 'Lying From You', 'Somewhere I Belong', 'No More Sorrow', and 'Papercut' from this source were additionally released on the Asian Tour Edition of Minutes To Midnight. 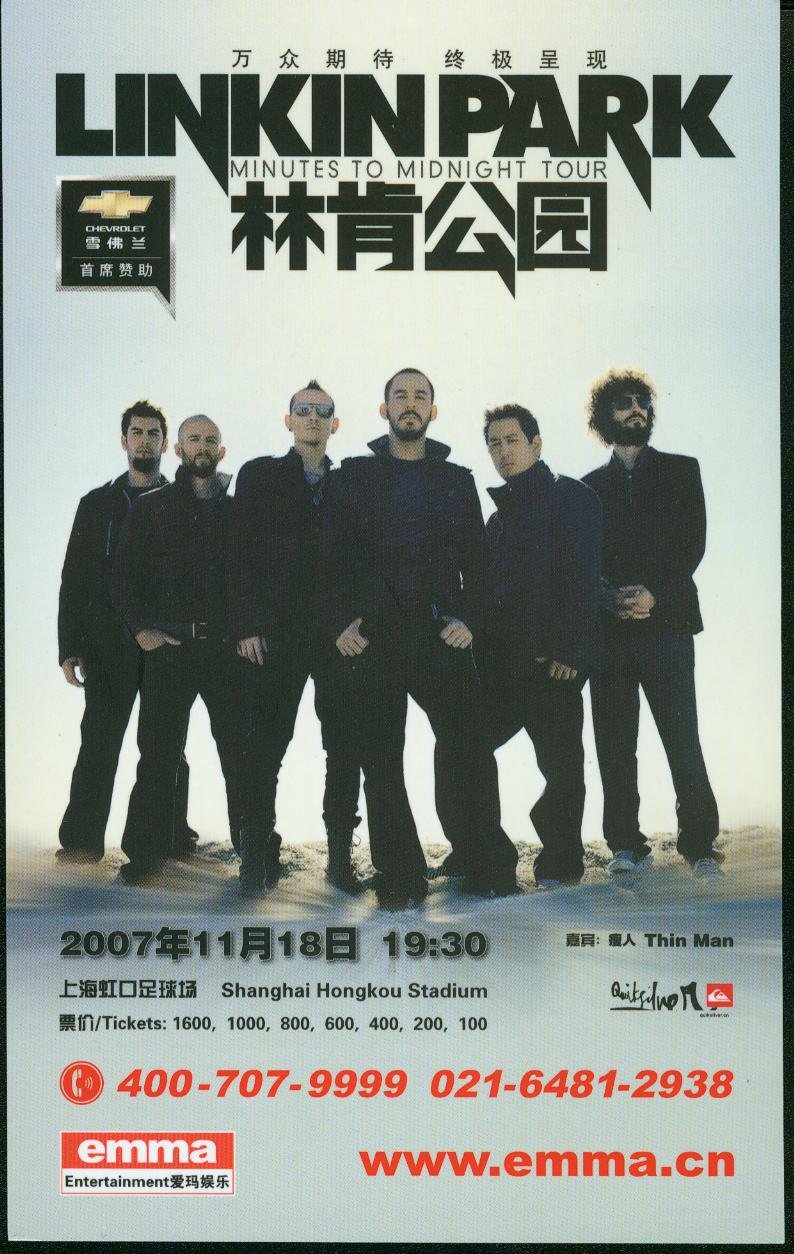 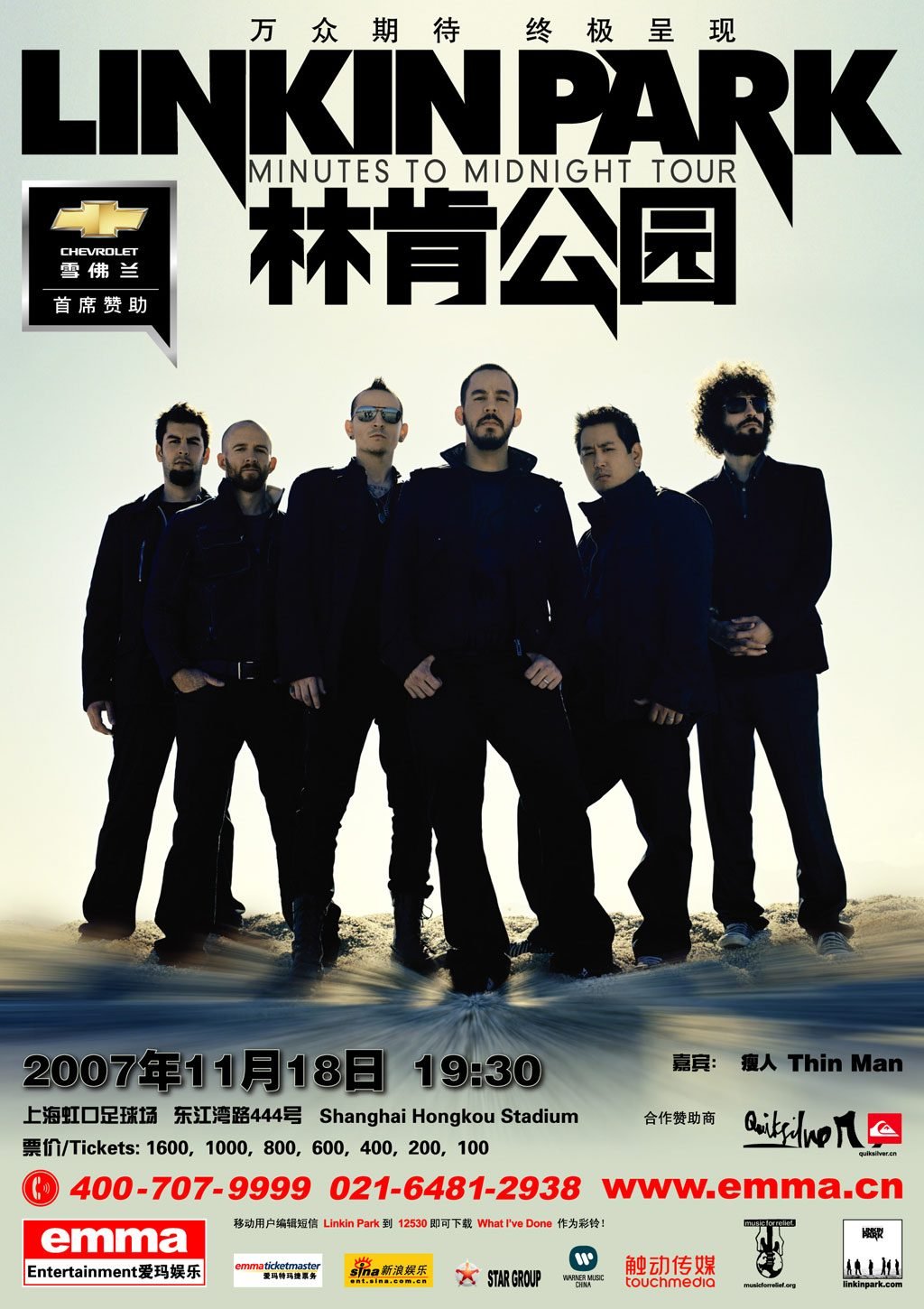