- Mike's guitar was muted for the first half of the 'No More Sorrow' intro.

- Mike rapped verse one of 'Petrified' over the intro of 'Points Of Authority'.

- This was Linkin Park's first show in Taiwan.

- The concert started 40+ minutes late due to the band being stuck in traffic on the way to the stadium. However, the band still played a full show without dropping anything from the setlist.

- This was the second biggest concert in history in Taiwan - the first being Michael Jackson thirteen years prior.

- An estimated 40,000 people turned out for the show, which would be Linkin Park's biggest crowd of the tour and their second biggest headlining show ever.

- From 9pm the day before the show to 6am the day of the show. Linkin Park entered a studio in Taiwan to record most of their parts for the Busta Rhymes collaboration 'We Made It'. The vocals were finalized at the next stop of the tour in Shanghai, China.

Comments: 'Wake' only. Same mix as Source 0a but slight editing done (fade-in, fade-out, etc). Released on the Minutes To Midnight - Live Around The World album.

Comments: Incomplete. 'No More Sorrow' to 'From The Inside' only. 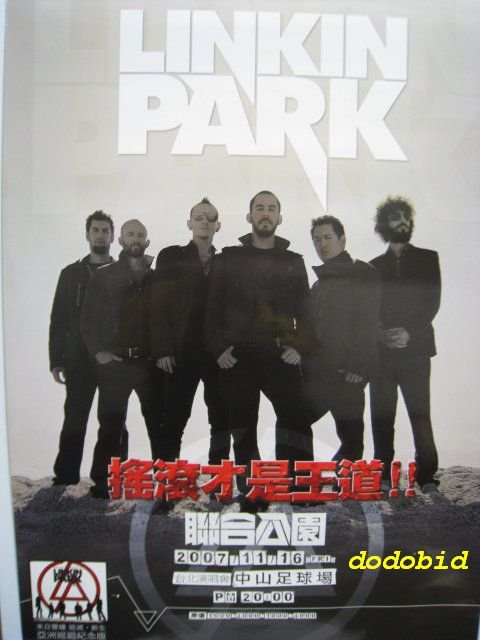